All Signs Point to… Bilgoraj, Poland

This is a guest post by my niece, Fredi Seraydarian, who visited Poland in 2015 with her family. One of the towns they explored is Bilgoraj, the city where my great-grandmother came from.

Greetings from Bilgoraj, Poland. It’s the town my great-great-grandmother (your great-grandmother) left in 1880 to start a new life in New York. Bilgoraj looks like the other small towns we saw in Poland with a town square, onion-domed churches, utilitarian Soviet-era apartments and run-down storefronts.

There’s no evidence of the previous Jewish residents, who either fled or died at the hands of the Nazis, who burned down the town during World War II. I googled Bilgoraj and learned that Isaac Bashevis Singer lived there, and Harvey Keitel’s father was also from there. 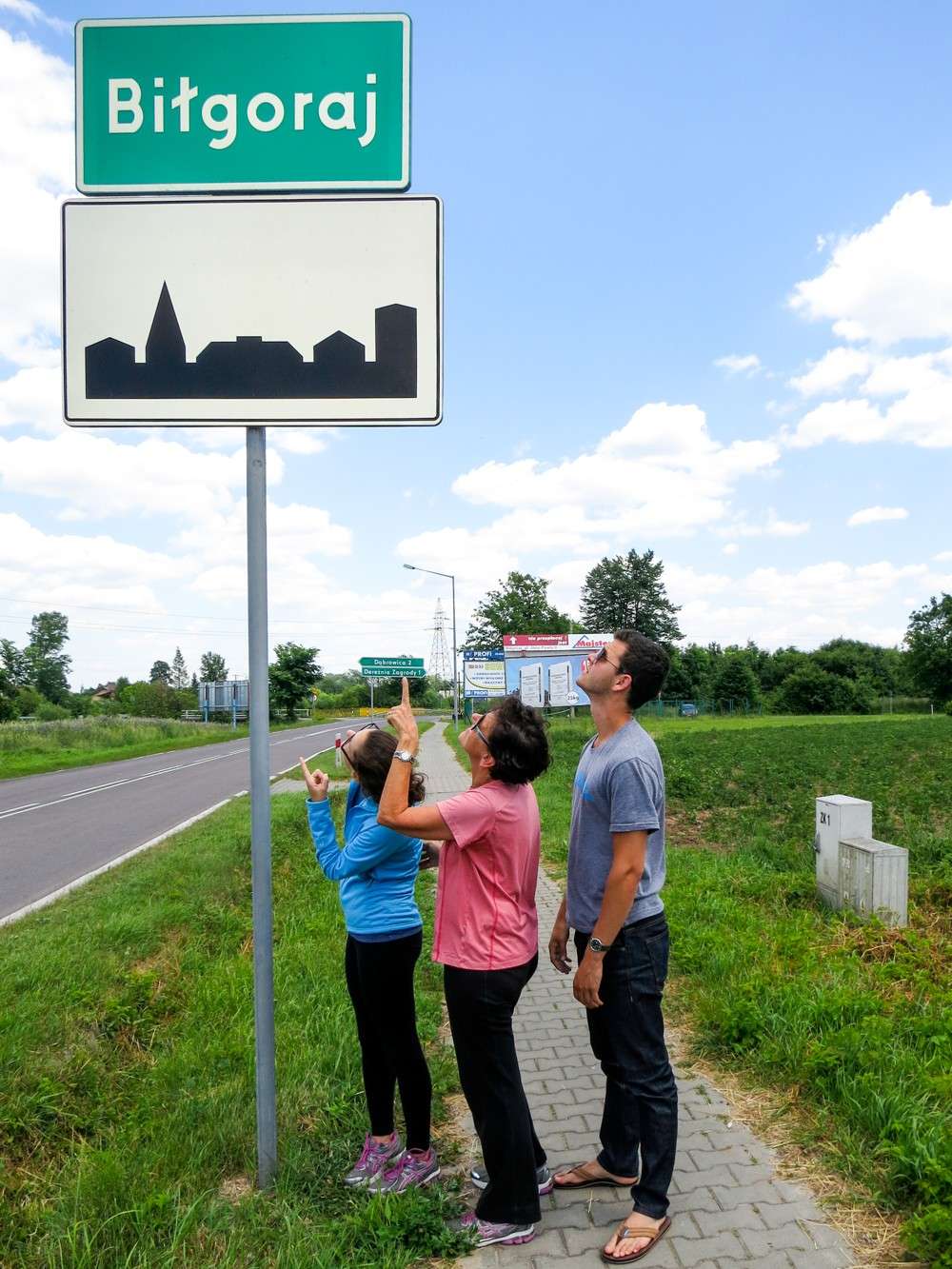 In the town square we  found a left-over Soviet metal sculpture that must have honored a past something or someone. A man we met said it commemorated their brave Polish heroes, but that once the Soviets left it represented just about everyone for just about anything. The ultimate in adaptability. 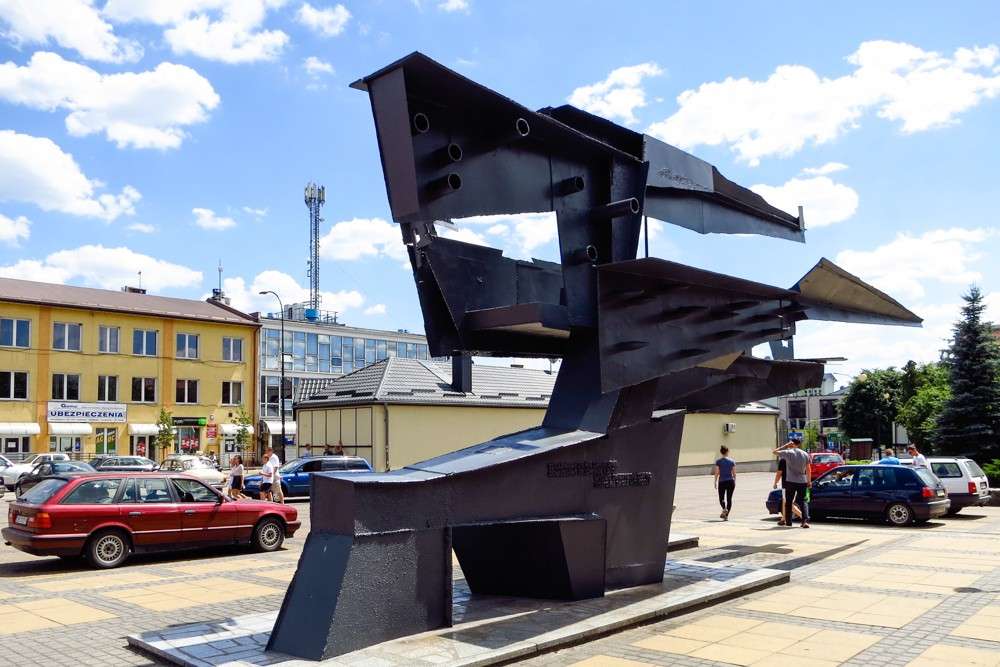 Soviet-era art in the town square in Bilgoraj, Poland.

This is what passed for fashion in small-town Poland. 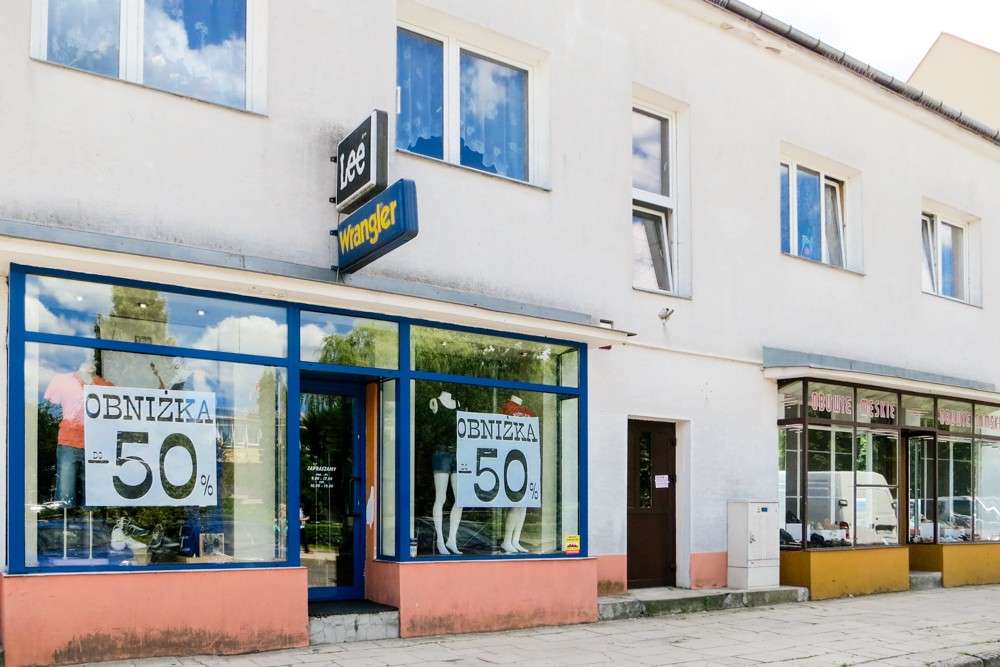 Shopping options in 2015 in Bilgoraj, Poland.

Typical of towns in Eastern Poland, there are a multitude of ornate churches with onion domes and Russian Orthodox crosses. 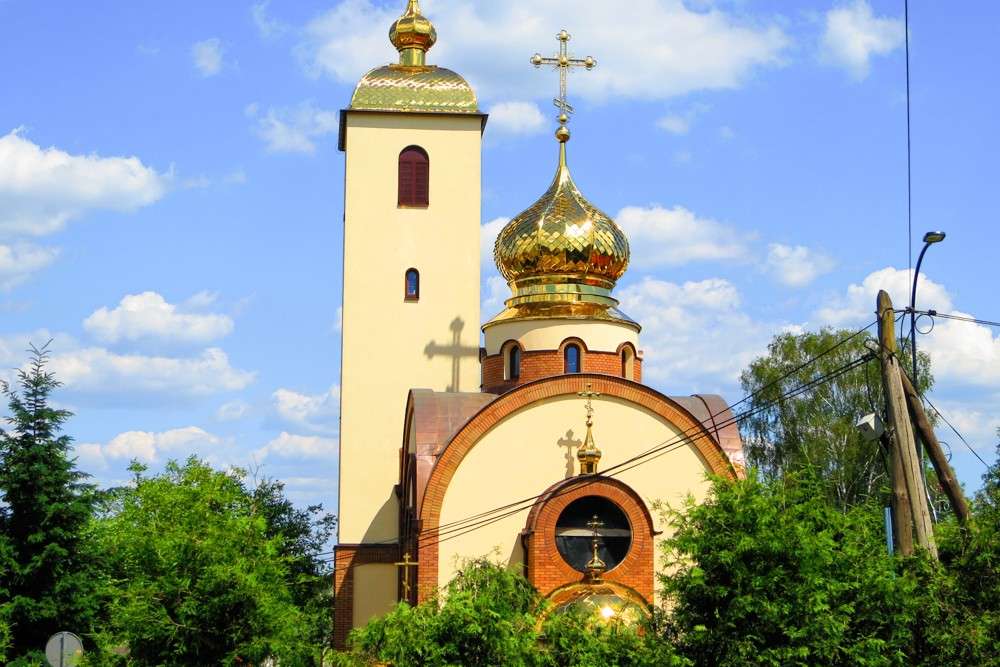 I discovered where your love of poppy-seed pastry comes from. We saw it all over Poland, fresh and yummy. 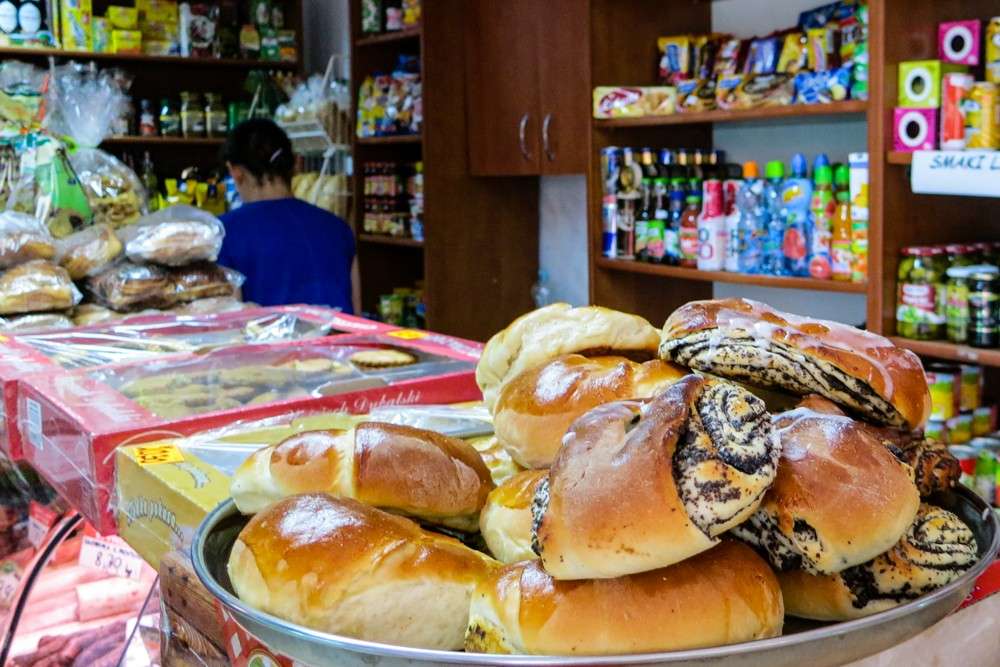 And speaking of food, check out the typo on the orange Pierogi sign. 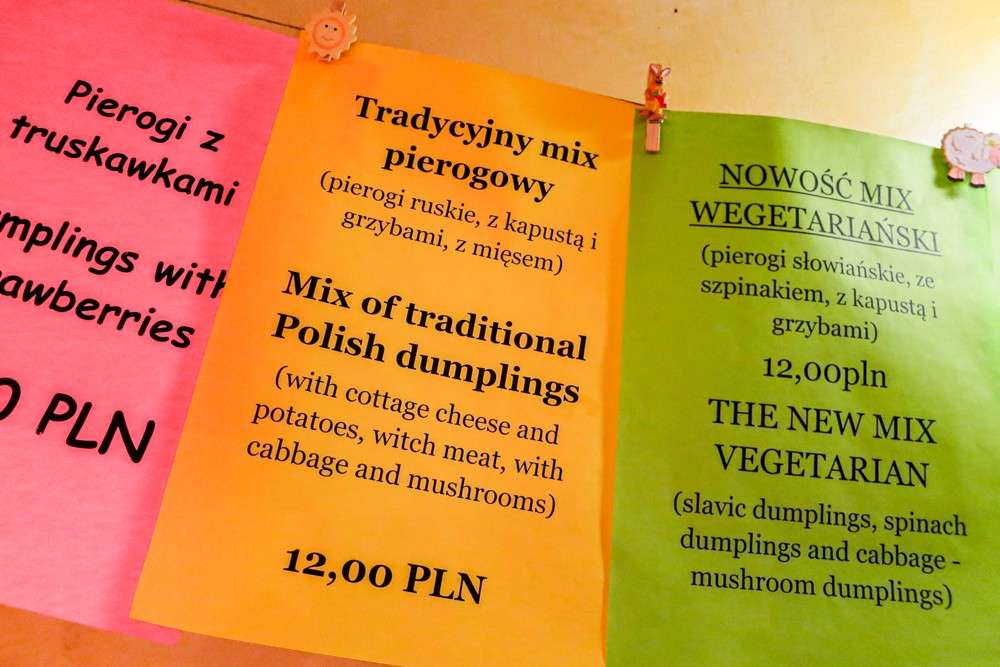 Hum, I wonder how the “witch” meat tastes with cabbage and mushrooms.

Here’s a list of Bilgoraj’s sister cities from around the world, including one in Israel. Definitely a sign of the new Poland. ~~ Love, Fredi 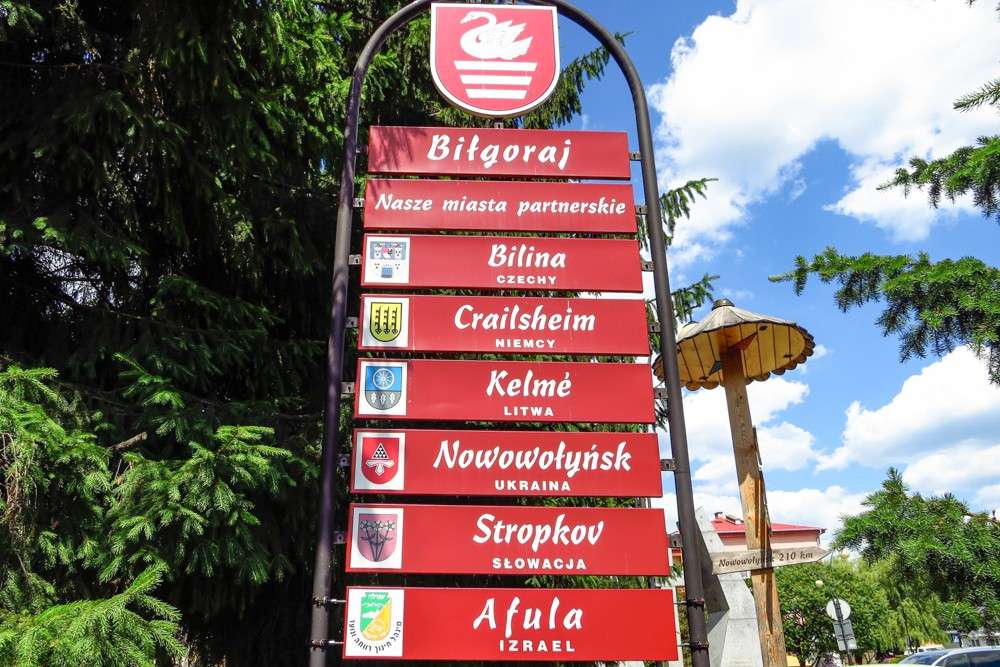 It’s nice to see that Bilgoraj has such a lovely family of sister cities.

So excited you could see the town where my great-grandmother and your great-great-grandmother came from. You are named for Grandpa Fred, her youngest son. I never met him, but your mom and all the other cousins adored him. My great-grandmother, Pauline Mittler, was famous in New York as the midwife who brought a whole generation of Jewish babies into the world, including people like Leonard Bernstein and New York Senator Jacob Javits. She lived to be 102. ~ Ellen