The Ganges Gets a Bath

On the Ganges in Varanasi, India 10 Comments
7

I didn’t know if I was watching a religious ceremony or a performance. It was just after sunset, and I was sitting in a rowboat with my husband David and our guide Pankaj Singh, looking at the lights and crowds at the Dashashvamedh Ghat in Varanasi. 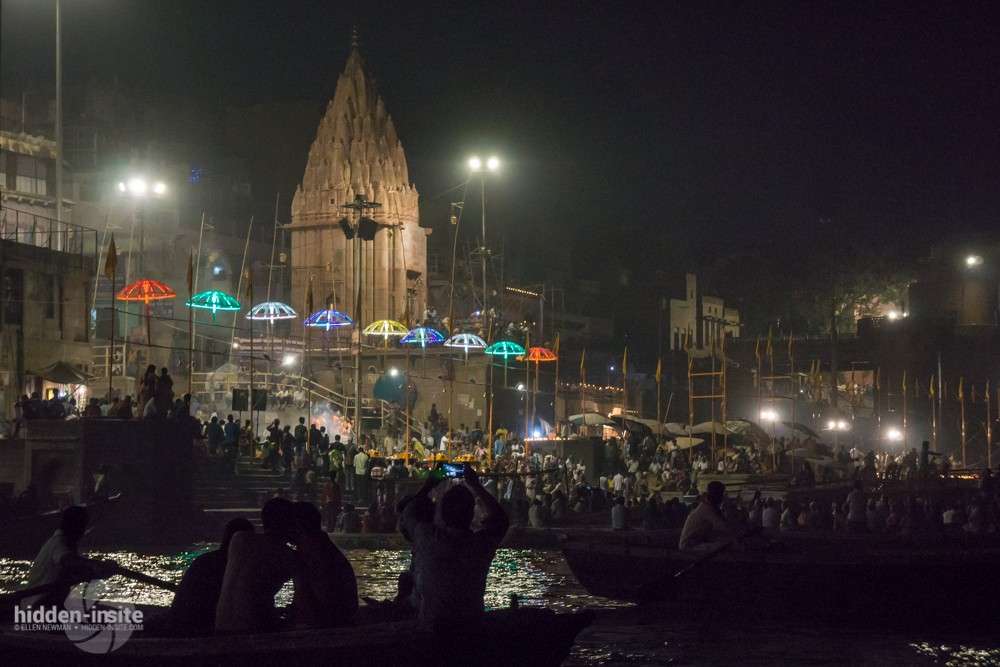 Loudspeakers carry the priests’ Vedic chants up and down the ghats, the steep steps that line the banks of the Ganges. “They start the ceremony by taking a vow,” explained Pankaj. “They chant the time. Is this morning or evening? What are their names, their ancestor’s names? They are reciting, ‘My name is Mr. Pankaj; I am the son of Mr. Singh, and it is six o’clock in the evening. I am praying from the Indian continent in the city of Varanasi.’ It’s like the pathways on the computer. You are telling the gods your pathway so they know you are from Varanasi.” 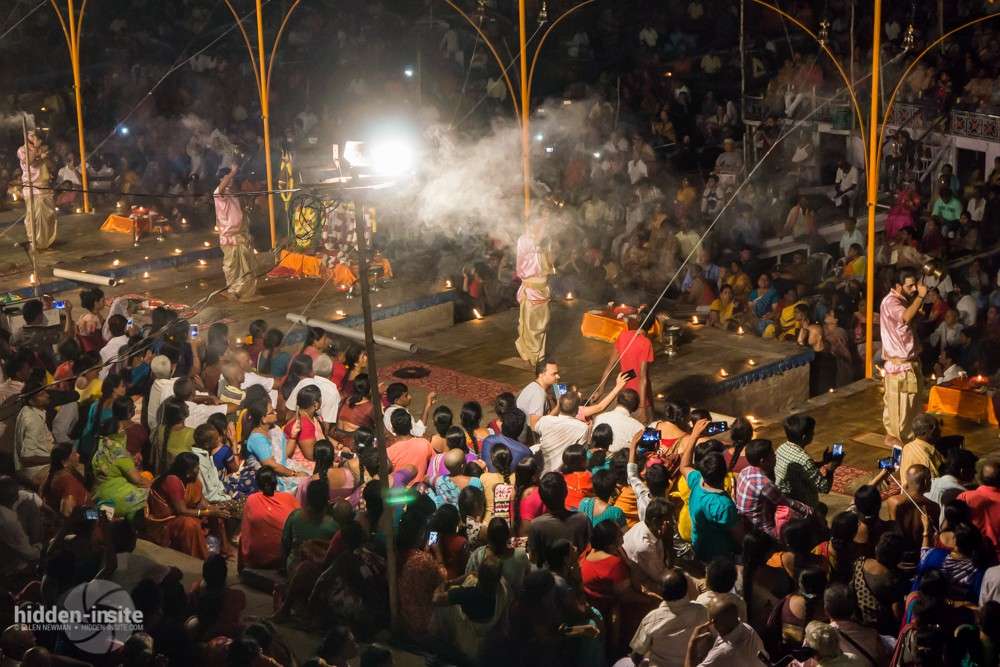 But that’s just the beginning. The seven priests continue in unison, invoking the deities with the primal cry of conch shells blown like horns. Next comes burning incense to help them concentrate on the gods so they are not distracted, followed by smoke for purification. As the smoke dissipates the priests light 108 candles. “When we pray to the god, we say his name 108 times,” comments Pankaj. “We make fire because it is the symbol of knowledge and darkness is the symbol of ignorance. When you light fire, darkness goes away and light comes.” 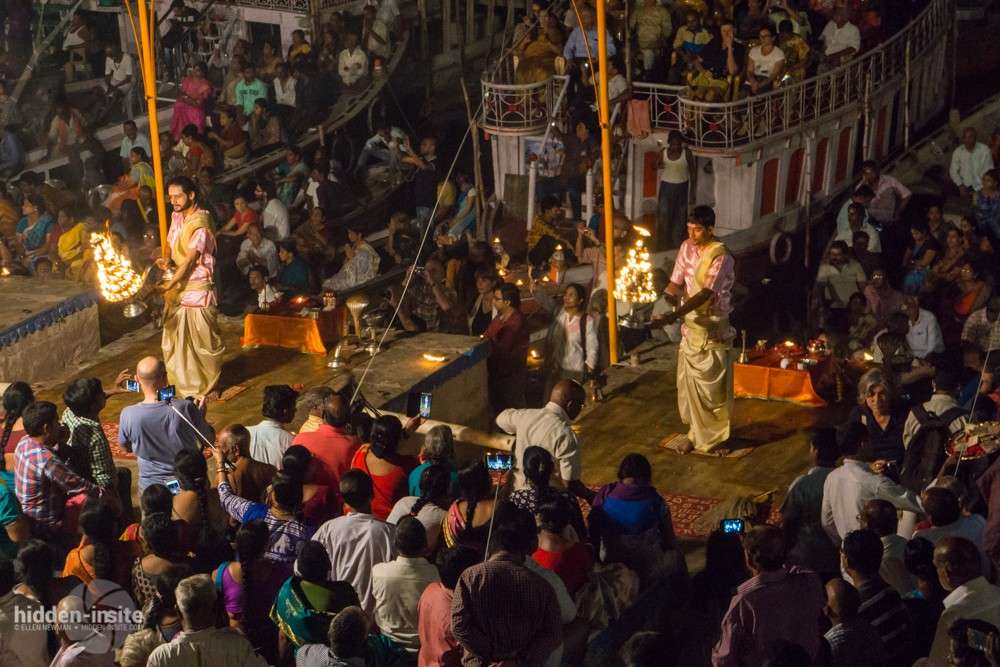 The aarti ceremony, which takes place in many cities along the Ganges, may be ancient, but today it has a new wrinkle.

Before we left San Francisco for India, friends warned us: You might see bodies floating down the Ganges. The pollution is terrible. Don’t be surprised if you see dead cows in the river. Revered as a god, the holy Ganges is supposed to be immune to contamination and overuse. But the river supports more than 400 million people with inadequate sanitation along its 1,550-mile length. Riverside industries discharging noxious pollutants include agriculture, fabric dyeing and tanneries, none of which is known for its environmental sensitivity. Tallies of coliform bacteria are shockingly high given how many people bathe and swim in the Ganges every day. 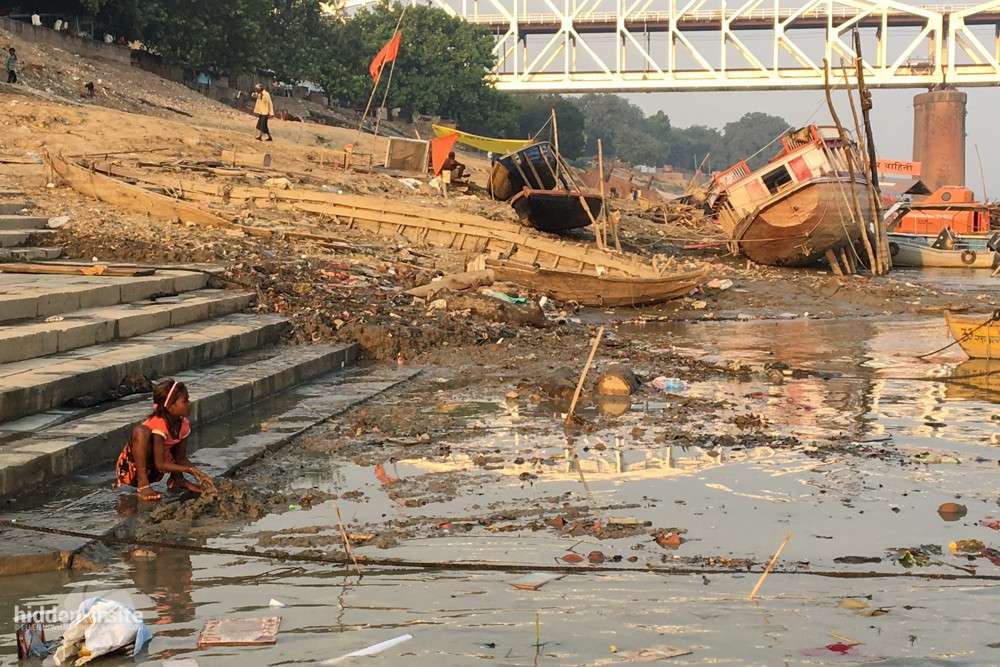 Mr. Modi, among other promises, ran on a platform that vowed to clean up the Ganges and to clean up India from Varanasi. His administration has proposed a 340 million dollar budget to get the job done. A recent Indian high court ruling declared that the Ganges and its main tributary, the Yamuna, which runs through Delhi, are “living persons.” That decision means that polluting or damaging the rivers is the legal equivalent of harming a person. 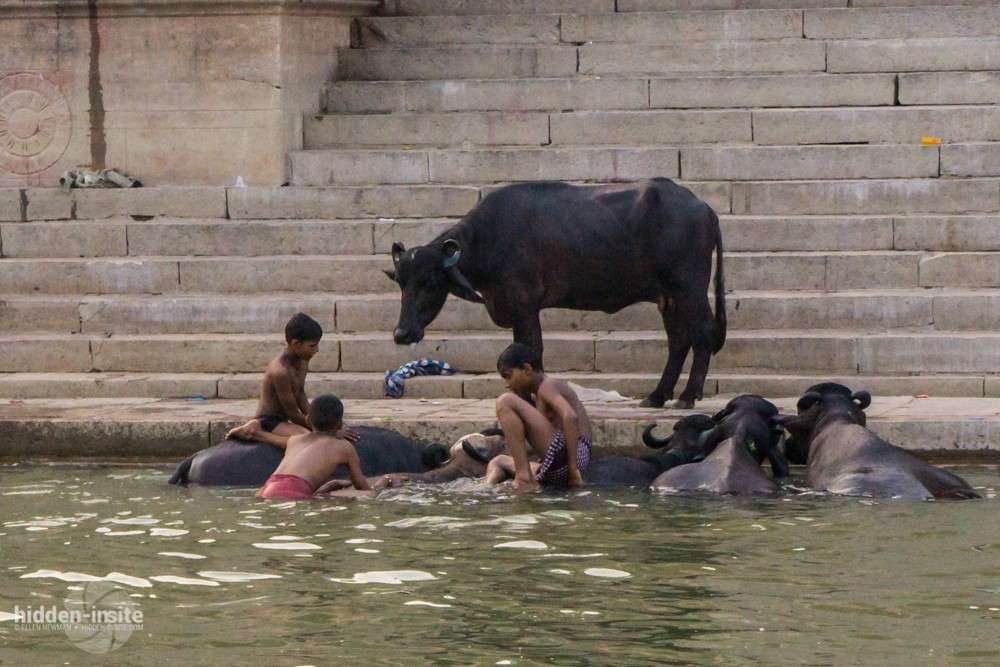 “It’s now illegal to throw things in the river,” noted Pankaj. “People used to throw statues of the gods and goddesses in the river. Now if you pollute the Ganges, you can go to jail. We have strict laws here, but there can be poor implementation.” 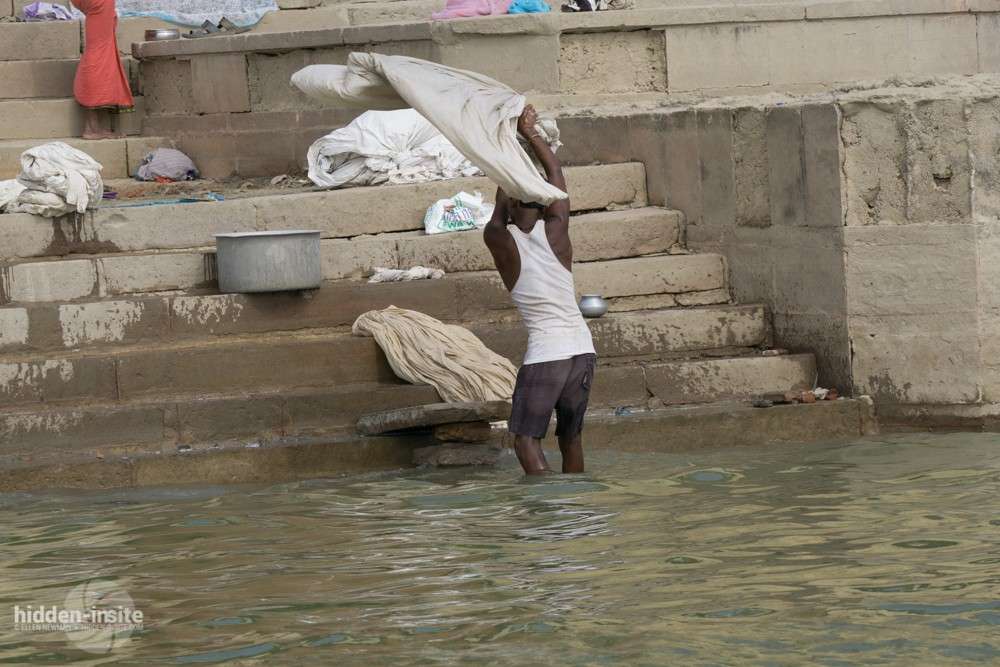 Our impression: The Ganges was much cleaner than we expected. We didn’t see any bodies, dead cattle or discarded statues. We obviously can’t speak to the quality of the water itself. To be on the safe side, we never put so much as a toe in the water, and certainly didn’t drink any river water. Instead we drank in the spirit of a holy city putting its ancient prayers to work on behalf of a 21st-century problem. 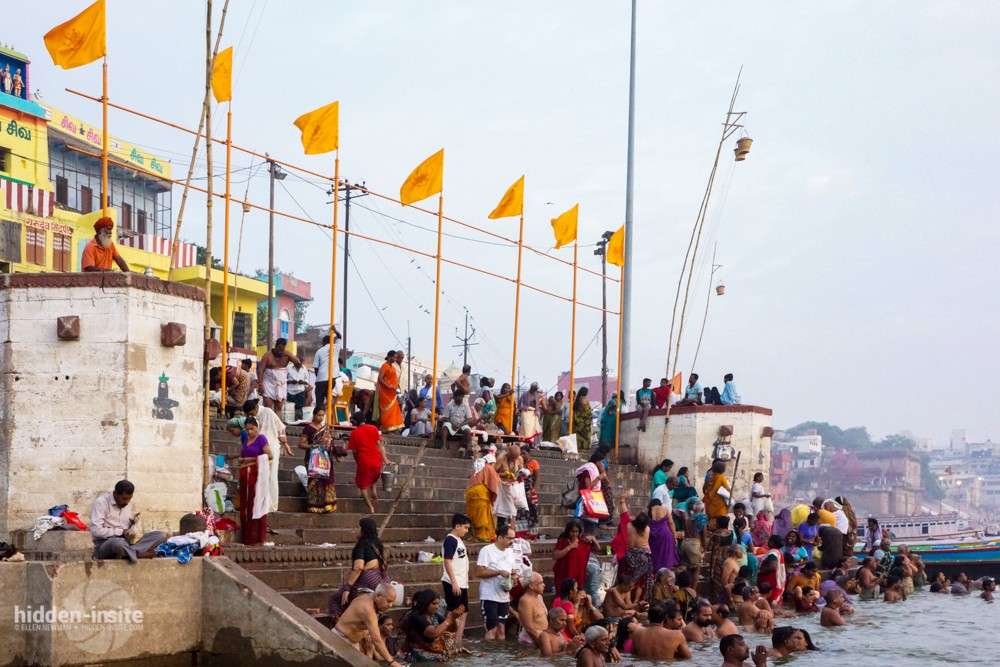 We wish the people along the Ganges perseverance and luck in getting the job done.

Enjoy a video of aarti on the Ganges.