Vancouver 1954: Roger Bannister and Me

Roger Bannister never knew me. But I’ve carried his name around since the one day in 1954 when we were in the same place at the same time. Well, kind of. I was in the stands at the British Empire and Commonwealth Games in Vancouver. He was on the track for less than four minutes. But what an exciting four minutes it was.

Oprah knows many things for sure, or so she tells us. I’ve always thought I knew what happened that day for sure, too. Well, kind of. I remember that the crowd was really excited, even my mother. It was the first live sporting event I ever saw. It’s hard to believe now, but it was still three years before the Dodgers moved to Los Angeles and six years before the Olympics were broadcast to U.S. audiences.

The sad news that Roger Bannister died in March of 2018 brought back my memories of that day and of that trip. We were in Vancouver to visit my recently married sister, Barbara. Her husband, Allan, was from Vancouver.

Formal Canada felt very far away from our home in casual Los Angeles. I remember the image of a young Queen Elizabeth II smiling out from decorative plates and cups in endless china shops, all celebrating her coronation the year before. Just a few years older than Barbara, she was Queen of England and the British Empire. I didn’t really understand what empire meant, and I certainly had no understanding that the British version was rapidly fraying.

That day, none of that mattered. A ticket to the British Empire and Commonwealth Games was the hottest ducat in town. Barbara’s father-in-law got the whole family fabulous seats just a few rows behind Prince Philip, the Duke of Edinburgh. It was August 7, the day before my ninth birthday and the closing day of the meet. And I’ve remembered that day ever since. At least that’s what I thought. 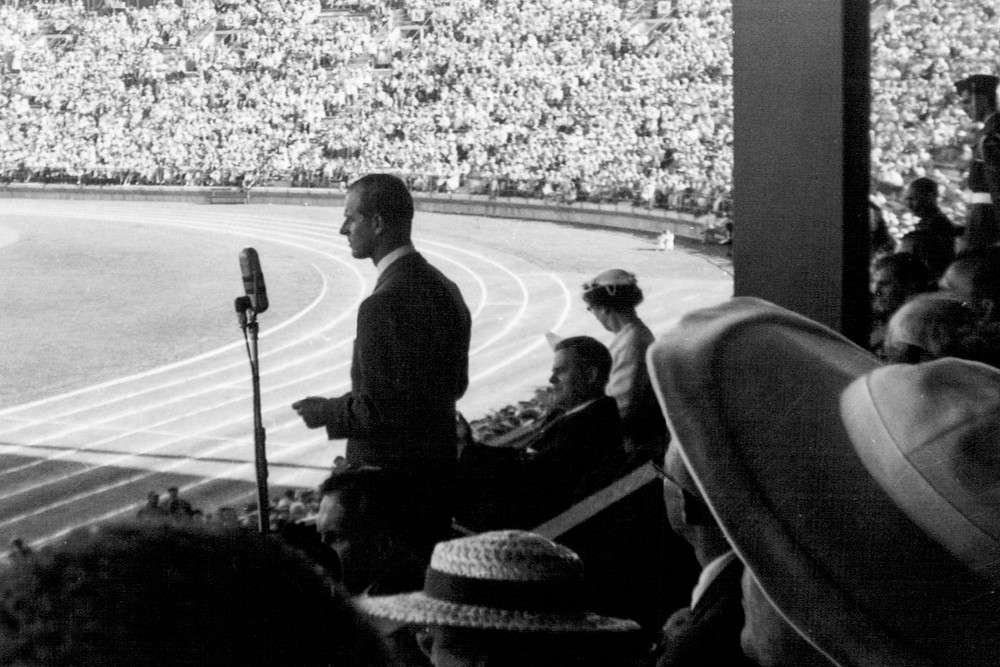 You see, in my memory, that was the day Roger Bannister broke the four-minute-mile for the first time. Apparently not. As I read the detailed account of his life in the New York Times, I discovered that he had broken the four-minute mark on his home turf at Iffly Field in Oxford, England, on May 6, 1954, just three months earlier. But in this race he was going to meet Australian runner John Landy, who in June had lowered the world record to 3:58.0. I remember seeing the Scots Guard marching in the stadium and Prince Philip standing up to welcome the crowd. The ladies were all dressed up in decorative hats, and the men wore business suits. That didn’t keep them from cheering wildly. I could barely see. My father tried to explain the track and field events. The pole vault captured my imagination. Even with our good seats, everyone seemed really small and far away.

Today, trying to figure out if my memories were real, David and I dragged out seven plastic filing boxes filled with my father’s photos. Sifting through them one by one, we discovered family treasures and then one three-by-three black-and-white image of a track field in a full stadium. That looked about right. Nearby in the pile were pictures of the Capilano Suspension Bridge and the chair lift on Grouse Mountain, Vancouver tourist attractions. 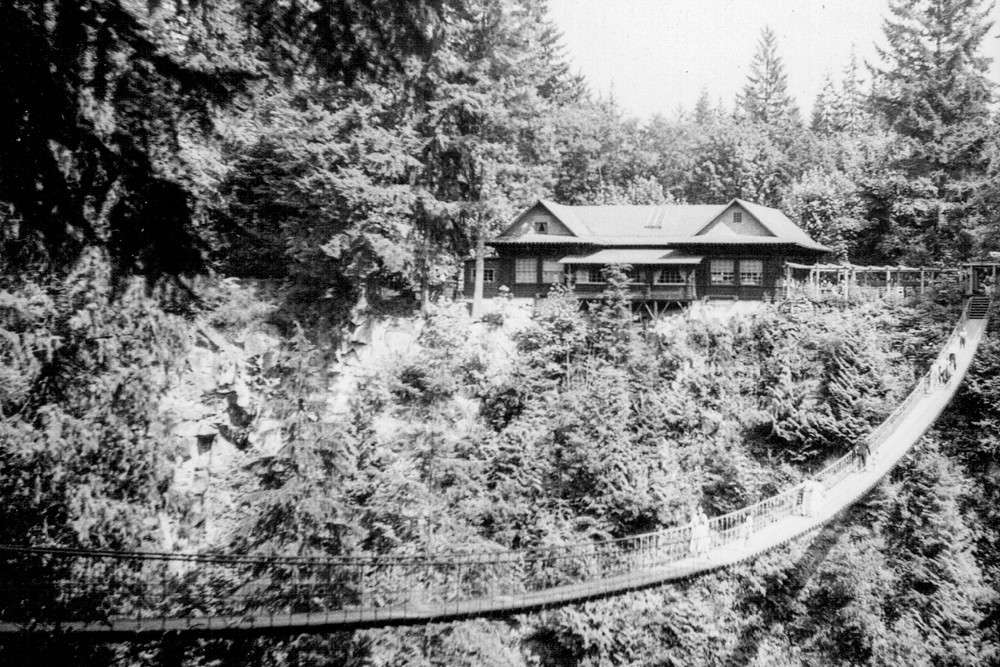 But the image that was seared into my memory was the one of Prince Philip addressing the throngs. Where was it? Did I make it up? We really did see him. I thought I knew that for sure. Two boxes later another pile of three-by-threes showed up. Yes! There it was, looking very much like a scene I saw recently in the Netflix series “The Crown” about Queen Elizabeth II and her relationship with Philip. 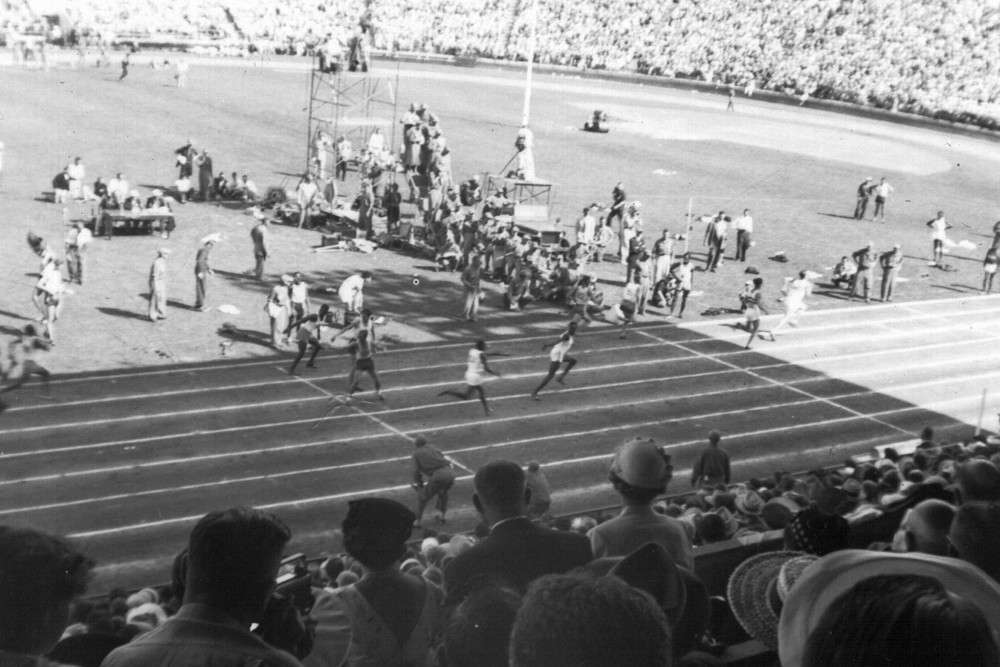 And next to that picture was one of two racers looking like they were crossing a finish line. Could it be? Was it Bannister and Landy? We scanned the images and blew them up. Alas, the race seems to be a relay, with one runner handing a baton to another. It was still exciting to confirm my memories of that day.

So, what did I get wrong? Bannister did set a personal best that day, beating his own time from May. He finished what came to be called the Miracle Mile in 3:58.8. Landy also beat the four-minute mark, the first time two men had run a mile under four minutes in the same race. That’s why everyone was so thrilled. We all saw sports history made that day. And my memory wasn’t too far off.