When I was a child, I hated my piano lessons. Really. I hated it when Mrs. Singer drove up to the house. I hated sitting at the baby grand in our bay window where my friends could see me struggling when they came by to play. And more than anything, I hated the feeling of complete incompetence that washed over me when my mother stormed into the living room brandishing a carrot she was peeling. “Can’t you tell when you hit a wrong note?” she scolded. Apparently not.

And so, despite earning those little white busts of Beethoven, Bach and Mozart, I quit piano and pretty much anything else musical. Oh, I occasionally played a round of Chopsticks at camp. But that was pretty much the end of music-making in my life.

So, imagine my surprise when I discovered Flower Piano at the Botanical Garden in Golden Gate Park in 2016. It was the second year of an amazing 12-day interactive community event co-sponsored by Sunset Piano and the San Francisco Botanical Garden. The premise is simple enough, if you think carting 12 pianos to strategic spots like the Great Meadow or the Moon Viewing Garden in the Botanical Garden is easy. The dozen pianos placed around the garden in Golden Gate Park are there for anyone to play. At designated times, particularly on the two weekends, guest artists are invited to play. People wander by. Toddlers run up to the performers. Couples nuzzle in the shady nooks. And I was delighted. 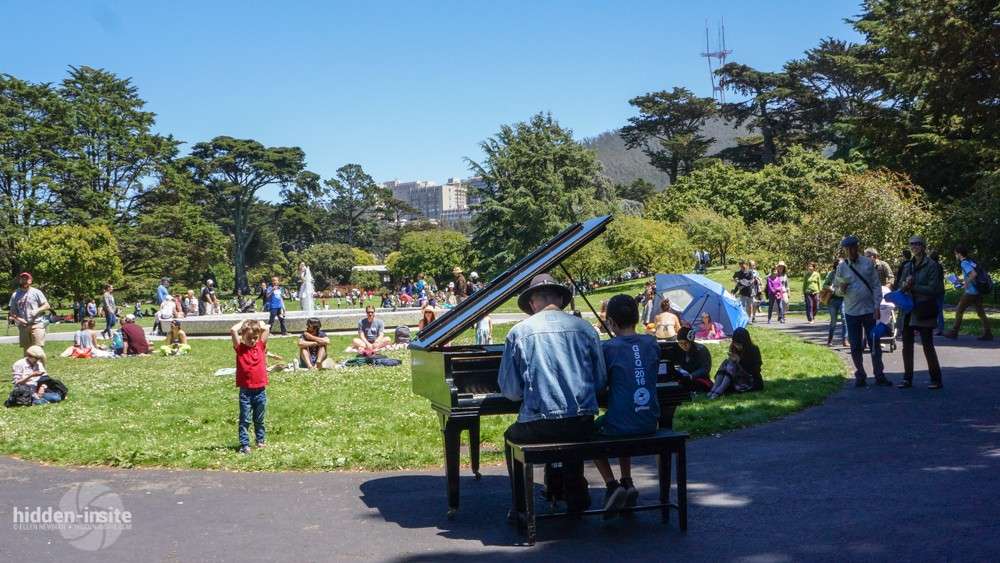 The Botanical Garden, wonderful during any season, was transformed into an enchanted fairyland. Time drifted by like a light summer fog caressing the trees. As I wandered by the various pianos, the soundtrack morphed from classical—think Chopin and Liszt—to Heart and Soul. In the redwood grove, a gray-haired lady in black sweats pounded out some ragtime.

And a group of boys from the neighborhood, my neighborhood, tried some New Orleans-style jazz. A Cuban band had everyone clapping in rhythm, and soulful pianists pulled at our heartstrings as their notes floated above the reflecting pond in the Moon Viewing Garden. 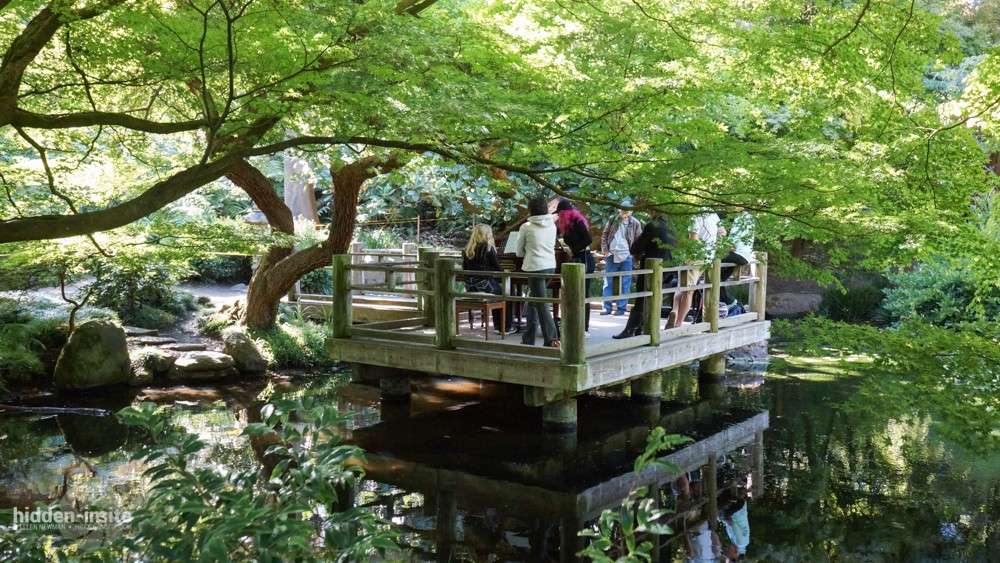 Part of the joy of Flower Piano is its unpredictability. The player at one piano might be incredibly accomplished and the one at the next might be a novice. Some pianos were in good tune, others less so. You can hear anything from Hungarian Rhapsody to a kid in board shorts banging out the James Bond theme.

The birth of Flower Piano

Flower Piano was the brainchild of Mauro ffortissimo and Dean Mermell, partners in Sunset Piano. No, Sunset Piano is not a music store on Irving Street. It’s a collaboration between two multi-disciplinary artists interested in promoting piano culture. Mauro’s first piece was called Sunset Piano because he rolled an heirloom grand piano out to the bluffs above Half Moon Bay on the coast south of San Francisco and played at sunset. News of his unorthodox concerts spread virally until he had a full catastrophe news team on hand for his finale, when he gave the old piano a grand send-off, Burning Man-style.

Mauro hooked up with Dean for Opus 2, placing 12 pianos along the San Mateo County coast. They scouted locations and hunted “rescue” pianos which they placed near jogging trails, on the tops of mountains and in hidden forests. They recruited musicians and dodged local authorities. They paid for the event and the film Dean made with a Kickstarter campaign. They nurtured piano culture, and music happened.

And then for Opus 3, they were invited by various Bay Area cities to bring pianos to venues and parks. Flower Piano grew from those early seeds. Dean and Mauro approached San Francisco’s Recreation and Park Department about bringing pianos to Golden Gate Park, and were referred to the San Francisco Botanical Garden, a more contained area within the park and a nonprofit that could help with logistics and fundraising. 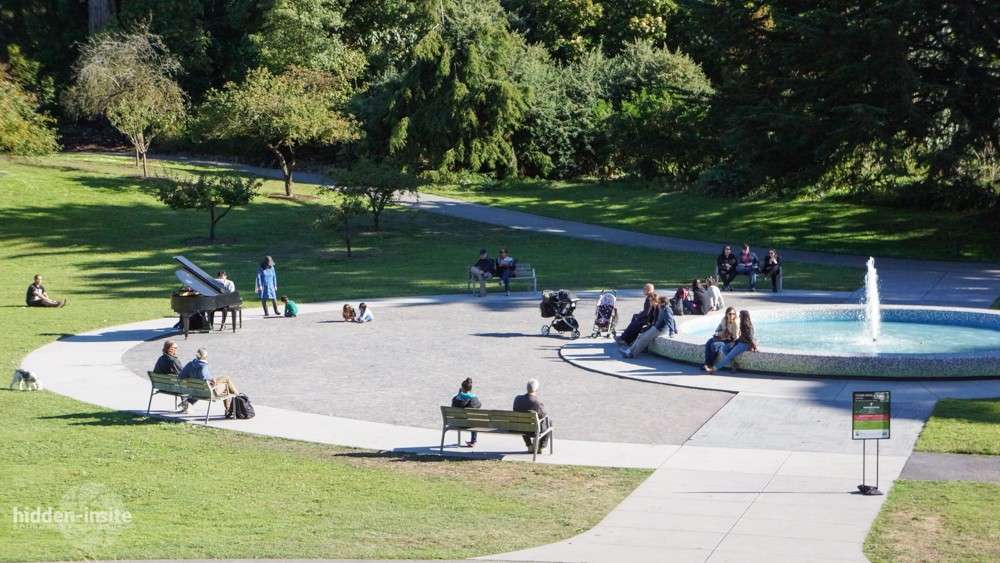 “Timing is everything,” says Brendan Lange, director of visitor experience and marketing for the Botanical Garden. “We were approaching our 75th anniversary and jumped at the idea.” The jump paid off, bringing in 10 percent of the garden’s annual visitors in just 12 days in July. Donors loved it, raising the quarter-million dollars necessary to produce the event each year. “Flower Piano activates the garden in such a joyful way,” adds Brendan. “It brings people together around the pianos, whether they are enjoying each other’s playing, singing, or sketching or painting in a corner.” 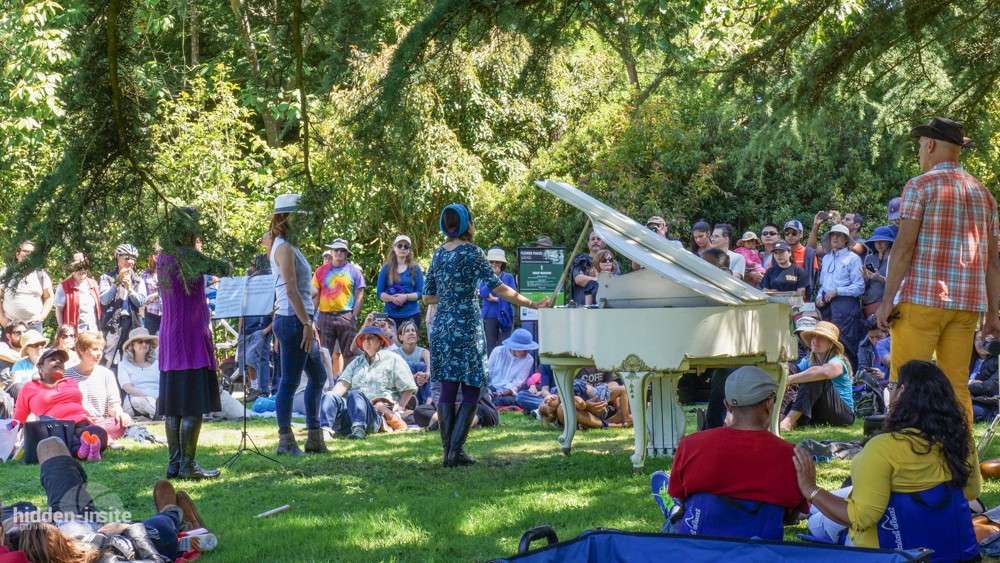 Dean and Mauro provide the pianos and the artistic curation, inviting musicians for the weekend performances and the evening Night Garden events. “It’s a new experience for people to play or listen when you take the piano out of its usual context in the living room and put it outside,” says Dean. “It opens people up and creates a sense of wonder.” 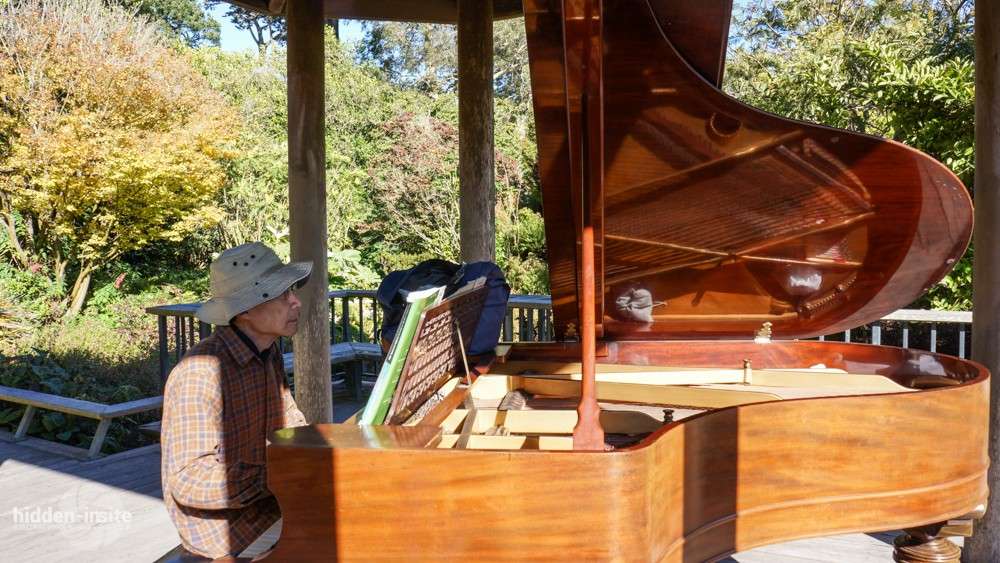 I asked Dean about his favorite moments. “The whole thing is a favorite moment. It’s a field of possibilities, not knowing what to expect musically or otherwise.” 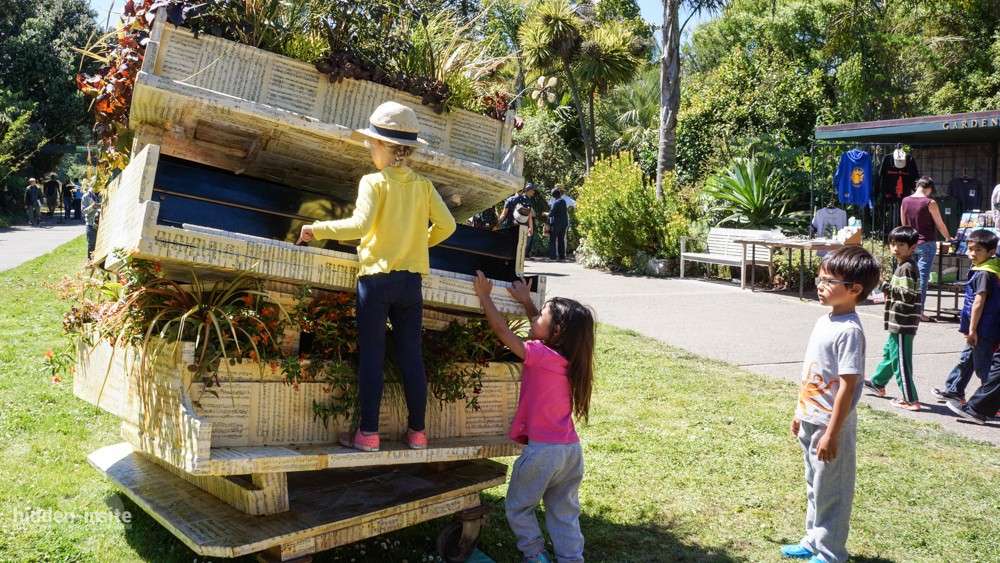 As for me, I felt like I was at an exclusive garden party on a grand estate, with musicians playing just for me. But they were regular people who stuck out their lessons, unlike me. For some it’s their first time playing in public; others are accomplished performers. But all of them are putting their heart and soul into making music for all of us. If you’re in the Bay Area this week stop by. You’ll be delighted!

You can find performance and event details here on the San Francisco Botanical Garden website.