Yosemite on a Winter Day

Driving home from our holiday trip to Anza Borrego State Park near San Diego, my niece commented, “California is so beautiful in the winter.” I have to agree. The sun is low, the shadows profound, and the light on hillsides and mountaintops glows with a special radiance.

On the winter solstice in 2017 we toured Yosemite Valley with Christine Loberg from the Ansel Adams Gallery. A photographer herself and an experienced guide, she knew exactly where we needed to be when to get photographs with the best light. It had snowed lightly the day before and the edges of the Merced River were frozen in fabulous patterns. Fallen leaves were dusted with frost. The iconic landmarks, El Capitan and Half Dome, stood strong against the blue sky, while the forests below were as dark and foreboding as the woods in a Grimm’s fairy tale. 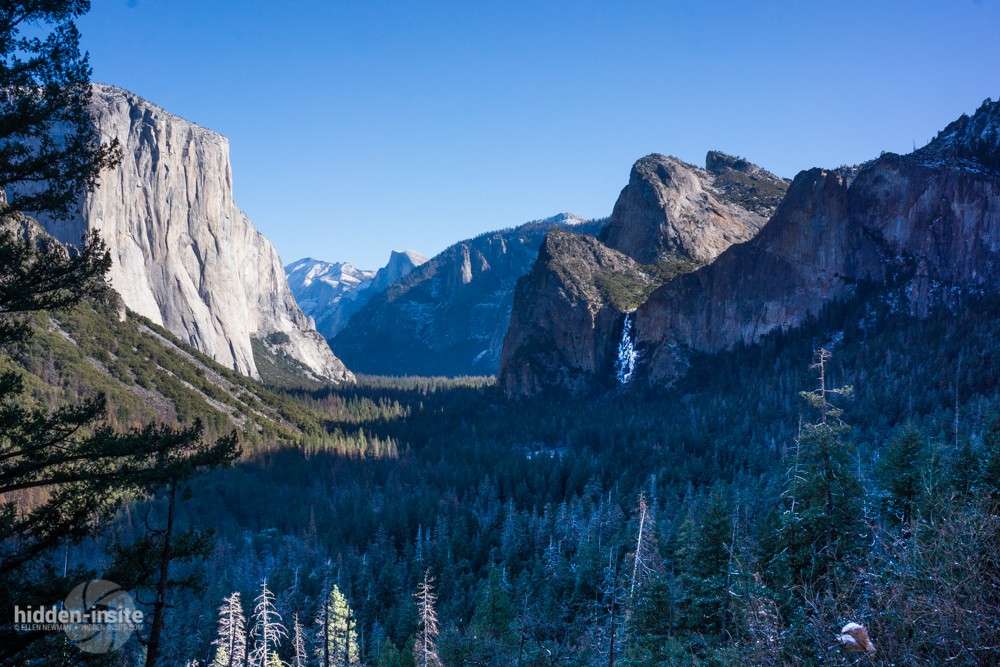 Today, during the first week of the New Year, we’re in the midst of another type of grim fairy tale, a partial government shutdown that is leaving Yosemite vulnerable. Newspapers are reporting mountains of garbage and roads turned into toilets. With park rangers furloughed, there is no one to pick up the trash or clean the restrooms. Illegal off-roading is damaging fragile meadows. The venerable park is being overwhelmed.

Concerned for one of my favorite places that I first toured with my parents when I was six, I decided to go back to the source, John Muir, the Scottish-American naturalist, writer and preservationist. He was instrumental in establishing Yosemite as the third national park in America in 1890. 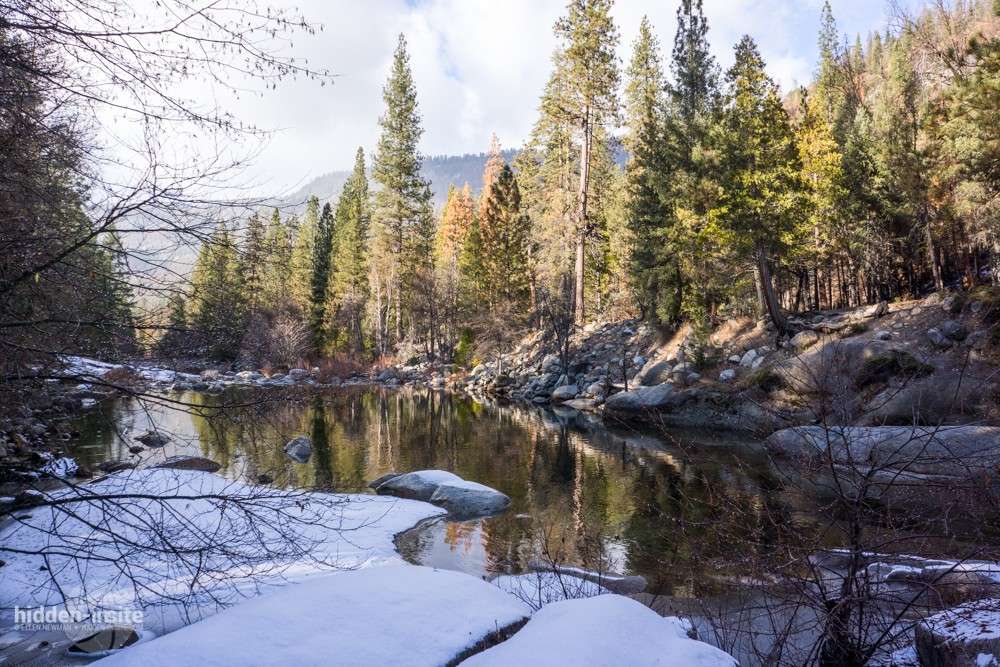 The dramatic landscapes of the Sierra spoke deeply to Muir, and through his many writings, he was able to share his experiences of what was then a pristine wilderness.

I’ve never had the luxury of spending months in the mountains the way John Muir did. My short visits at different times of the year have only given me a taste of the feast that Muir encountered as he worked and lived in Yosemite. So now that the solstice has passed and the sun is gradually returning to what Muir called “The Range of Light,” it’s a lovely time to contemplate what he had to say about this beautiful place. 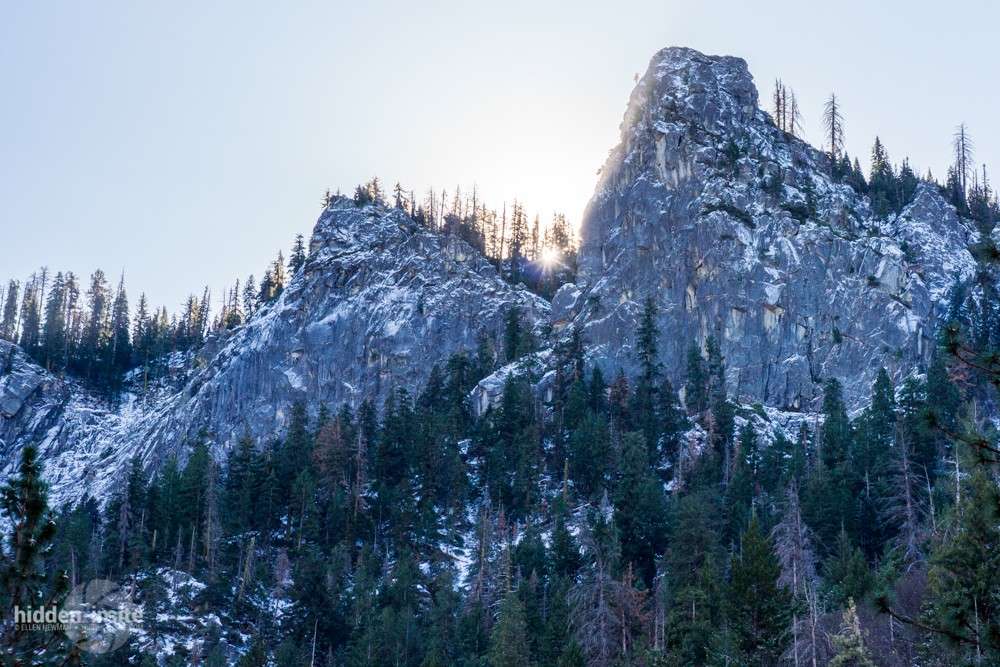 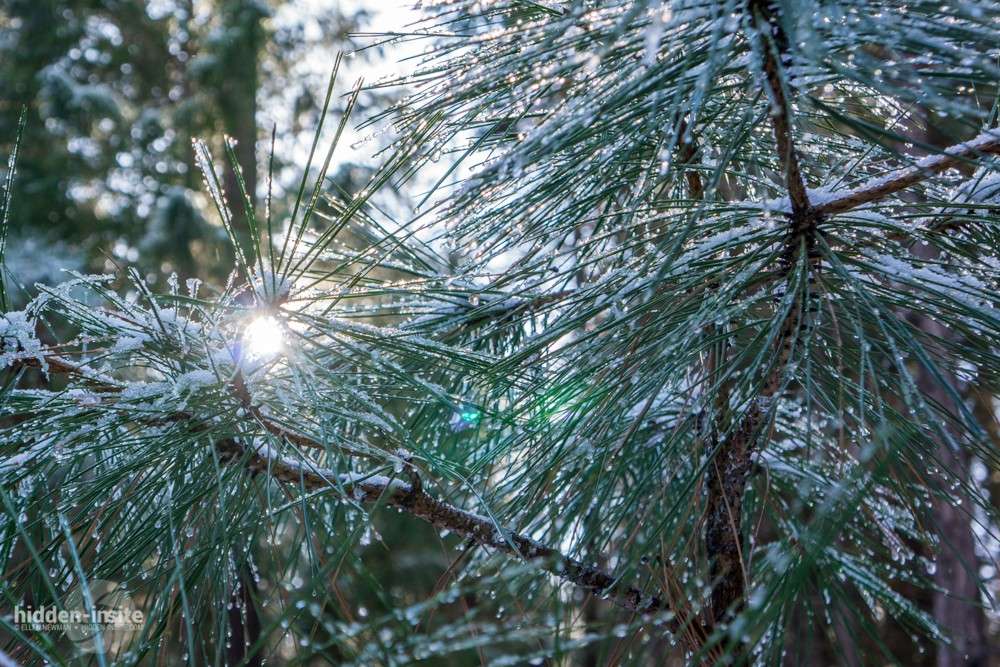 “When we contemplate the whole globe as one great dewdrop, striped and dotted with continents and islands, flying through space with other stars all singing and shining together as one, the whole universe appears as an infinite storm of beauty.” 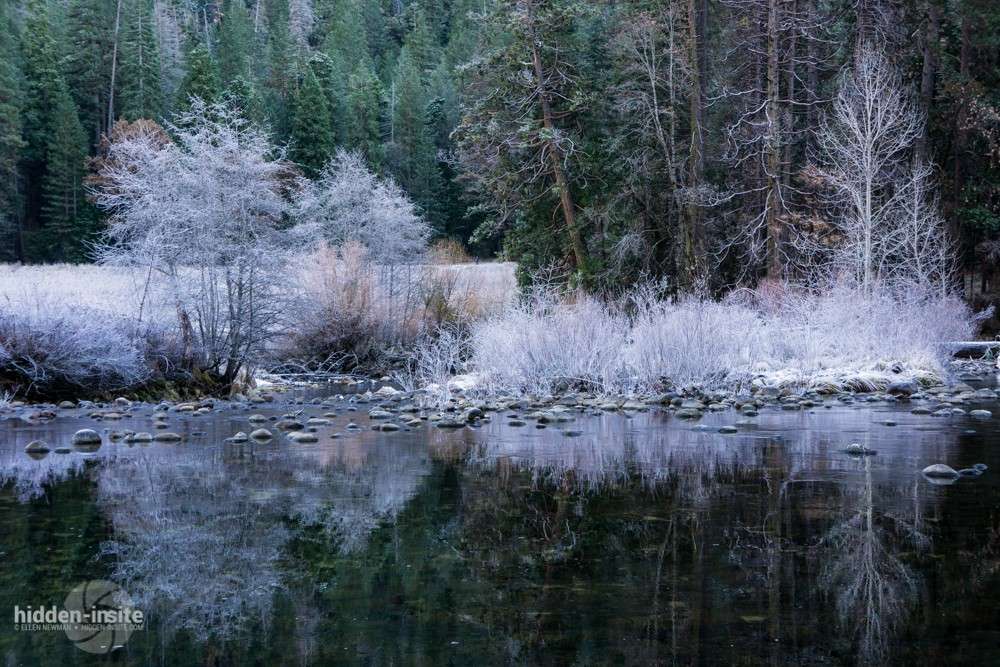 “When one is alone at night in the depths of these woods, the stillness is at once awful and sublime. Every leaf seems to speak.” 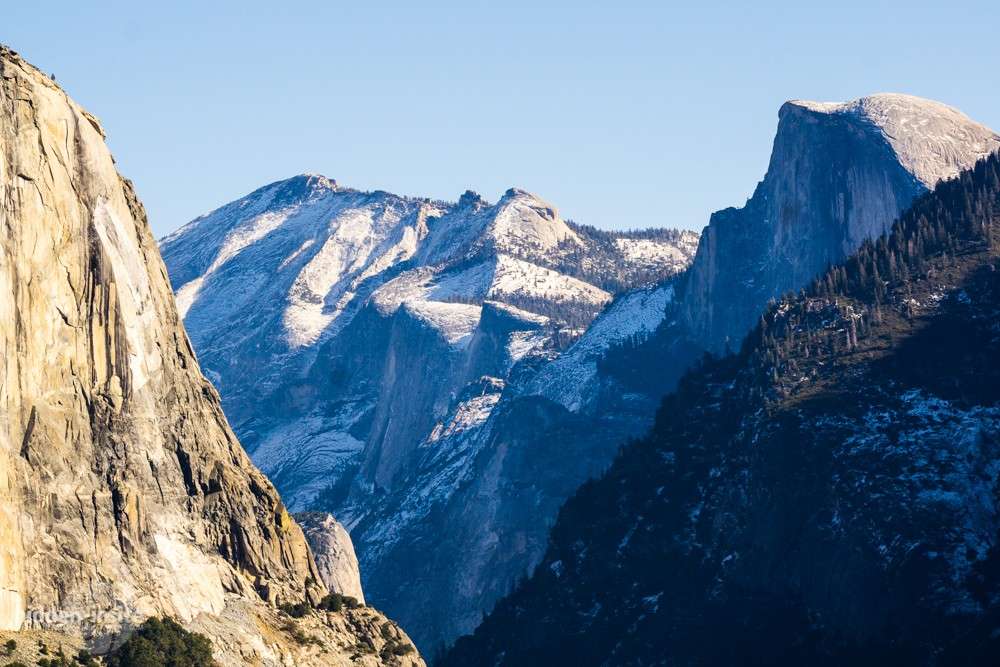 “Then it seemed to me that the Sierra should be called, not the Nevada or Snowy Range, but the Range of Light. And after ten years of wandering and wondering in the heart of it, rejoicing in its glorious floods of light, the white beams of the morning streaming through the passes, the noonday radiance on the crystal rocks, the flush of the alpenglow, and the irised spray of countless waterfalls, it still seems above all others the Range of Light.” 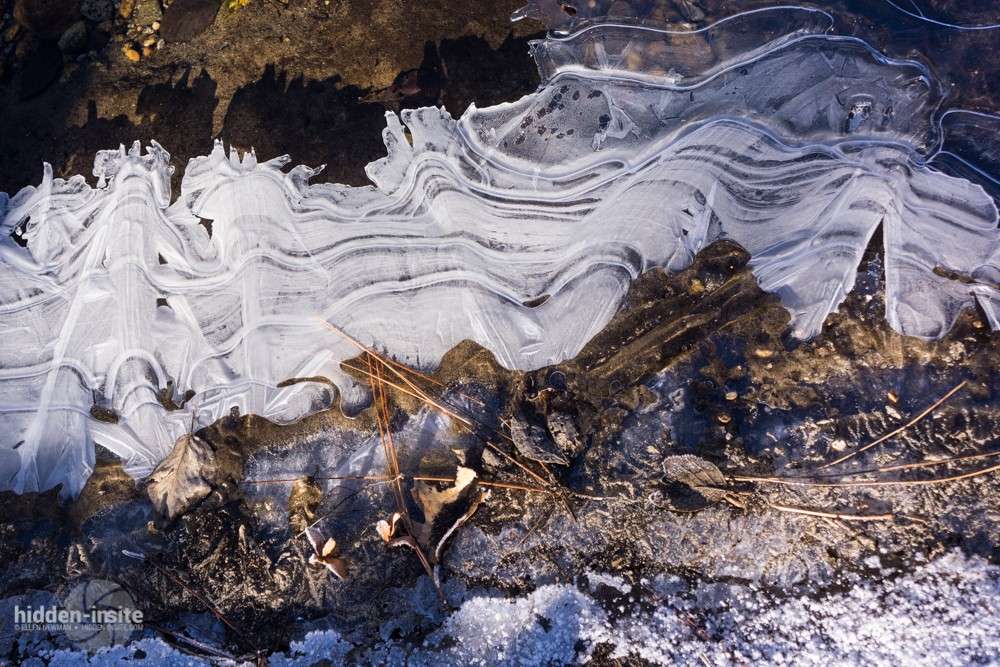 “Everything is flowing — going somewhere, animals and so-called lifeless rocks as well as water. Thus the snow flows fast or slow in grand beauty-making glaciers and avalanches; the air in majestic floods carrying minerals, plant leaves, seeds, spores, with streams of music and fragrance; water streams carrying rocks… While the stars go streaming through space pulsed on and on forever like blood…in Nature’s warm heart.” 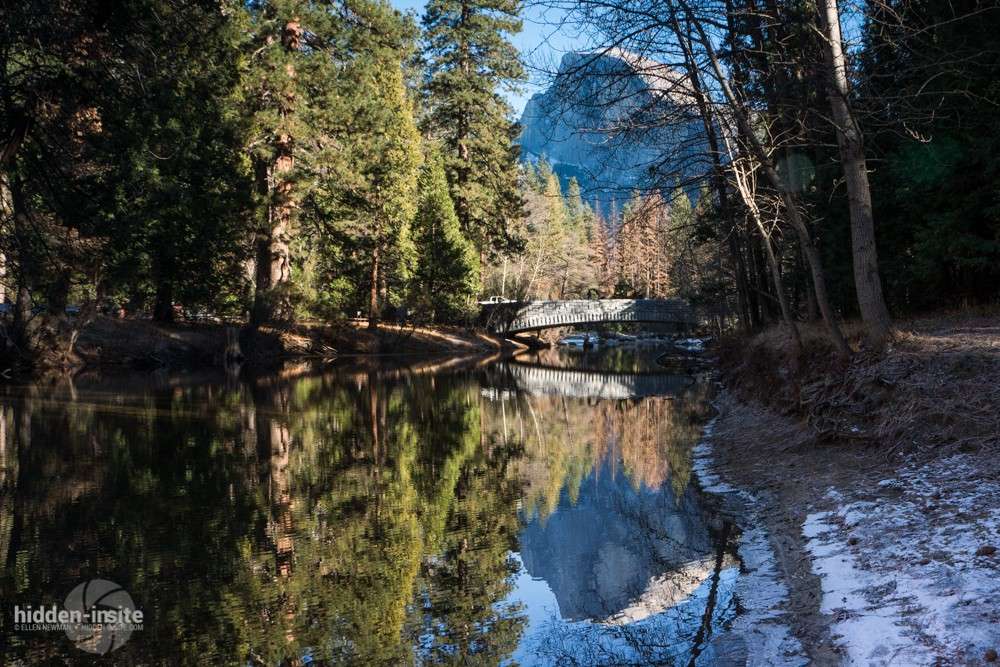 “This grand show is eternal. It is always sunrise somewhere; the dew is never all dried at once; a shower is forever falling; vapor ever rising. Eternal sunrise, eternal sunset, eternal dawn and gloaming, on seas and continents and islands, each in its turn, as the round earth rolls.” 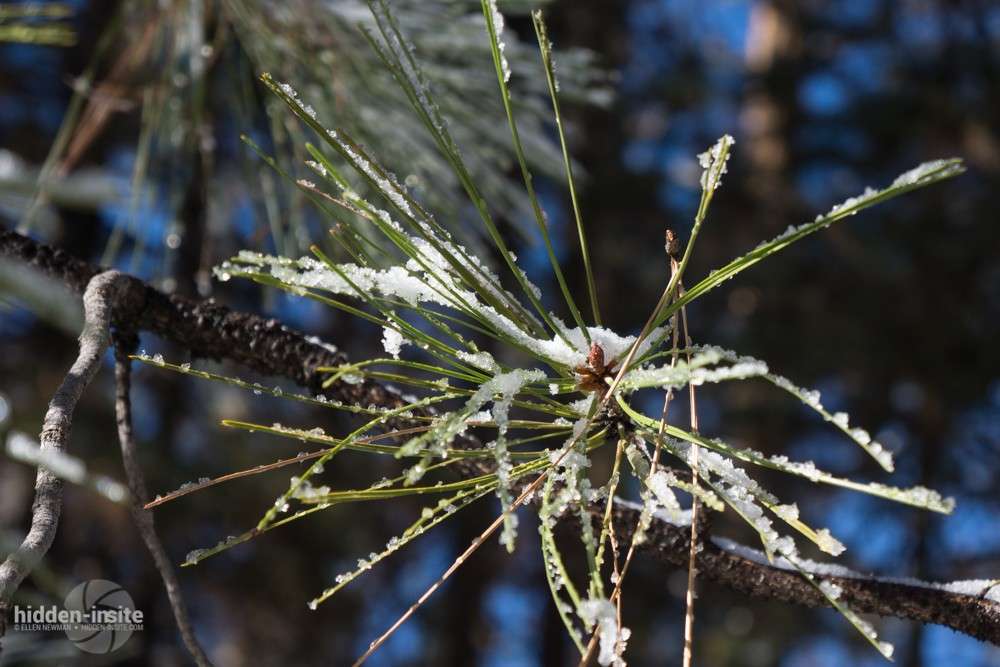 “The snow is melting into music.“ 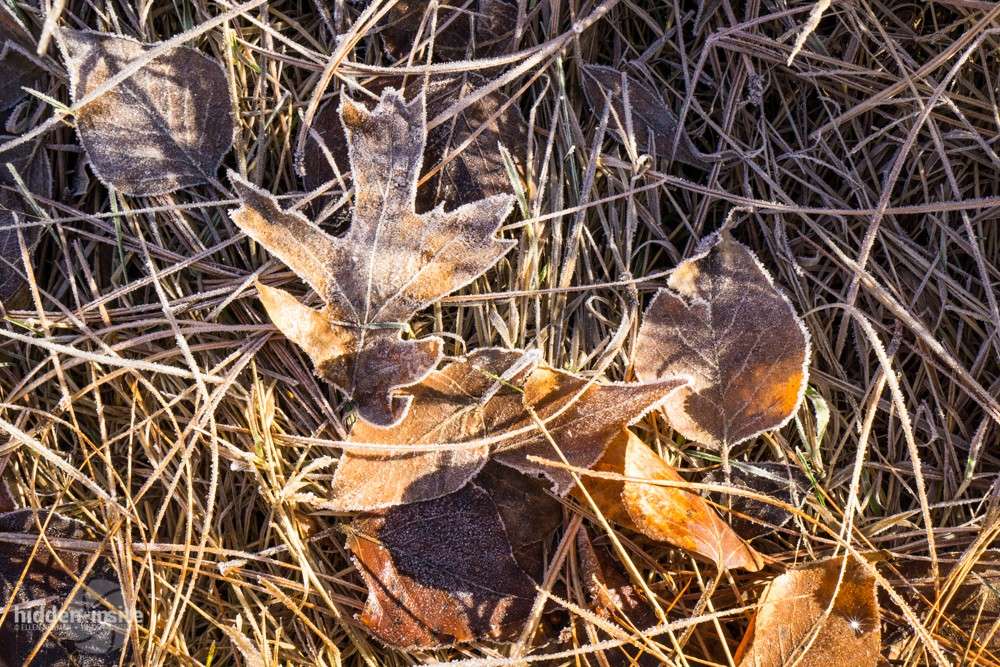 “Nature is ever at work building and pulling down, creating and destroying, keeping everything whirling and flowing, allowing no rest but in rhythmical motion, chasing everything in endless song out of one beautiful form into another.” 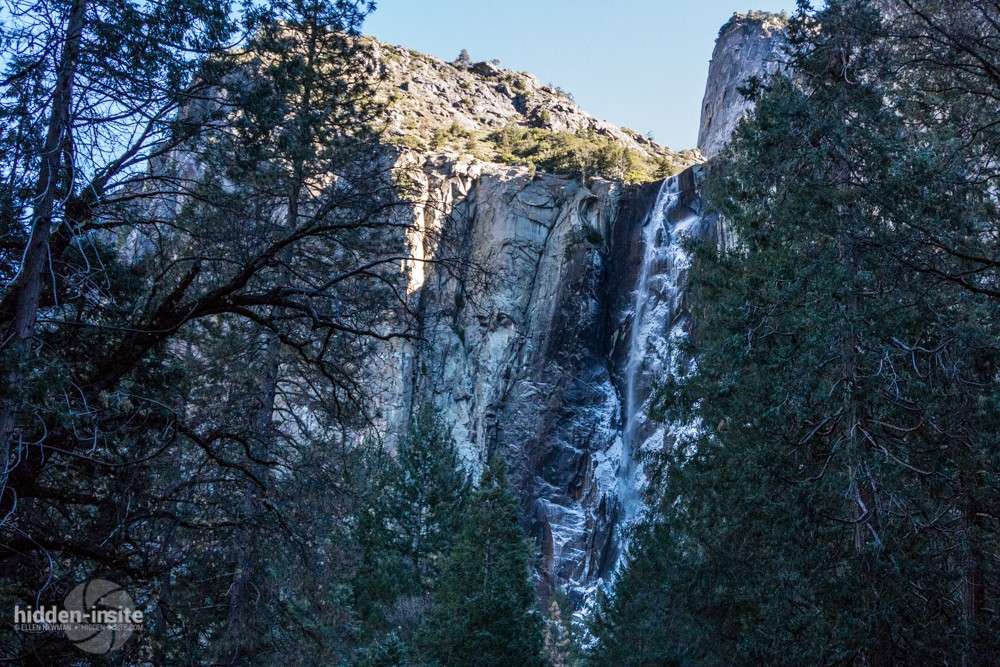 “As long as I live, I’ll hear waterfalls and birds and winds sing. I’ll interpret the rocks, learn the language of flood, storm, and the avalanche. I’ll acquaint myself with the glaciers and wild gardens, and get as near the heart of the world as I can.” 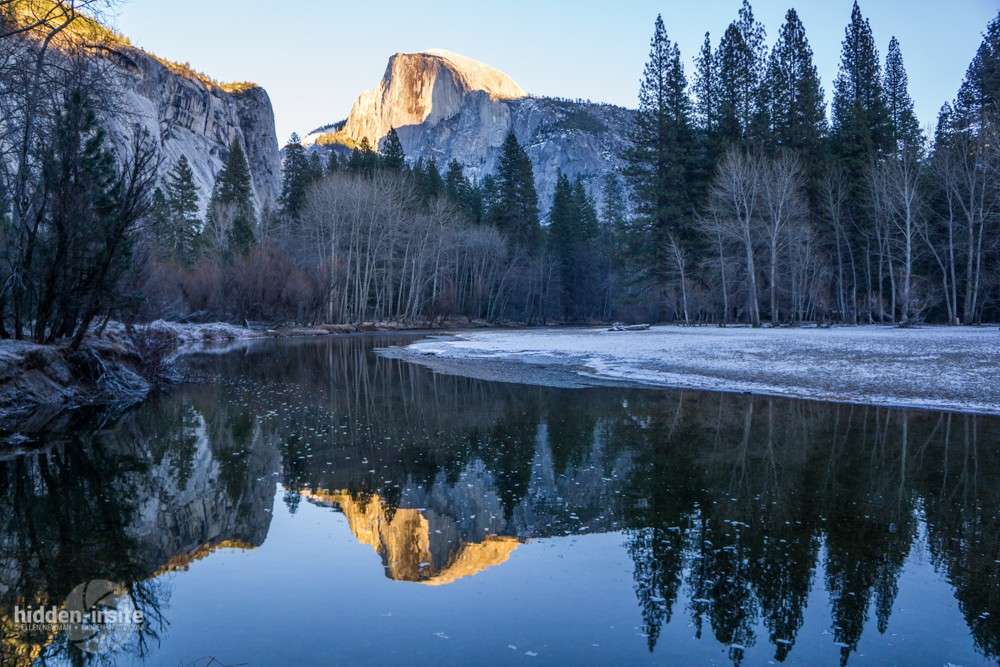 “All the wild world is beautiful, and it matters but little where we go, to highlands or lowlands, woods or plains, on the sea or land or down among the crystals of waves or high in a balloon in the sky; through all the climates, hot or cold, storms and calms, everywhere and always we are in God’s eternal beauty and love. So universally true is this, the spot where we chance to be always seems the best.”

Thanks to John Muir for his inspiring words. May the places you go this year be the best places you can possibly be. Wishing you all adventures great and small.