Stories in Stone from the Artisans at St. John the Divine

I can’t draw a picture, let alone imagine how to take a block of stone and turn it into a figure with an expressive face and flowing robes. That’s why I was so impressed years ago when I saw Michelangelo’s series of unfinished “slave” statues in Florence. You can literally see the figures being born out of the stone.

Michelangelo is iconic, perhaps the most famous carver ever, but when I researched the Cathedral Church of St. John the Divine in New York City, I discovered some wonderful contemporary stonemasons and carvers. Three of the amazing people who worked on the twentieth-century Episcopal cathedral near Columbia University graciously told me what it’s like to work with stone, something so different from a flat piece of paper or a computer screen – my tools of choice.

Timothy Smith cut structural stone for the unfinished south tower at St. John. “Forty-five stones a week went up to the tower. They were put in place using zinc molding, a system in use since the Middle Ages,” he told me. “It took ten years to build the tower; it was the thrill of my life. It was wonderful up there.” 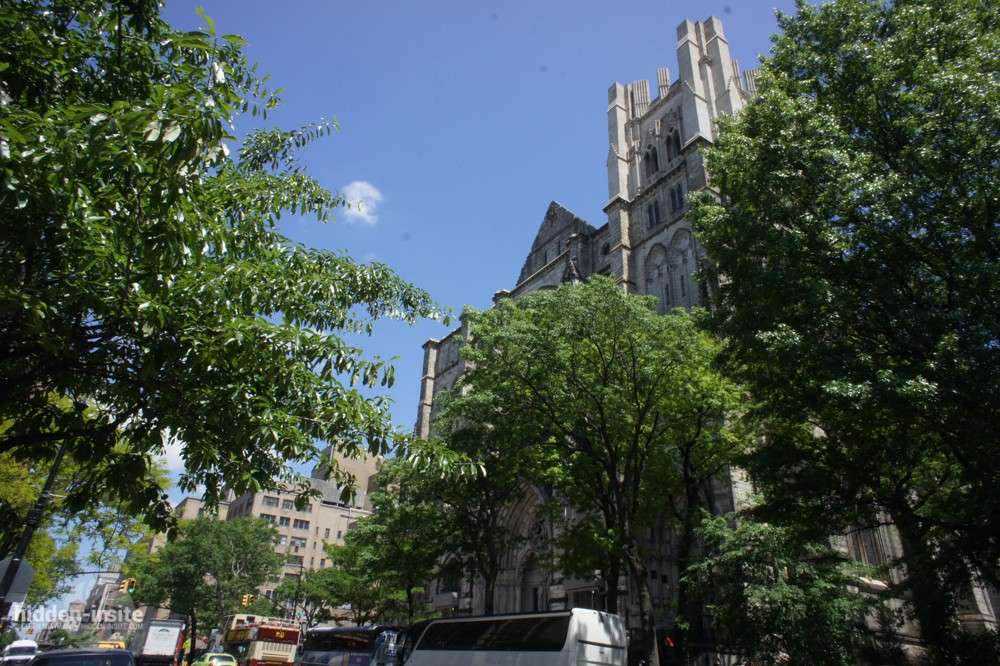 But Timothy’s job was not just about construction. The heart of his work was teaching. He was drawn to the program at St. John because a major part of the cathedral’s mission was to teach a trade to young apprentices from the neighborhood. “We taught local kids from Harlem to do Gothic stonework. If you have a good training program you can do anything,” he said.

When funding to build the cathedral ran out, Timothy and his family moved to the Hudson Valley, where he opened his own masonry business restoring old fireplaces, building walls and laying stone patios. “Masons have always moved on from job to job, from city to city,” noted Timothy, mentioning Pillars of the Earth, Ken Follett’s historical novel about building a stone cathedral. 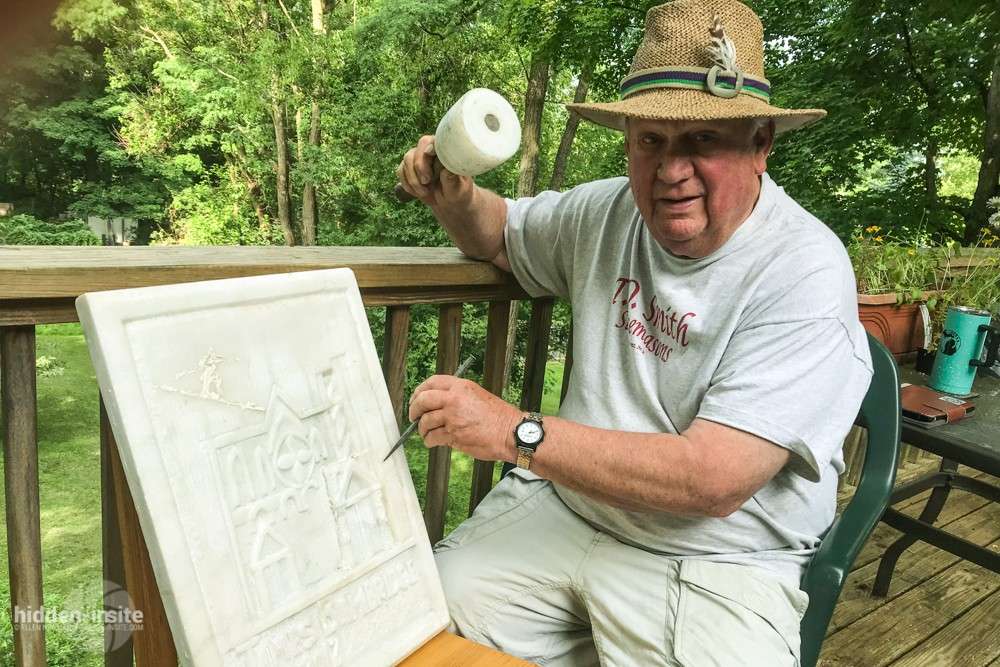 Timothy didn’t leave his teaching behind when he moved upstate. A firm believer in the grounding power of working with stone, he continued to teach neighborhood kids—some “pretty hardcore”—to work with stone. “One kid who had dropped out came every day to work on a stone wall. Suddenly he said, ‘I want to go back to school.’ A stone wall did that.” Now that Timothy has retired, some of his former students/apprentices have opened their own shops, carrying on the venerable tradition.

Amy Brier received her BA in fine art and sculpture from Boston University. After training in Italy in the mountains of Carrara, she was hired as one of the carvers at St. John the Divine. She designed and carved the base for the Moses pillar on the Portal of Paradise. 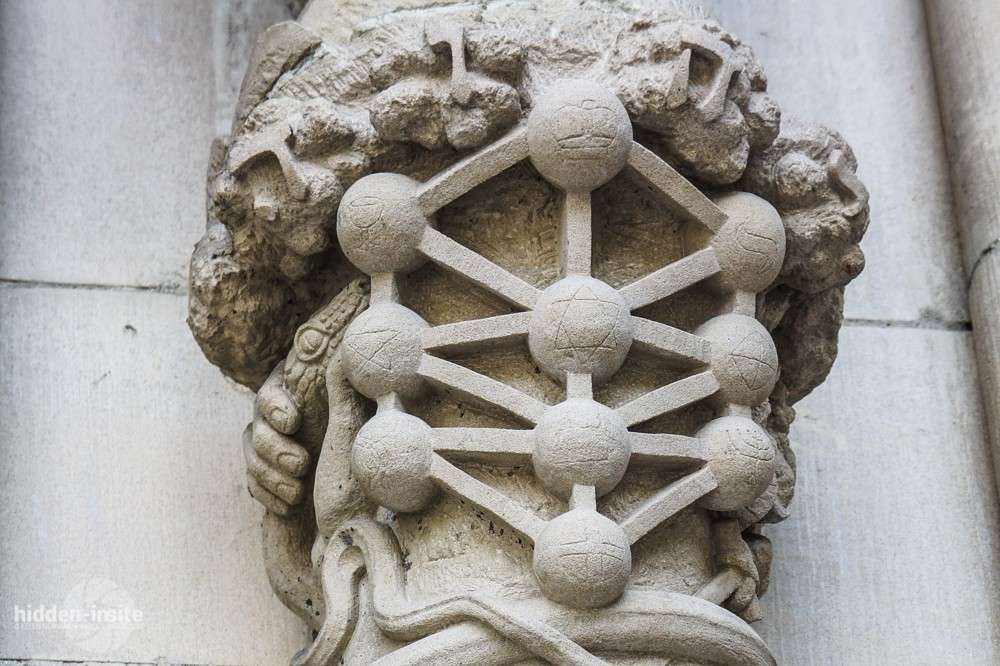 “It was the best job in NYC. It was thrilling to be a part of something so much bigger than myself and to be a part of the team,” Amy said. “I had an apartment a few blocks away and walked to work. Peacocks and chickens roamed free, and I was carving stone 40 hours a week. What could be better?”

Following her six years at St. John (which included six months training at the 13th-century St. Jean Cathédrale in Lyon, France), Amy headed to Bloomington, Indiana—the heart of American limestone country—“to be close to the source of the stone” and pursue her MFA at Indiana University. Today Amy is associate professor of fine art at Ivy Tech in Bloomington. She is also the founder and coordinator of the Indiana Limestone Symposium. 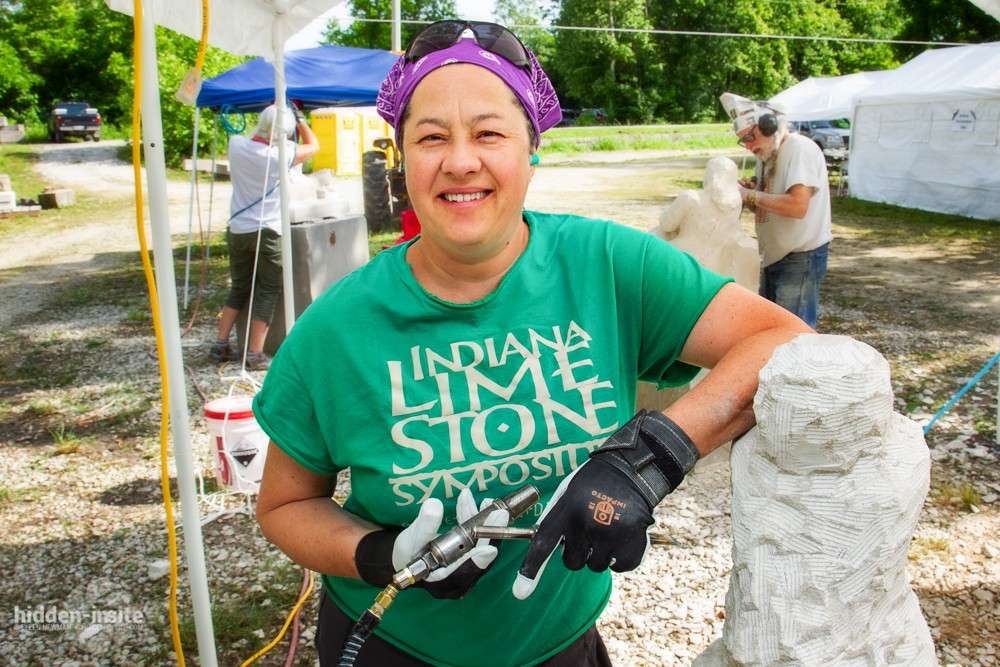 Amy Brier in Bloomington, Indiana. Photo by Kip May.

“I love carving limestone because it is soft and has an even texture. You can put your chisel in at any angle and not worry about the grain. Carving it is all about the form, there is no fancy veining or translucent quality that makes it stand out,” she explained.

“Limestone is a wonderful reflector of light. Carving it is really a game of manipulating light to bounce off it in specific ways.” Amy finishes her contemporary pieces with a mallet and chisel to leave tool marks so light bounces.

She also noted that limestone is not super-hard like granite or seductively beautiful like marble. “It is sedimentary, a fixed memory of a specific time and place, a tangible record of once living organisms and the movement of daily tides. It is also the fabric of many American landmarks and historic monuments and houses our collective memories.”

Amy explains her love of Indiana limestone in a delightful Ted-X talk.

Sculptor and master stone carver Simon Verity learned his trade cleaning and repairing 13th-century statues in British cathedrals. James Parks Morton, dean of the cathedral at St. John, recruited Simon from England to supervise the sculpture of the Portal of Paradise, an array of grand statues and bases depicting the lives and lessons of 32 Old and New Testament prophets. Since working at St. John, Simon has gone on to undertake many private and public commissions, as well as being invited to teach sculpture students at Duke and other universities. 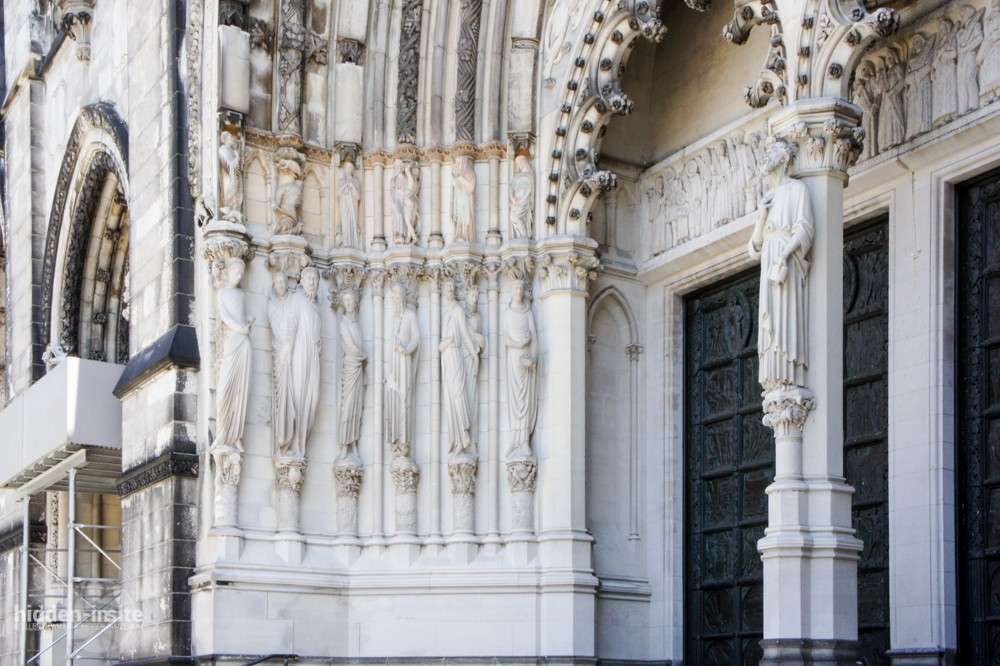 I asked Simon how they transformed round pillars into recognizable statues. First, he told me, “The statue needs to be visible from across the street, from below and then close up. You’ve got three different points you’re trying to make it for.”

Although Simon and the carvers didn’t prepare drawings or renderings for approval, they made working drawings, sketches really, some on paper and often right on the stone.

As they chiseled and carved, they redrew the image, emphasizing areas that became folds and shadows. “You get down off the scaffold and look to see if you’ve got enough shadows. That’s what it’s all about,” explained Simon. And then the carvers would redraw it again when they got to the delicate details of the face. “The smaller, the more delicate the job, like carving nostrils, the more you need a very small hammer.” 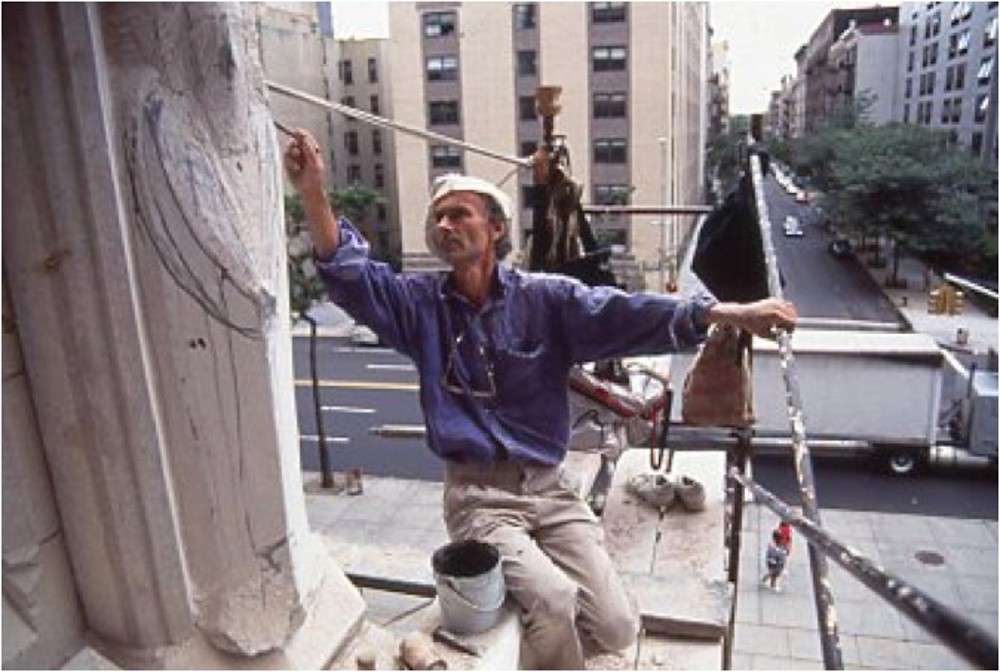 Historic image of Simon Verity working on the Portal of Paradise. Photo by Martha Cooper.

One thing I had never realized—or even thought about—is that sculptors and carvers use sound as a cue. I had assumed that carving a statue was all about the visuals.

“If I’m teaching an apprentice, I can tell by the sound, even from another room, if he’s hitting or hurting the stone or the chisel by going in at too steep an angle. I might say, ‘Hey, drop your hand.’ You have to adjust all the time. And that’s why the French hate having power tools in a workshop. They want to hear themselves chipping. It’s important for the work.”

Civilizations around the world have been building with stone and carving sacred images for millennia, and I wondered what people think of this ancient art in our digital age. “I’ve had far more interest in what I do in the past couple of years,” noted Simon. “I don’t know what the pull is, but I think people are interested in something which is real.”

Learn more about the Timothy’s, Amy’s and Simon’s work on the exterior of St. John the Unfinished and find some of the hidden treasures inside St. John the Divine.