It all started—or really ended—on March 10, 2020, my husband David’s birthday. We had agreed to treat it like an ordinary Tuesday because it was the last meeting of my travel writing class and I was scheduled to present my story about our trip to Rajasthan in Northern India. That class meeting turned out to be the last social event I have attended for at least three long months.

As each of us entered the classroom, we eyed each other warily. We tried to make ourselves small, afraid of encroaching on each other’s space. We had no idea how close was too close. All of us were experienced travelers, but we felt a kind of shared dread about what was coming next. That day we were all more interested in those tiny, lethal molecules from China than in my Indian adventures. Six days later the San Francisco Bay Area locked down tight. 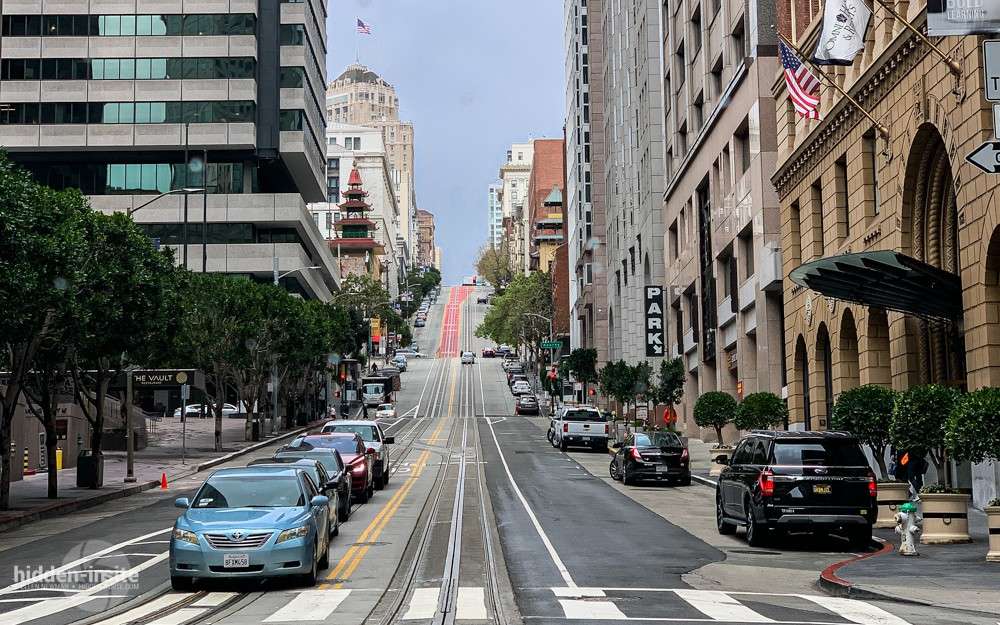 When the door slammed shut, the world cleaved in two: inside and outside. The well and the sick. The living and the dead. Those who could shelter at home and essential workers. Medical first responders and the rest of us. The privileged who could work remotely and people who braved public transportation and possible contagion to get to work. The divisions multiplied like virus cells, laying bare America’s fault lines. 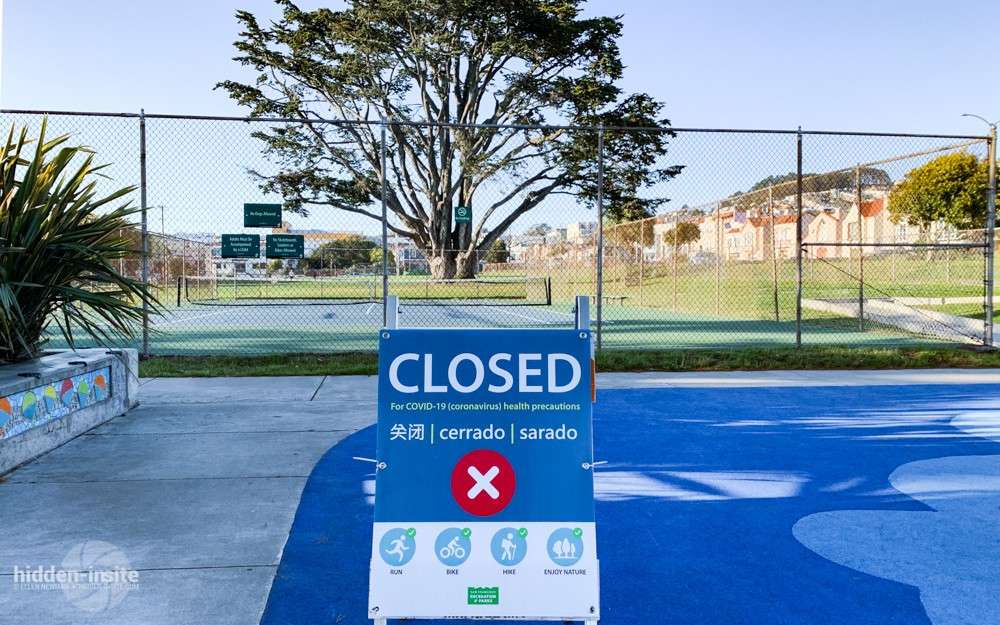 In those early weeks we were inoculated with fear. Fear kept us home and kept us safe. We watched scenes of hospitals that looked like war zones. There wasn’t enough PPE. I’d never heard of PPE before. Ventilators were in short supply. That actually scared me; I have a mild form of asthma that puts me at risk.

TV news was my frenemy. Watching the numbers climb day by day, sometimes hour by hour, was unnerving. Listening to Dr. Fauci was calming. Watching Trump was not. Every night we numbed ourselves with edgy fiction or relaxed with cooking shows. 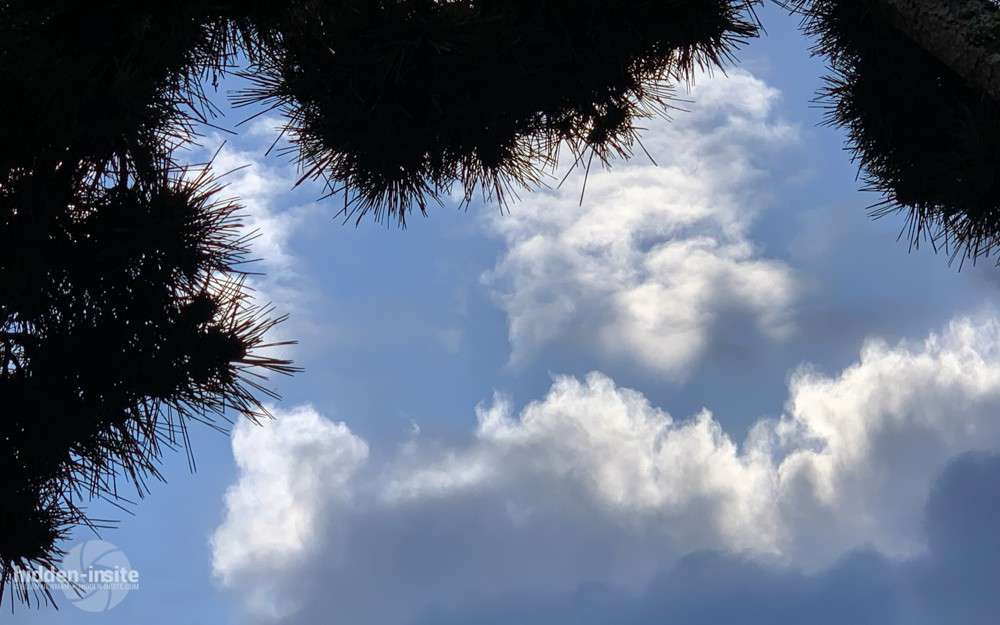 I grew jumpy. Sleep was in short supply. I could barely read, let alone write. My Rajasthan piece sat untouched on my desk. In a world where people were dying and losing their jobs, travel writing seemed pointless and insensitive. No one was going anywhere. Sadly David and I had to cancel a May trip to England, Israel and France. I had no patience for Facebook, despite missing friends we’d met on our travels. We all needed virtual hugs, but I was hunkered down. I didn’t want to get sick. I wanted to be sure that that this virus would pass me by. 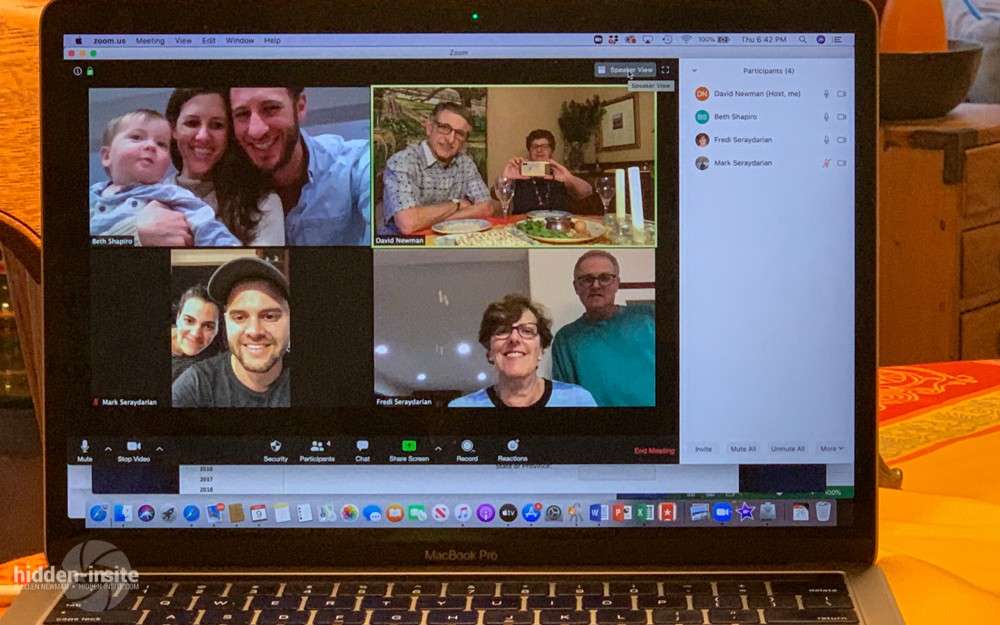 Indeed, Passover was our first big test of adapting to the new reality. How do you celebrate a holiday with friends and family when you have to stay apart? Virtually, of course. We organized at least three Zoom Seders, complete with wine and blessings. When we poured out drops of wine to remember the plagues that befell Egypt, we added coronavirus to the list, acknowledging that we too were in the midst of a historic plague. 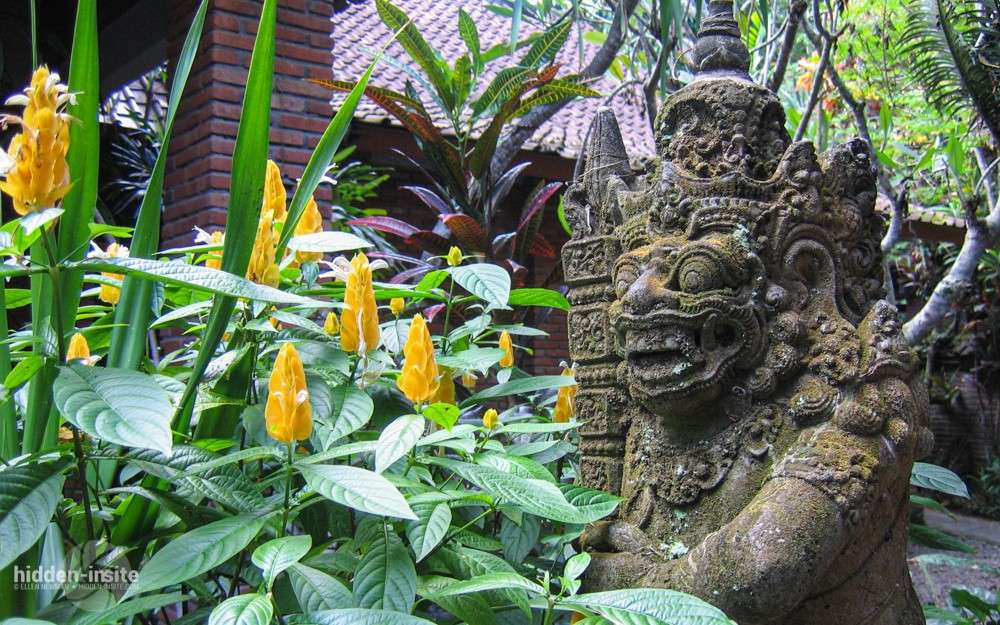 Sheltering in place also reminded me of being in Bali during Nyepi, the Balinese New Year. There is a 24-hour island-wide curfew. The streets are empty. Silence reigns. The international airport is closed. Why, you ask. Because, the legend goes, if everyone hides inside, unseen ogres will think that Bali is deserted and will go elsewhere for their mischief. Half a world away, we also hoped that huddling at home would defeat our unseen enemy and flatten the curve.

We finally settled into our new routines. Errands were not allowed except to the grocery store or pharmacy, and those required advance planning worthy of a small military campaign. Armored with gloves and Clorox wipes, we anxiously braved a minefield of potential enemies pushing socially distanced shopping carts through aisles much too narrow to stay six feet apart. 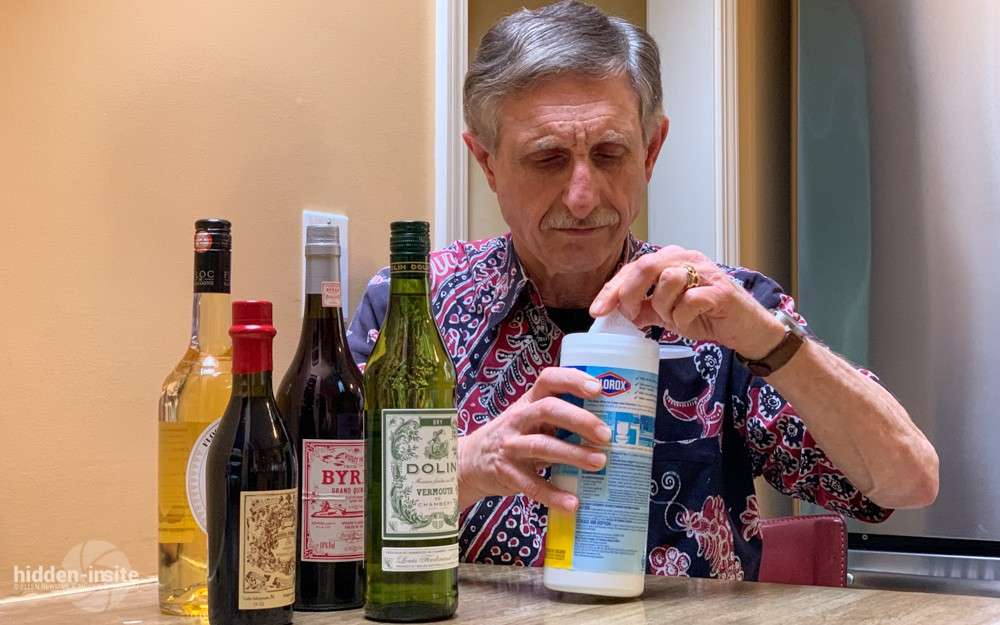 Once home, we wiped our bottles and boxes or let them sit for three days before opening them. Even our fastidious mothers never wiped down packages they brought home from the market. But the whole exercise got me thinking: Were some of the things our mothers taught us about washing our hands, not touching our faces and being ever vigilant about potential dirt and scary strangers the residue of what people learned from the 1918 flu pandemic? It’s too late now to ask, but wash our hands we did, singing “Happy Birthday” on repeat, over and over again.

As weeks passed, we slowed down. We began to appreciate the quiet, the lack of traffic, the clear skies. 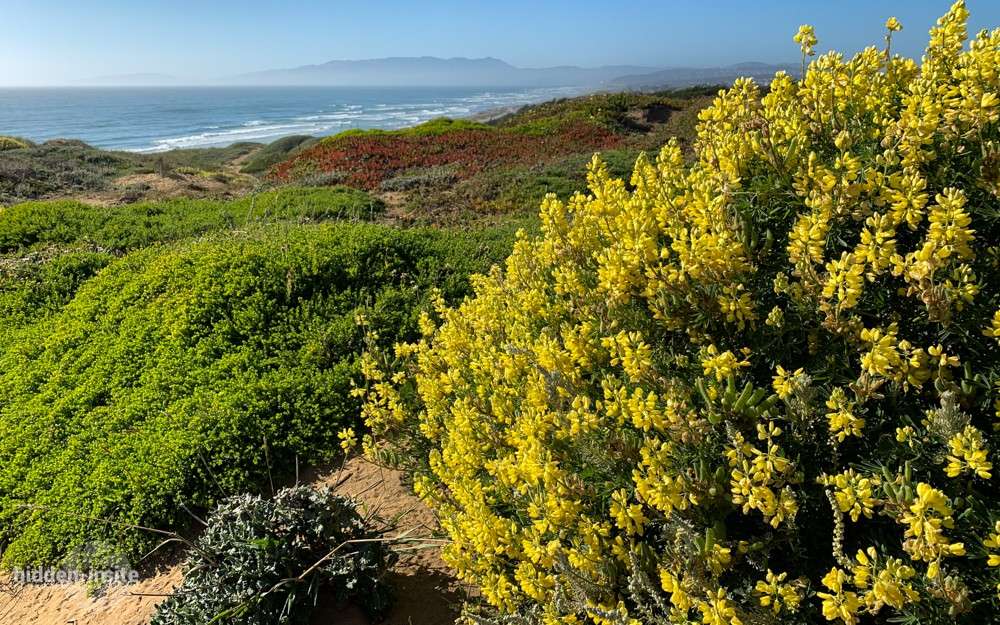 Bird songs replaced the roar of jets. We cooked. Cookbooks I’d long ignored became my new best friends. First there was chicken soup, a necessity given that a mysterious virus was swirling around the world. 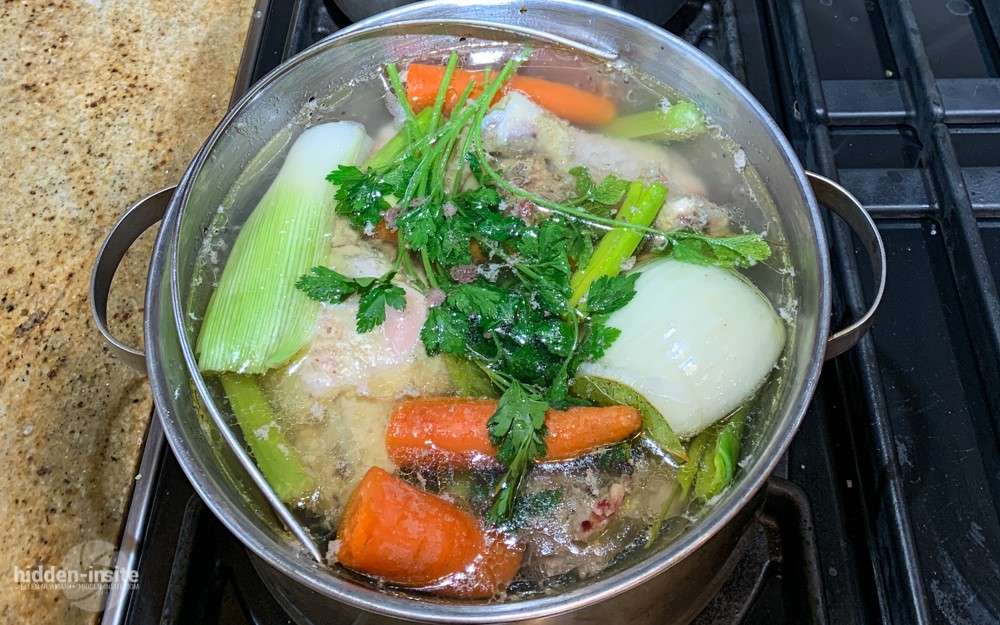 As the world contracted, it also expanded. Going for walks and exercise was the exception to the stay at home rules. Two miles almost every day. 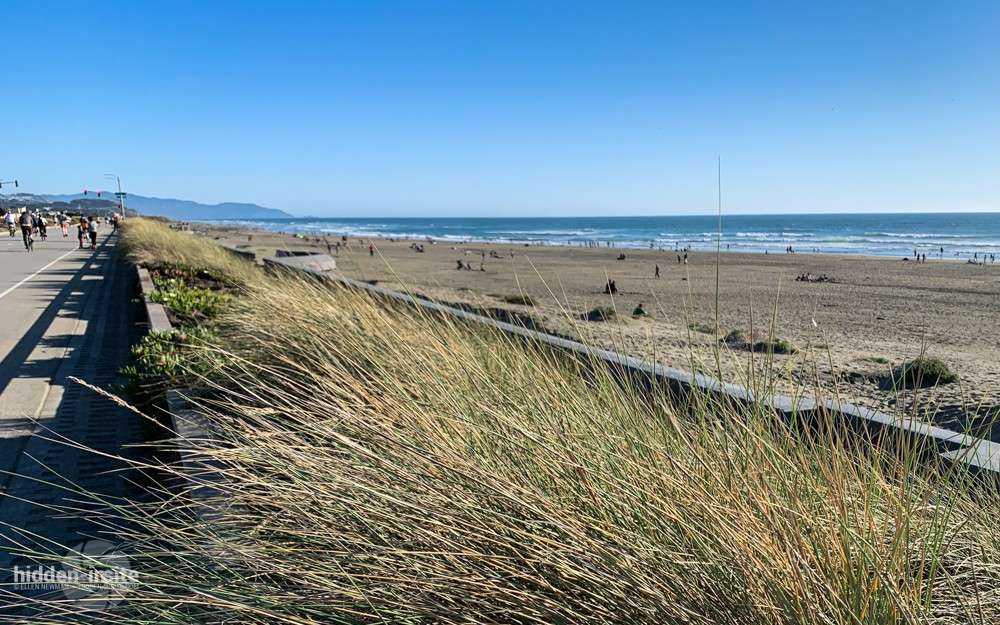 Up and back along San Francisco’s Great Highway fronting the Pacific Ocean, we watched surfers escape their worries in the curls of waves. We breathed deeply, letting the fresh air bathe our lungs, and we hoped that sunshine actually did boost immunity. 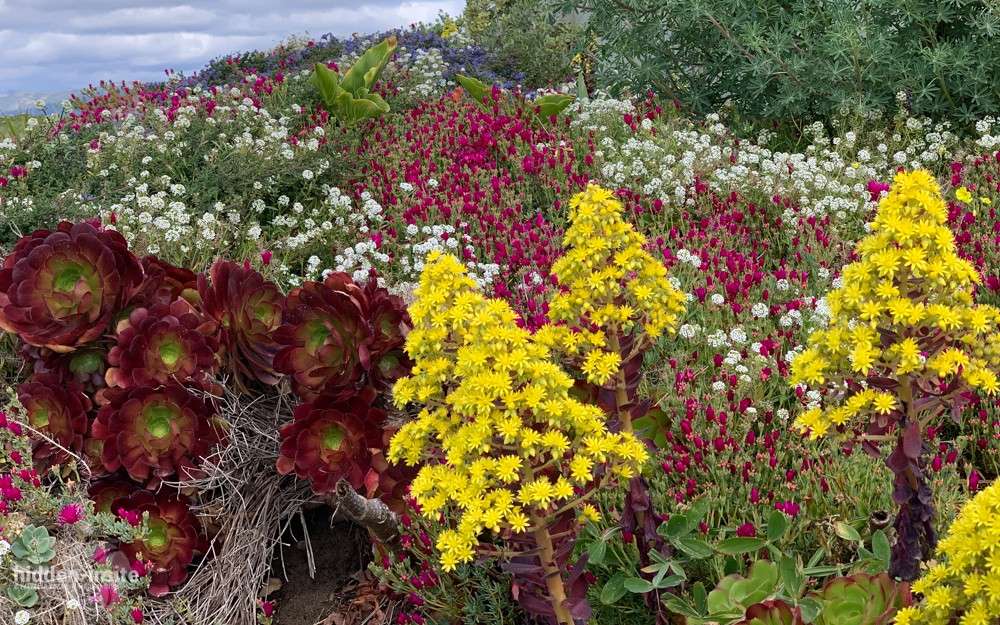 Sometimes our peaceful walks turned edgy. As more and more people tired of staying home, we found ourselves competing for socially distanced space with runners, bikers, skateboarders, rollerbladers and kids on scooters and trikes.

An alternate route takes us to Stern Grove, a San Francisco park known for free Sunday concerts that attract thousands—cancelled this year, of course. 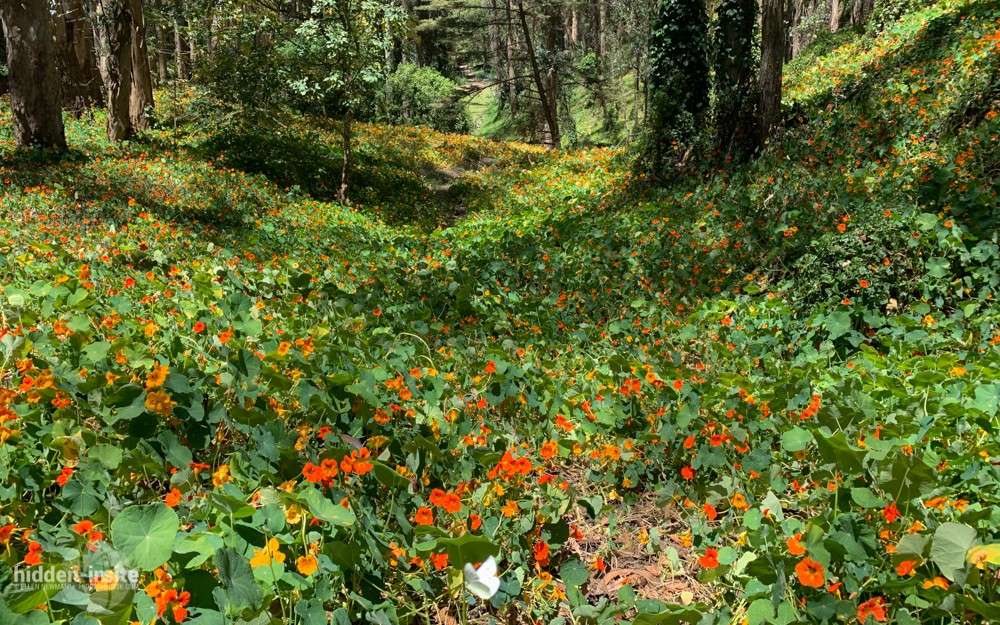 We rediscovered magical eucalyptus forests growing out of hillsides carpeted in yellow and orange nasturtiums. At Pine Lake, at the park’s western edge, we could hear coyotes howling in the brush. 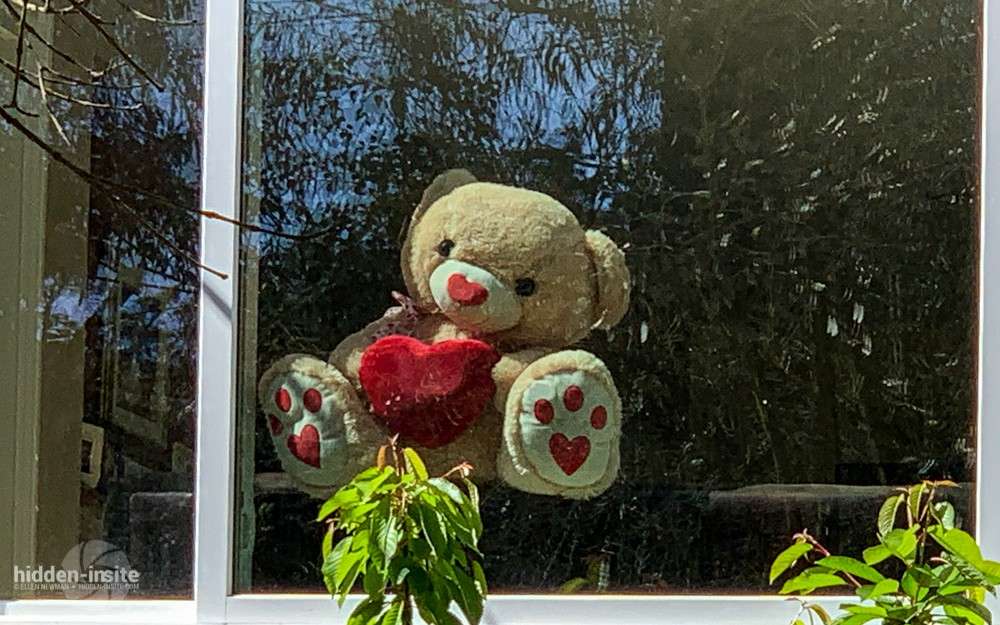 We also passed homes with teddy bears in the windows or chalk paintings on the sidewalks. And we paused to smell the roses, abundant this lovely spring, belying the virus. 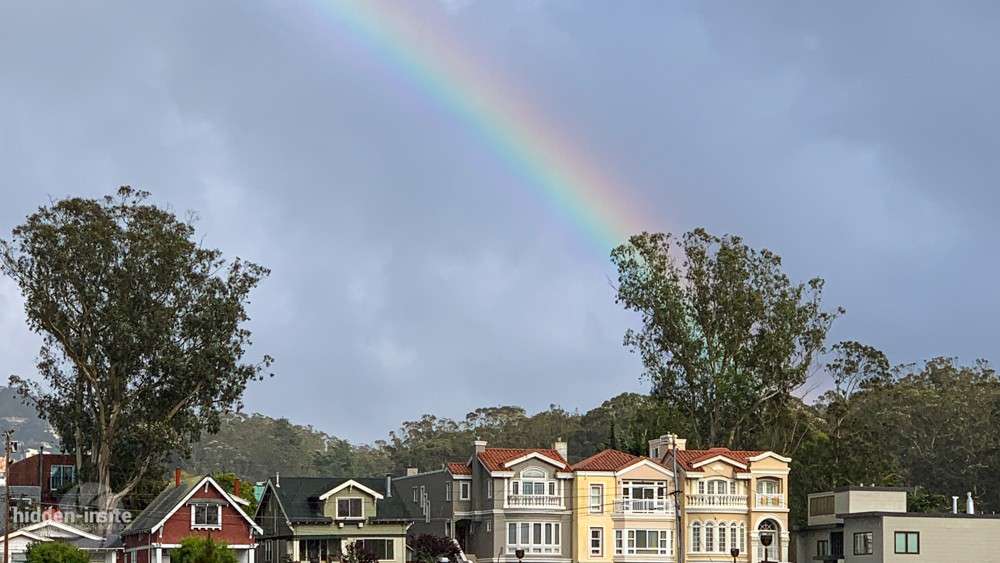 Eventually I settled down enough to try meditation and a journal-writing class.That journal-writing class turned out to be a gift of unexpected power. In just one hour, exploring just one potent word, I came back to my pre-pandemic self. When the facilitator suggested reflecting on a word or phrase, I choose P E R M I S S I O N. I’m an adult. I don’t need permission. But with the world standing still, I needed to free myself to act. As soon as I said, “yes,” an invitation to an online writing workshop showed up in my inbox. The workshop worked, and I’m writing again.

But I’m not the only thing that’s changed. Our cities have started waking up as if from a Rip Van Winkle sleep. There’s traffic on the streets again. We can go to more places, but we need to wear masks. 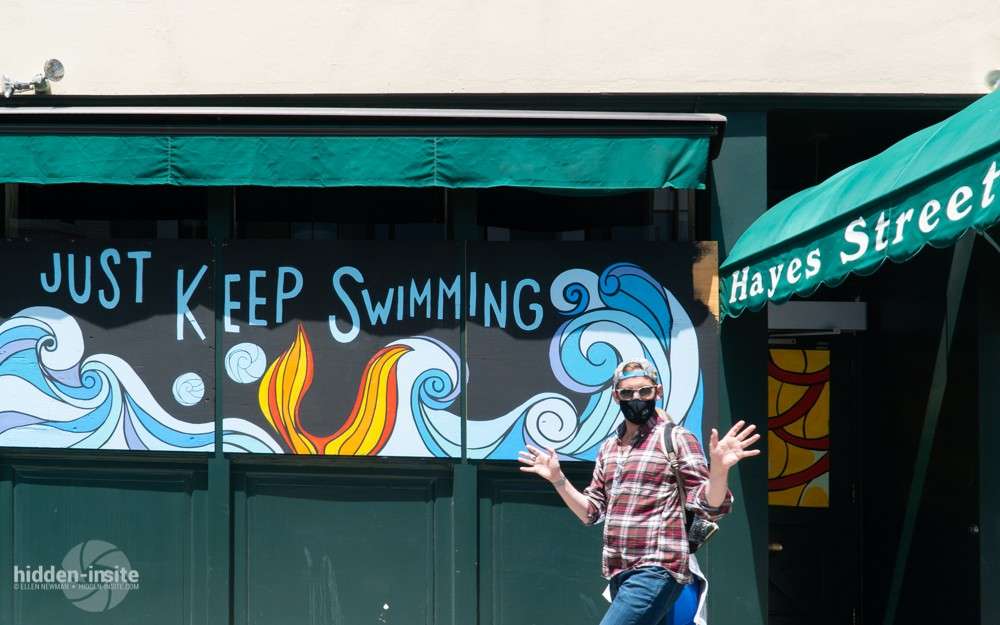 Restaurants and stores are in a half-opened state, waiting for permission and new rules about how to safely reopen.

Following a season, yes, a full season, of looking inward, events pulled people out to the streets to protest the murder of George Floyd in Minneapolis and Rayshard Brooks in Atlanta. 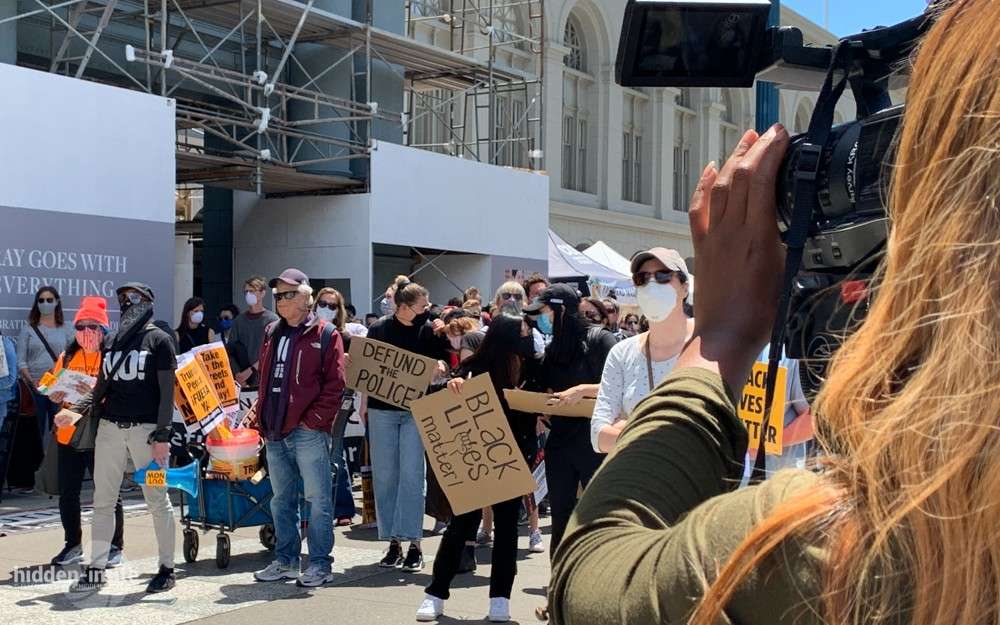 The cry, “I can’t breathe,” has taken on new meaning. The eerie quiet of sheltering in place has given way to serious, nationwide consideration of the grave inequities unmasked by the pandemic and police overreach. People are connecting the dots and seeing the links. 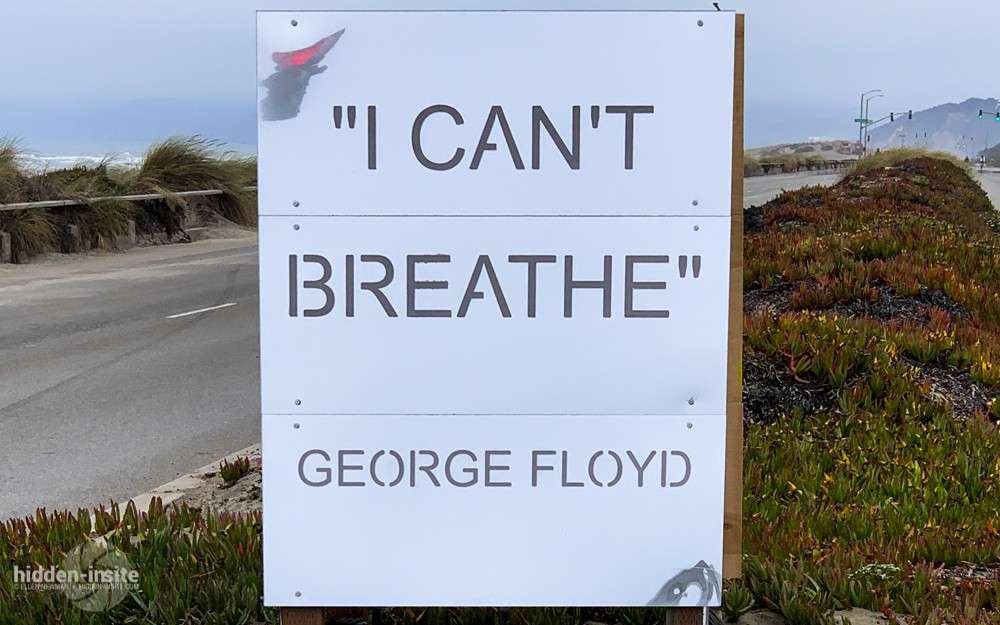 If my travels have taught me anything, it’s that history can change on a dime—or a tiny, round molecule. An assassination in Sarajevo triggered World War I. Who knows what the  murders in Minneapolis and Atlanta in the midst of a pandemic will ultimately generate?

It looks like we’ll have several months or more of limbo before there’s a vaccine to prevent the coronavirus. In the meantime, there’s plenty of work to do to cure the social virus of racism. Imagine what a  blessing it would be if we emerged from sheltering in place to create a healthier and more just society. 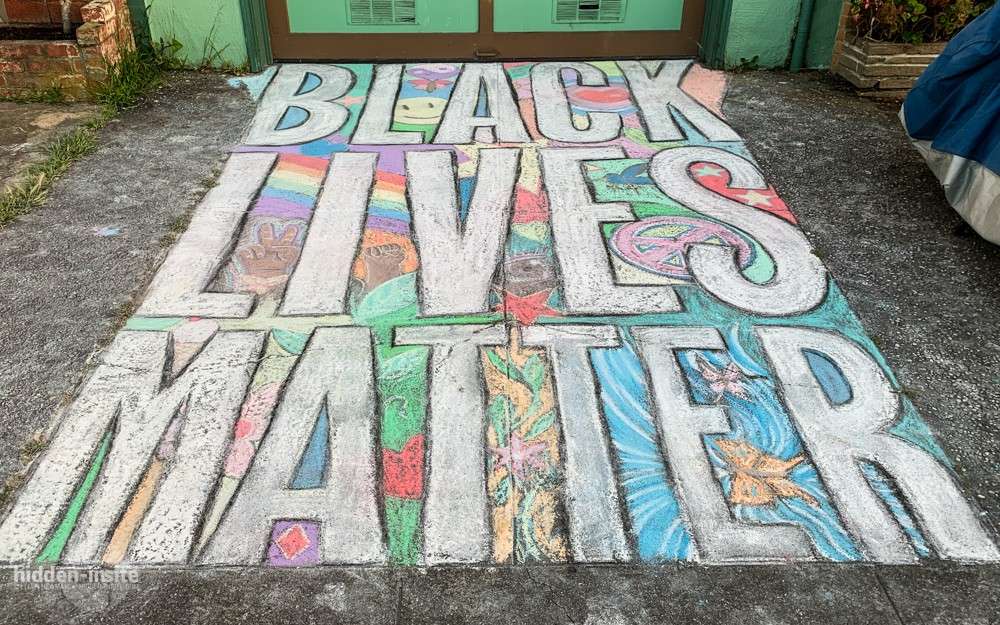