I am a Californian. I have lived in this state – north and south – for all but one of my 74 years. I know its roads and highways, from the twists and turns of Highway 1 to the steep climbs and descents of its mountain passes to the endless sameness of Interstate 5. Whenever I hit the road, I experience a feeling of freedom and exhilaration. I love what the California road trip offers, the ability to pick up and go someplace that is both familiar and filled with the promise of something new.

Ellen and I both grew up with California as our backyard. My dad took my brother Ken and me backpacking in 1960, and we went back to the Sierra several times in the next few years. Ellen’s family had visited Yosemite when she was little, and she and I continued the backpacking tradition after we were married. Our first road trip together was a weekend jaunt to the Anderson Valley in Mendocino County. Ellen’s family has made Mammoth Lakes a second home for many years. 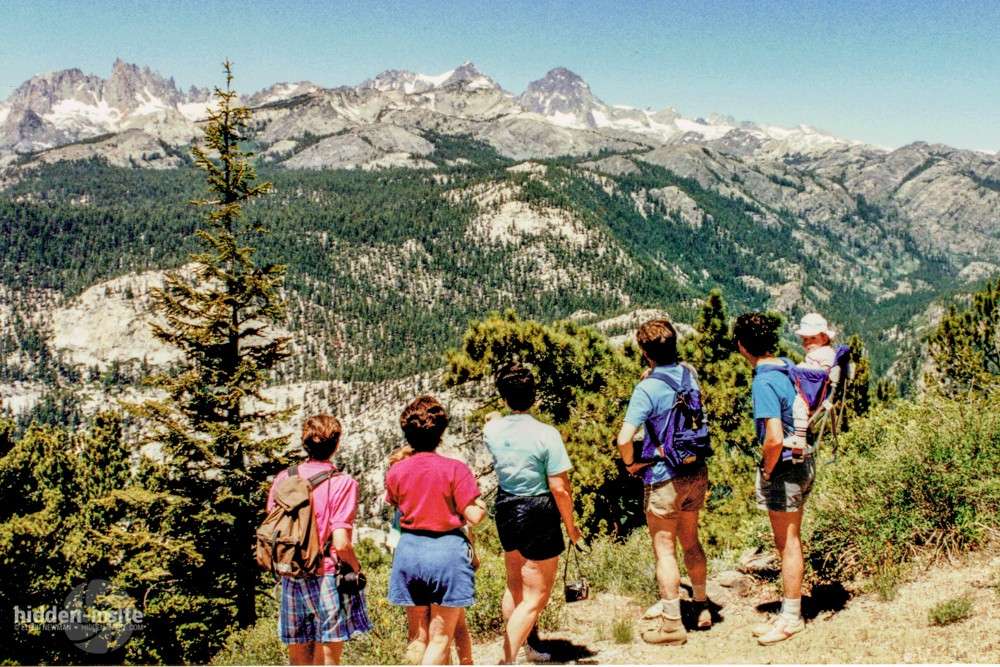 We return to the mountains and the coast – both north and south – as often as we can. California is in our blood, and its highways are extensions of our veins and arteries.

The last two years have dealt our road tripping a double blow. First, the coronavirus locked us down in 2020. And then the catastrophic wildfires scarred so much of California, including many of our favorite places – Point Reyes, the Santa Cruz Mountains, Sonoma County and the Napa Valley. Even when the roads are open and we are willing to travel, too many of those places will be in recovery.

But eventually we will be freed from confinement and there will be beautiful places to see. So Ellen asked me to look forward by looking back at places that I treasure, to recapture the richness of California and to remind myself of the promise of road trips to come.

My definition of a “road trip” is pretty loose. It can be a weekend or week-long trip, or a short drive to someplace that is mere minutes from home. On what used to be the Devil’s Slide portion of Highway One, just south of San Francisco, you can literally trip along the road. 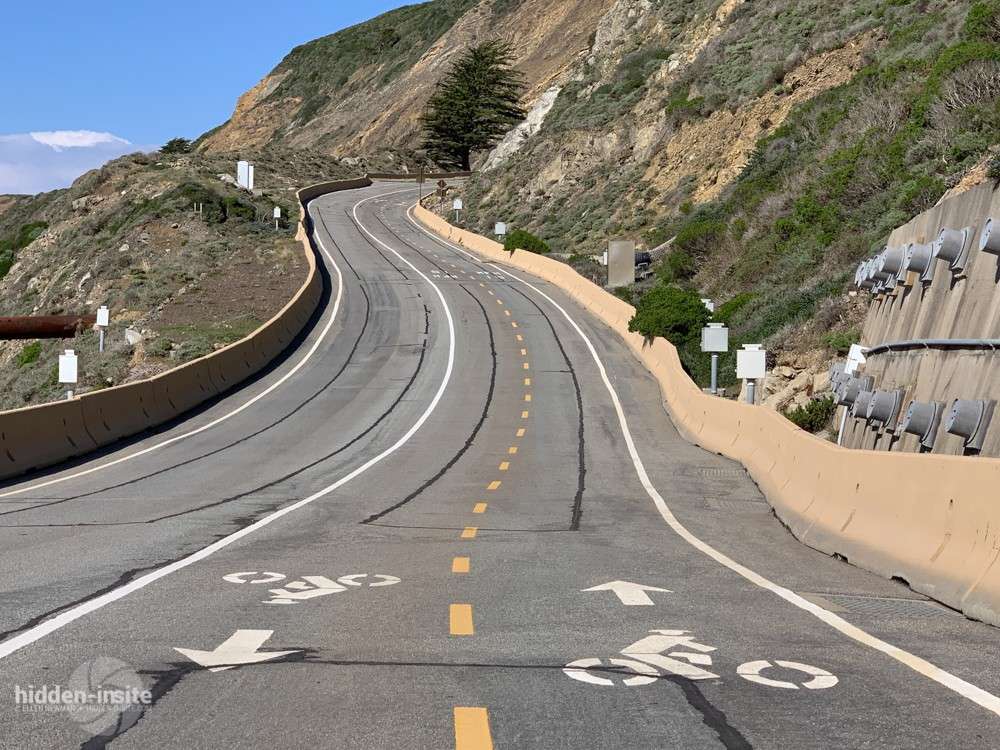 Even closer to home at San Francisco’s Ocean Beach, I caught this chorus line of shorebirds dancing in the surf. 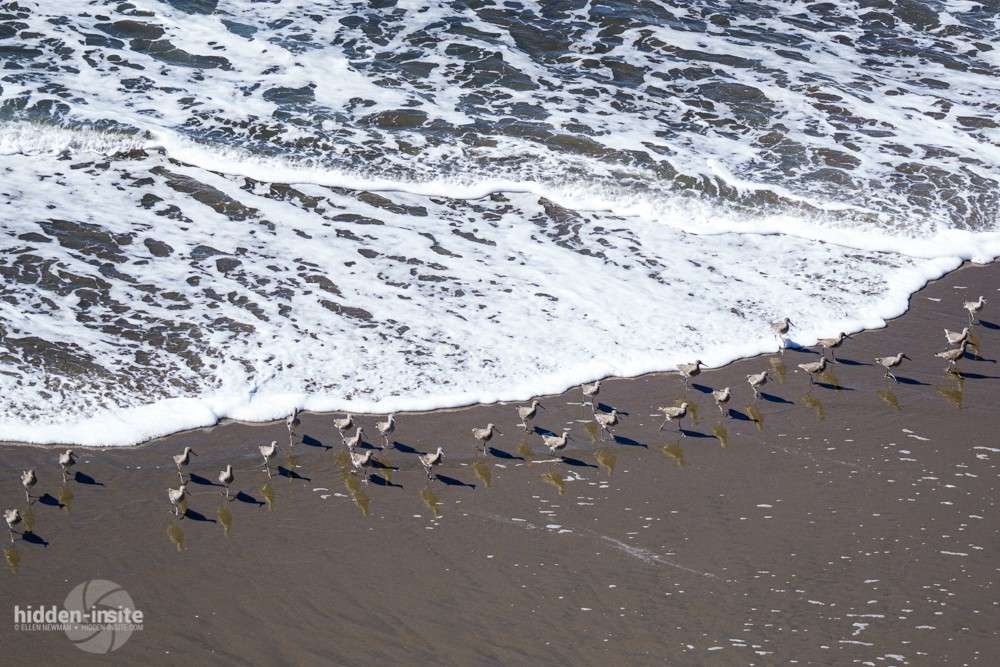 And, while taking a long-exposure shot at Ocean Beach at twilight, I was photo-bombed by a couple taking an evening walk along the beach. 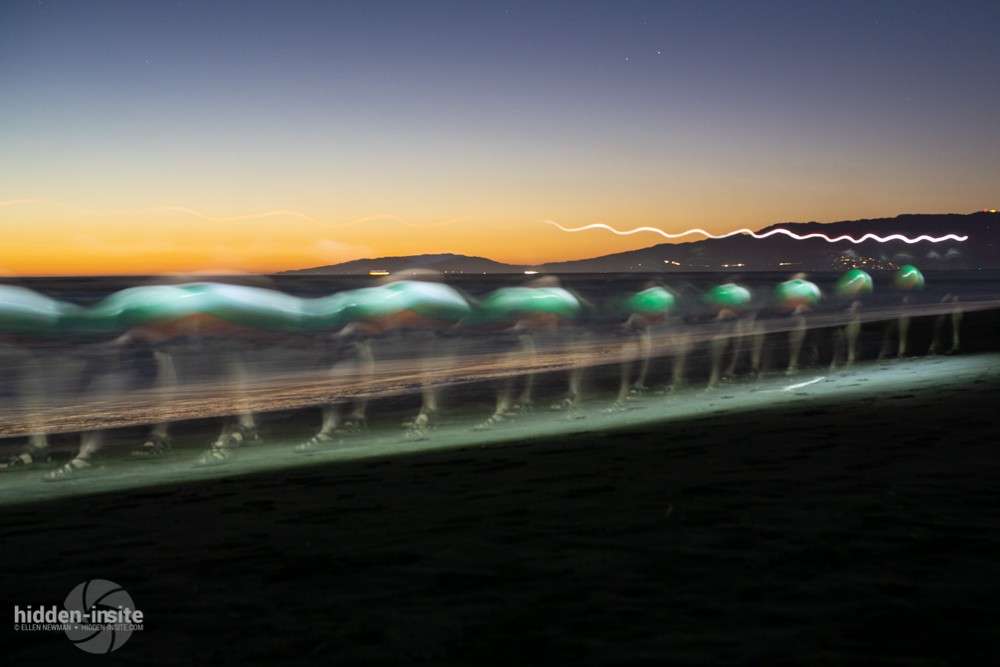 What is endlessly attractive about California are the contrasts, the variety of landscapes, from the fog-draped hills of Point Reyes 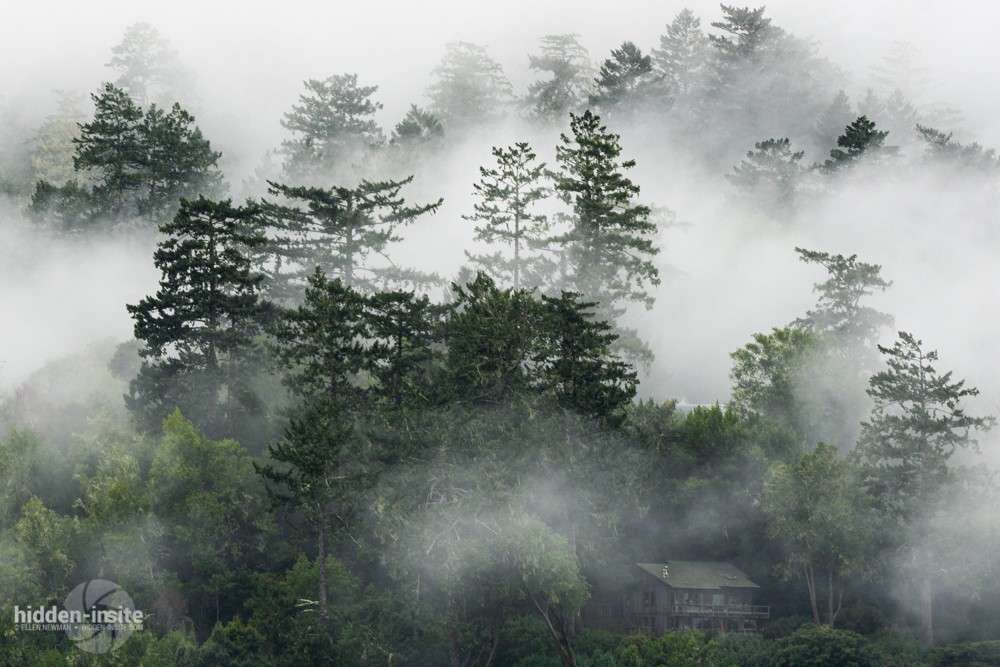 To the starkly beautiful high desert east of the Sierra. 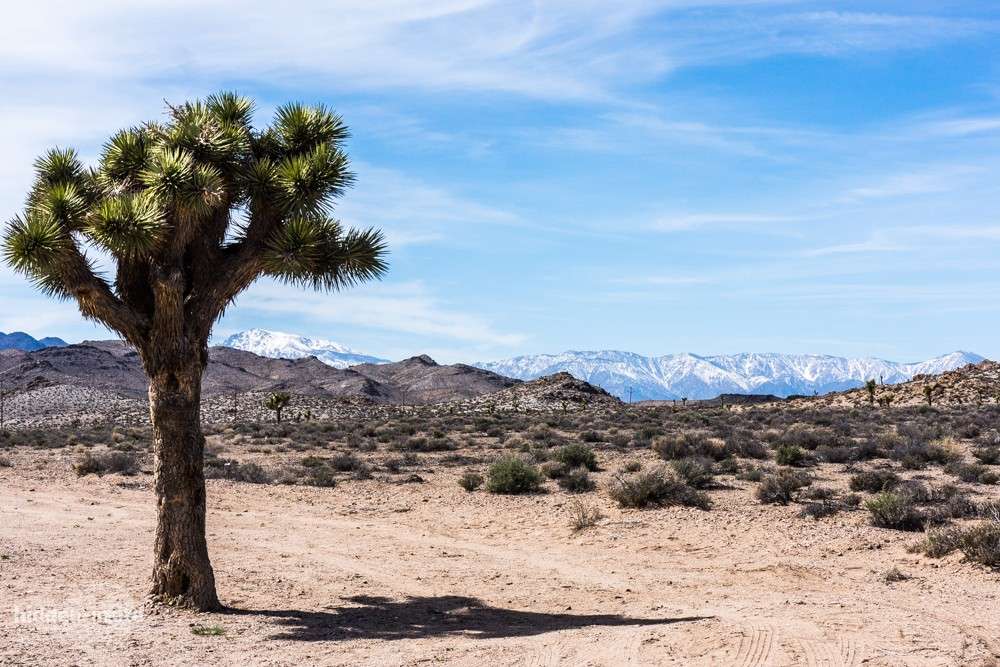 There are places we return to because of their breathtaking beauty, like Little Lakes Valley in the eastern Sierra, a favorite day hike for Ellen’s extended family. 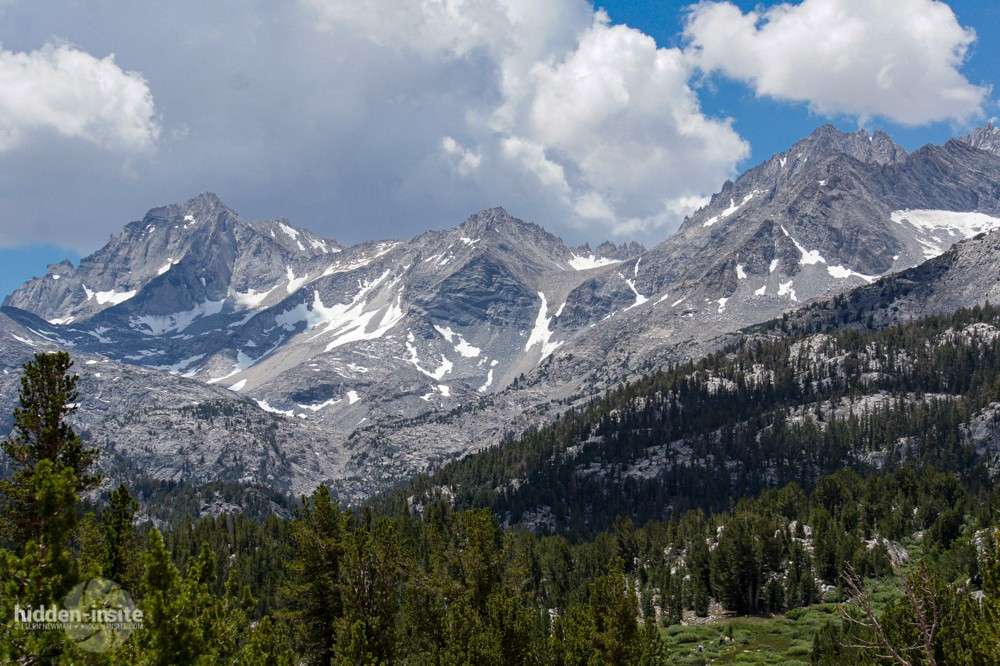 And sometimes the road shows me tiny signs of the infinite variety of life. We spotted these mating dragonflies in Pescadero Marsh. 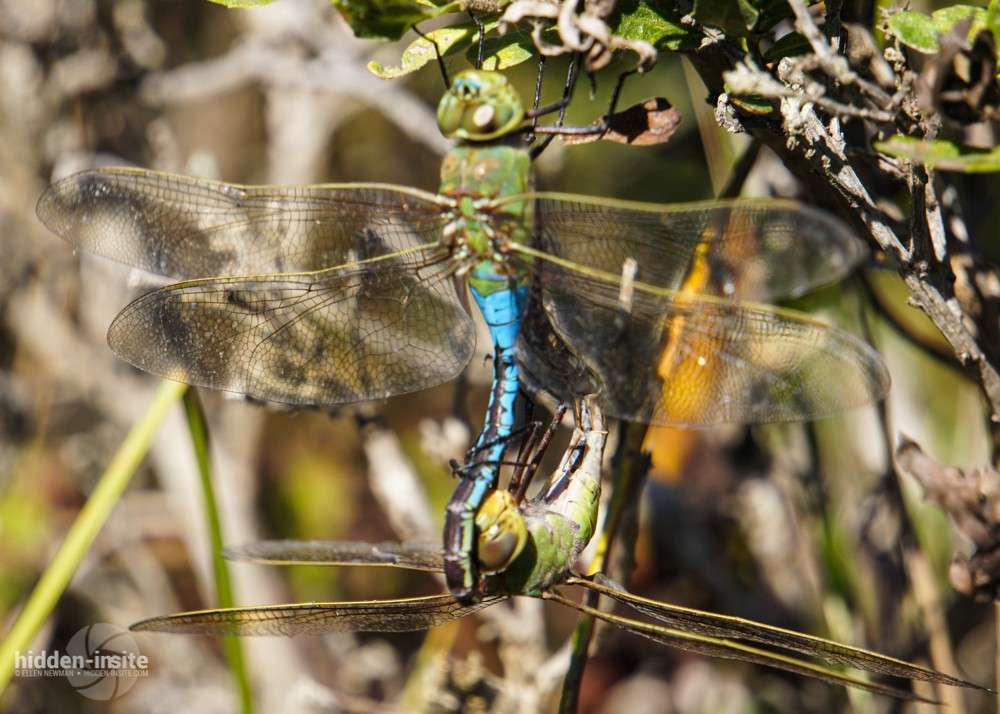 And this honeybee scouting the flowers in the botanical garden in Mendocino. 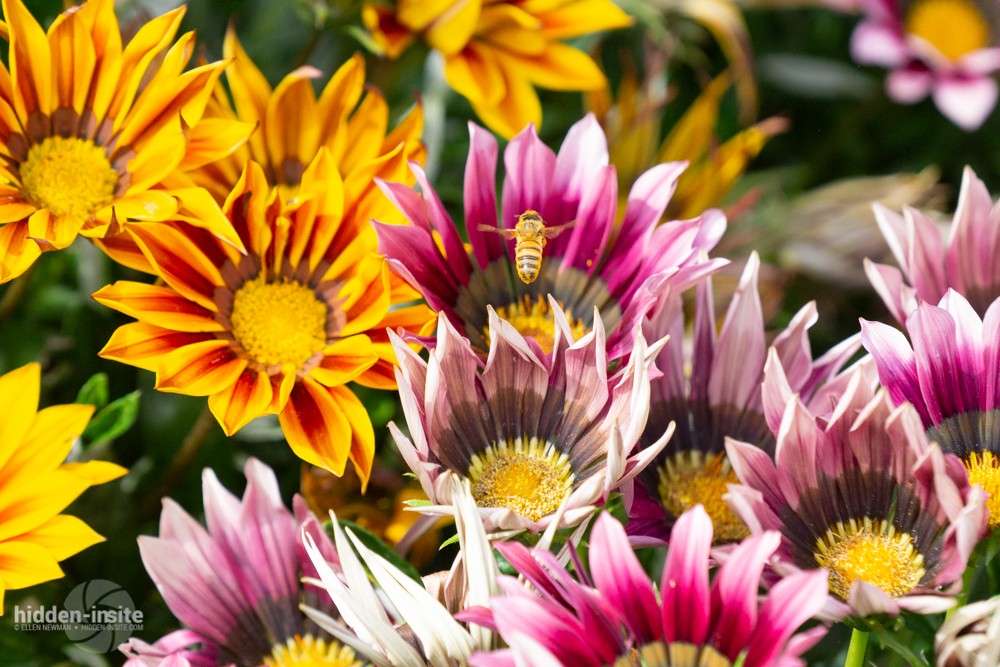 Nature is not always kind

Occasionally, there are chance encounters that remind me that nature is filled with struggle. Near Abbott’s Lagoon in the Point Reyes National Seashore, we came across this battle between a heron and a garter snake. It took more than a half hour. The heron won. 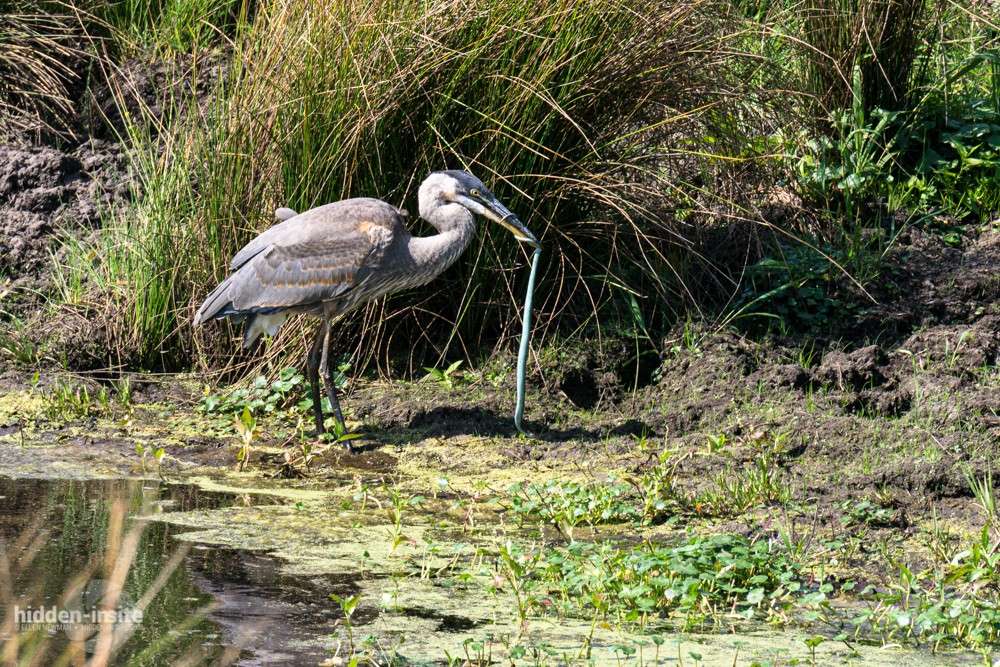 And on a late-afternoon walk near Sea Ranch on the Sonoma Coast, this osprey was carrying dinner back to its nest. The osprey was no doubt delighted. The fish, we assume, was not. 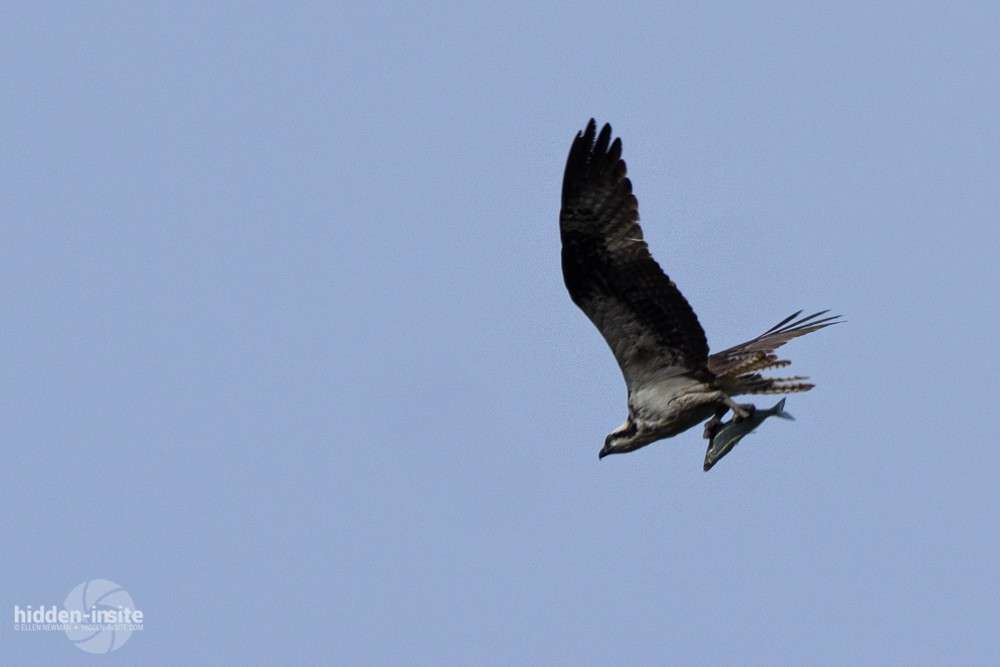 There are places where human activity enhances the natural landscape. The setting sun etched the rows of grapevines on the rolling hills of the Carneros region of Napa County. 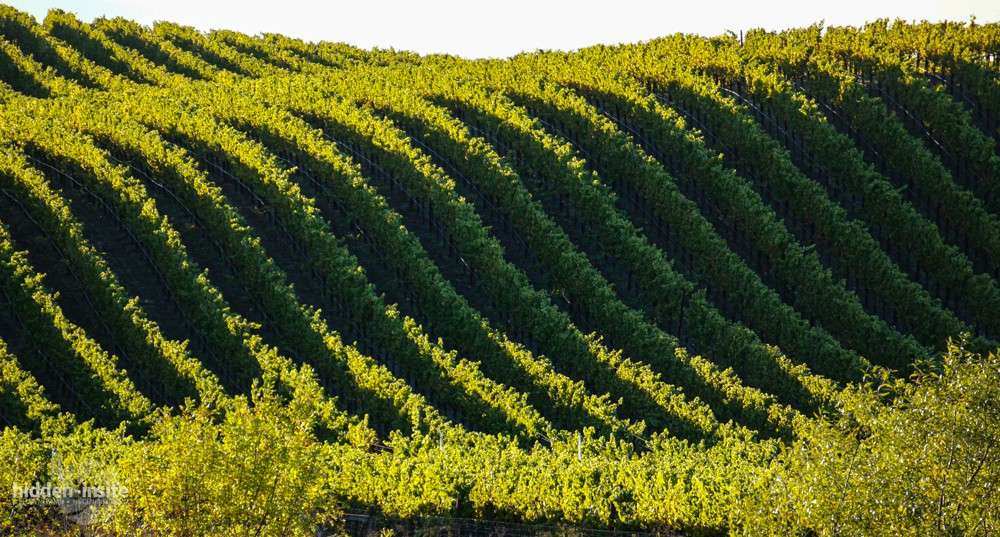 And sometimes traces of human activity hint at California’s colorful history. Bodie State Historic Park preserves a ghost town in the high desert where 10,000 people sought their fortunes in gold in the late-19th century. It had such a rough-and-tumble reputation that a young girl whose family was moving there allegedly moaned, “Good-bye, God, we’re going to Bodie.” (Perhaps it was “good, by God, we’re going to Bodie.” Hard to tell.) 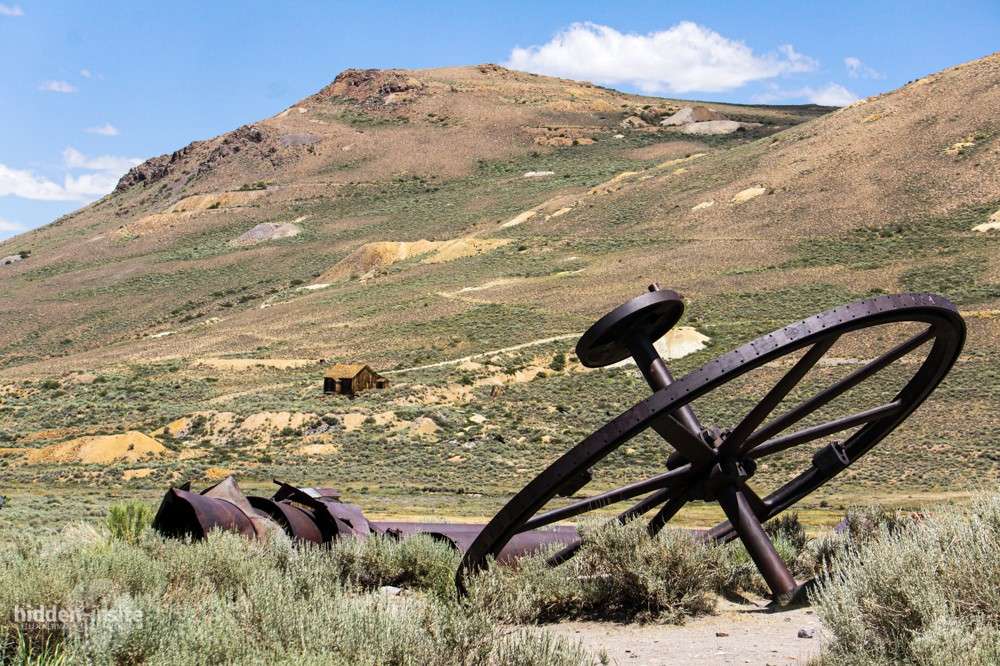 The best California road trips trace its edges – the mountains and deserts to the east and the coastline to the west. Labor Day weekend in 2001 found my brother Ken, his friend Randy and me at Mesa Lake in the John Muir Wilderness north of Kings Canyon National Park.

And Ellen and I return whenever we can, to catch scenes like the setting sun lighting up the desert east of Mammoth. 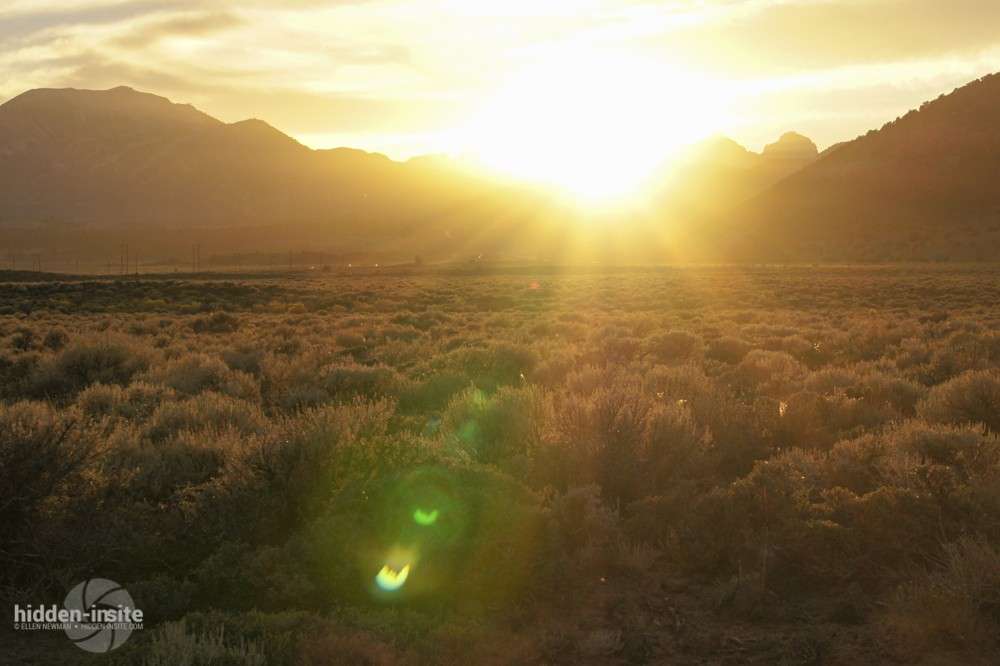 Or Jupiter rising above the mountains on the east side of Death Valley.

And finally, there is the coast, the edge of California and the continent, the place where all roads end. To me – and to many Californians – it’s unimaginable to live in a place where you can’t see the ocean. In places, the coast is so rugged that only birds can find footing; a flock of cormorants outline the rocks below the Point Arena Lighthouse. 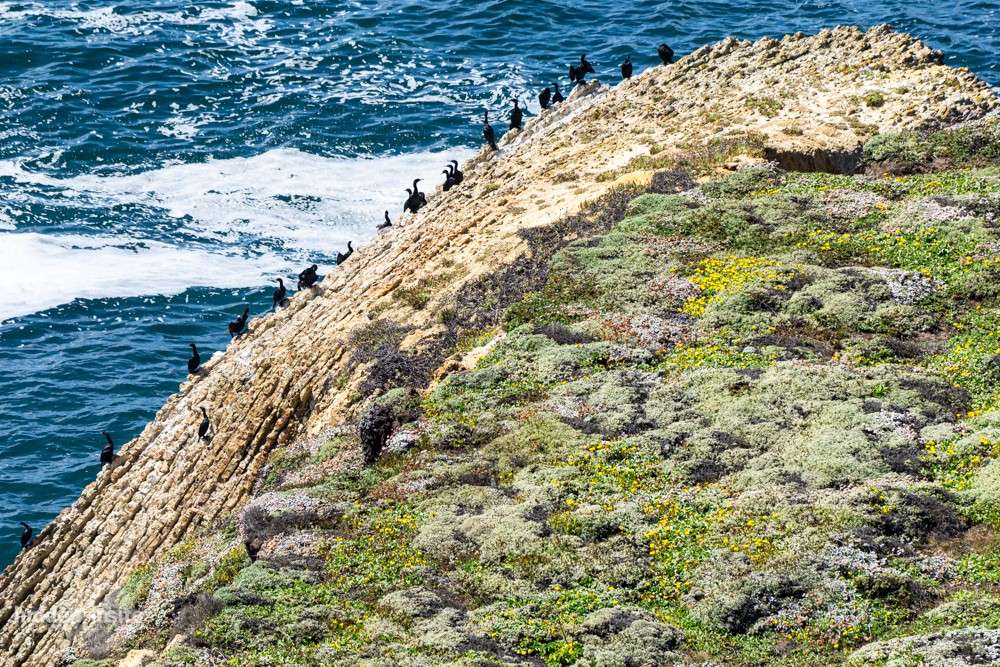 But for much of its length, the California coast means beaches, places where people come for solitude… 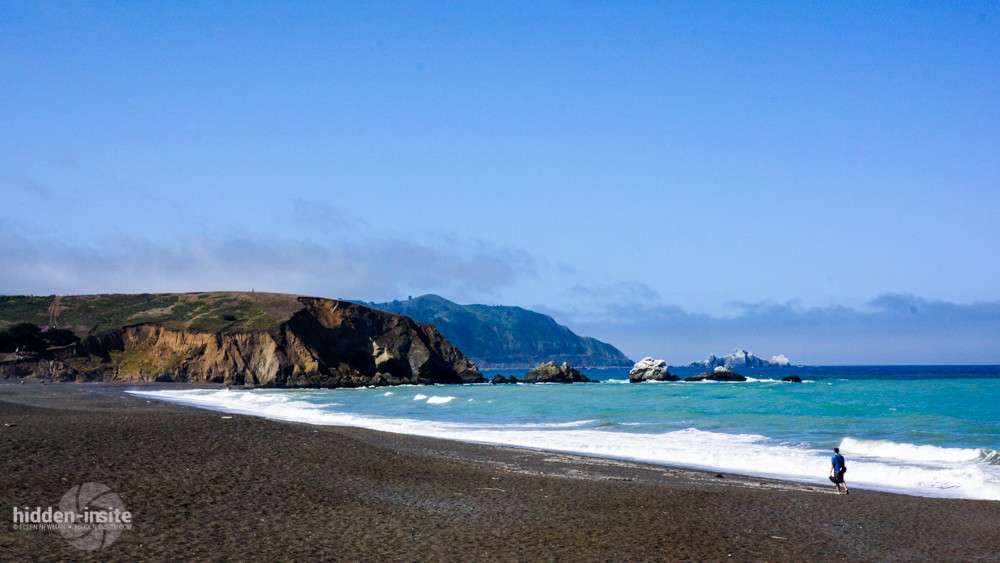 Or to play in crowds (maybe later)… 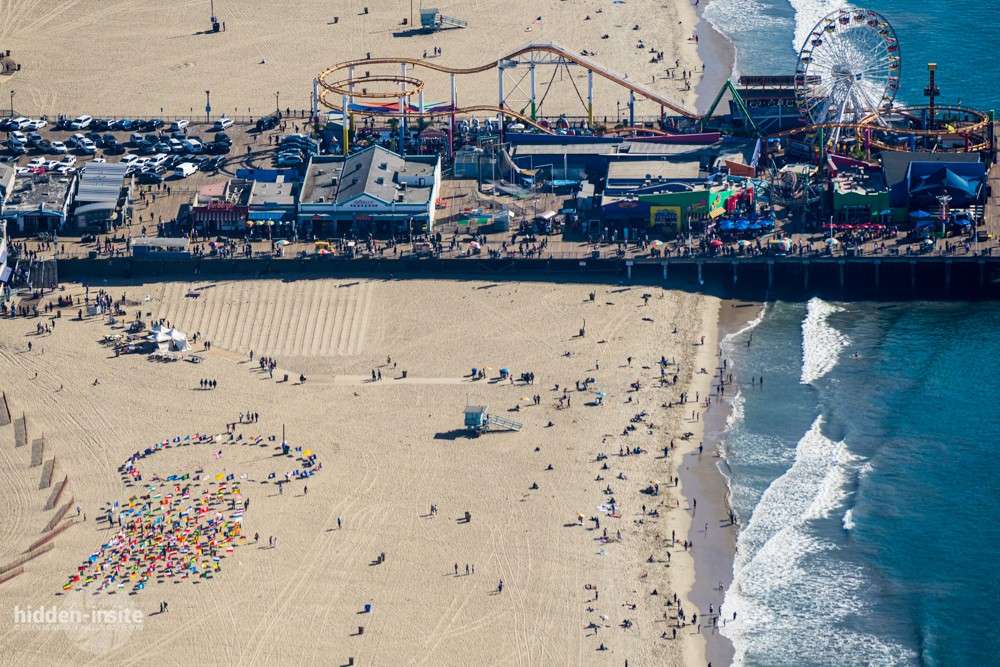 Or to test themselves against the waves… 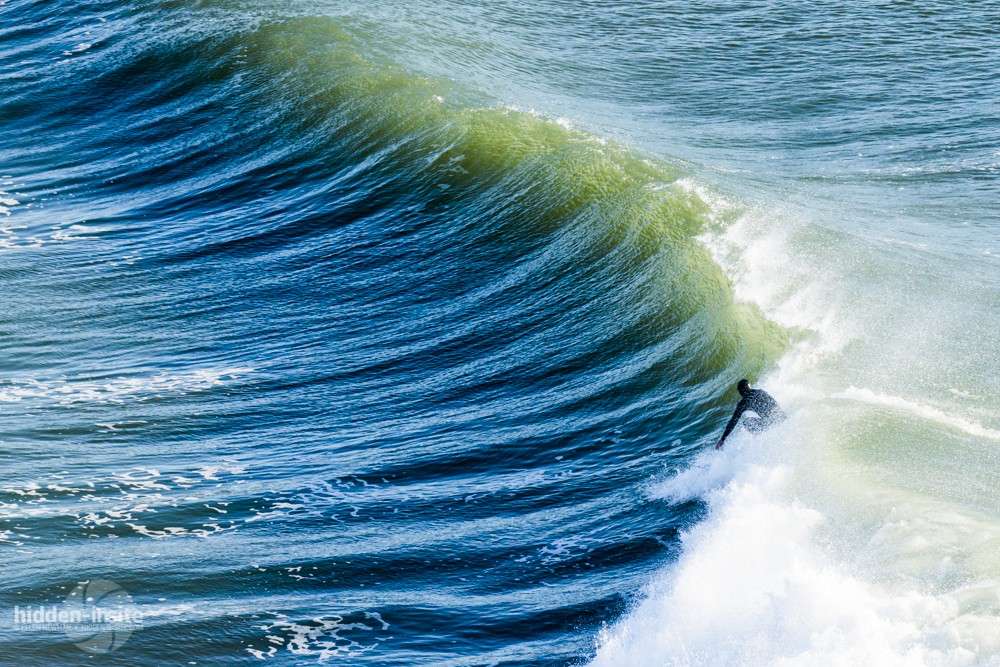 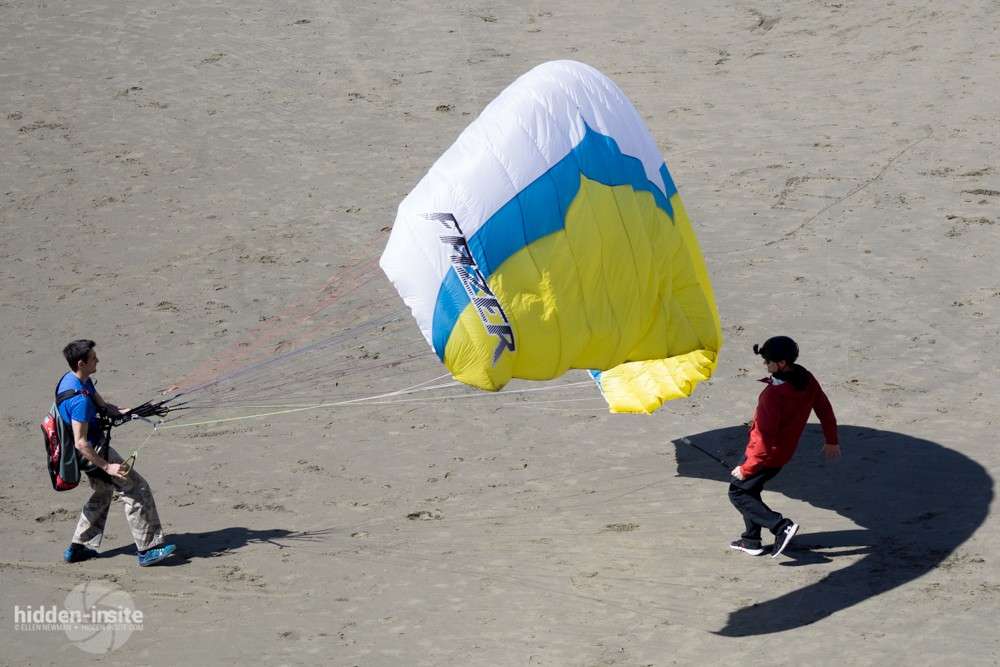 Or just to watch the sun melt into the horizon, teasing us with what lies on the other side and the possibility of other roads in other places. 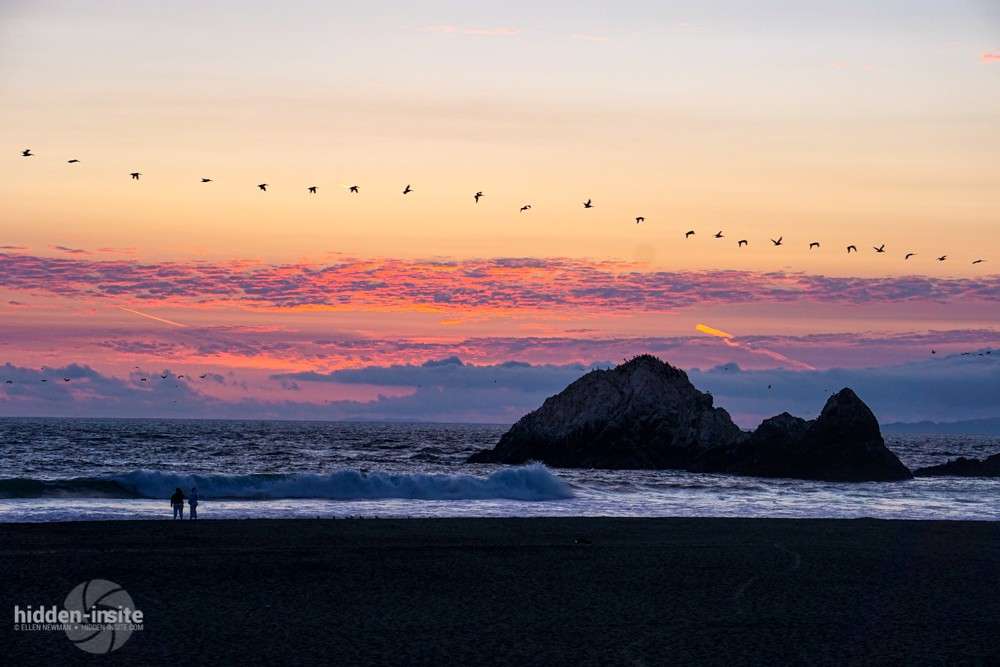 I love traveling and the thrill of engaging with people whose lives are different from mine. I’m excited by the challenge of navigating familiar tasks (ATMs, food courts, crossing the street) in unfamiliar places like Jakarta or Chennai or Hanoi. I love New York for its energy and Boston for its history and Paris for its Paris-ness.

But those places are not home. As much as I look forward to boarding a plane and taking off for someplace far away, it’s the road from my front door that calls to me. And soon, beyond the pandemic and the brutal devastation of the wildfires, we will pack up the car and answer the call. 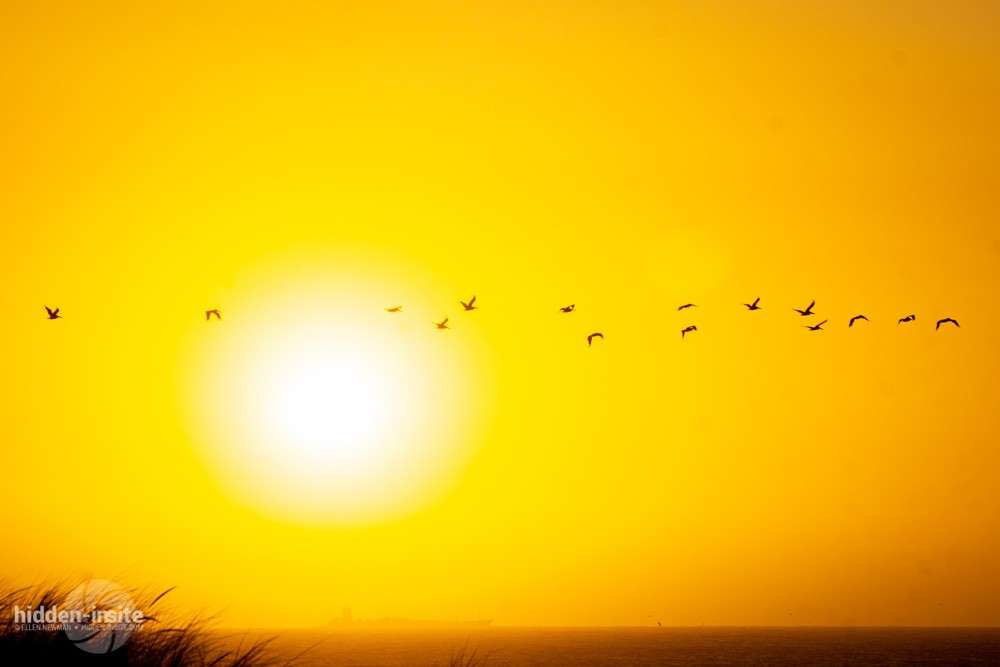 David Newman retired in 2017 as an attorney for the Federal Trade Commission. During a special assignment in 2004-5 he and Ellen spent six months living in Jakarta, Indonesia. That trip to Southeast Asia jump-started their wandering.