The View from Barbara’s Bridge

Driving south on Highway 395 toward the resort town of Mammoth Lakes, California, the Grateful Dead and Dire Straits blasting from the speakers, I felt the curve of the mountains reach out to me like an embrace. The pull intensified as my husband and I passed the turnoff to Yosemite and the barren beauty of Mono Lake. 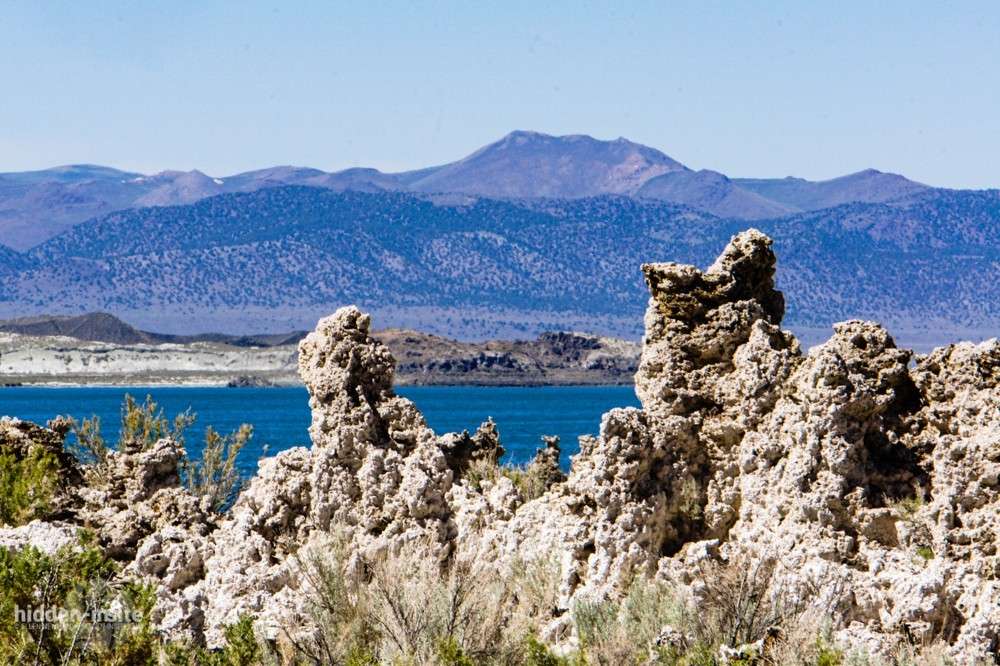 Ahead of us, across the high desert, remnants of the Long Valley Caldera – Glass Mountain, Mt. Morrison and Mammoth Mountain – came into view. I felt the power of the place, an ancient volcanic hot spot that straddles the boundary between the High Sierra and the Great Basin.

Like the tug of family, the mountains always lure me toward them as a place of comfort, reflection and occasional confrontation with unwelcome truths. That’s the edge I felt, mixed with the joy of the road and the anticipation of spending a few days in one of the most spectacular places in California. 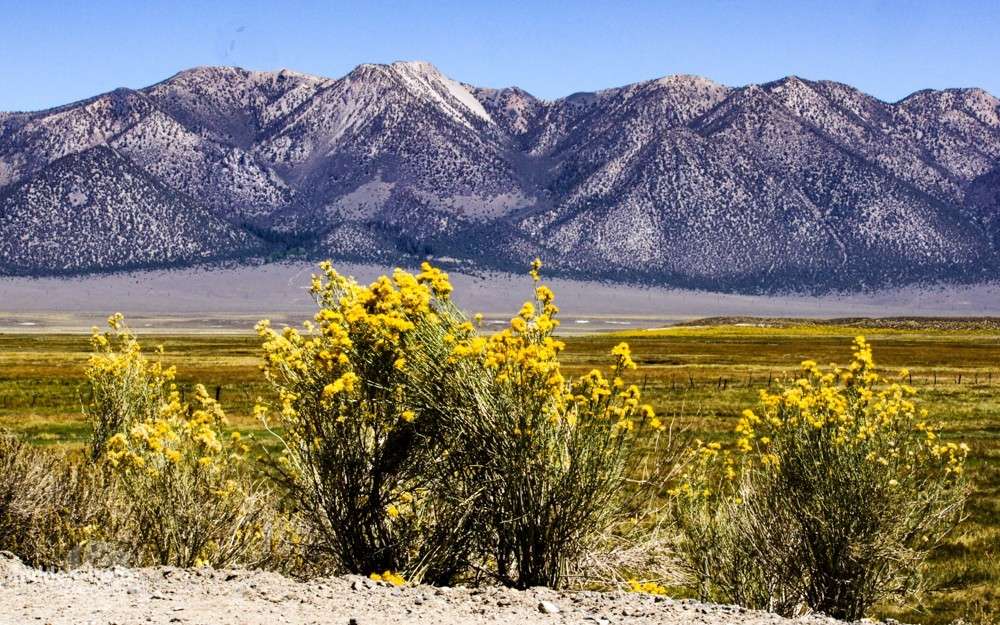 Once we turned off the highway into the town of Mammoth Lakes, the scale changed, as if we had zoomed in on Google’s satellite view in real time. We passed the Vons and Starbucks. We saw girls in pigtails on pink training bikes and boys clutching skateboards. As usual there was a long line at The Stove, a restaurant popular for more than 30 years. Here at least, the wilderness had been tamed, the grandeur softened. 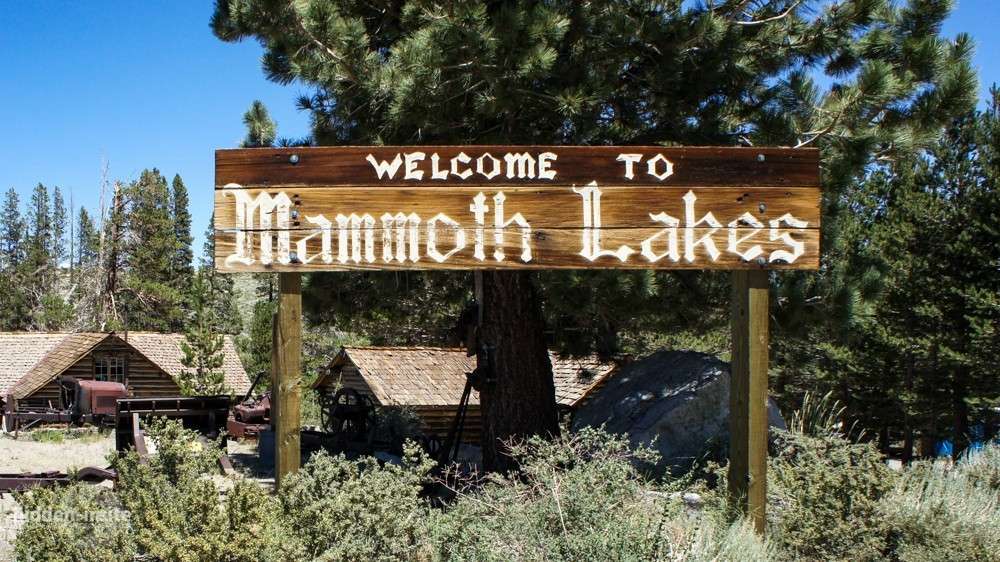 My destination that day was a short but sturdy wooden footbridge that crosses Mammoth Creek. Situated at the edge of town, halfway between the rugged high peaks and the vastness of the desert, the bridge connects well-worn fishermen’s trails on either side of the creek. 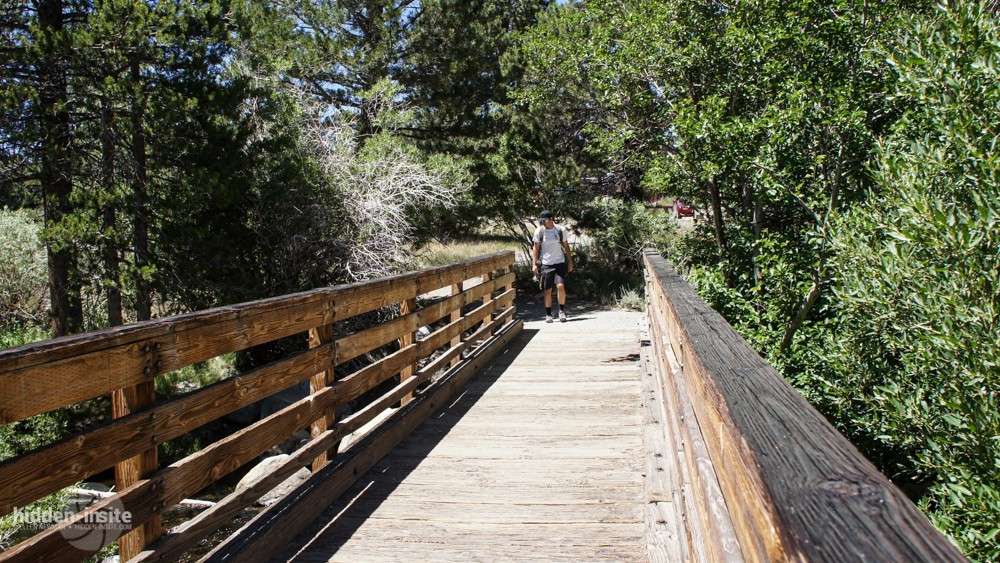 I came to stay a while, to linger on the bridge and watch the riffles in the rocky creek catch the sunlight. I came to stare into the placid late summer pools. 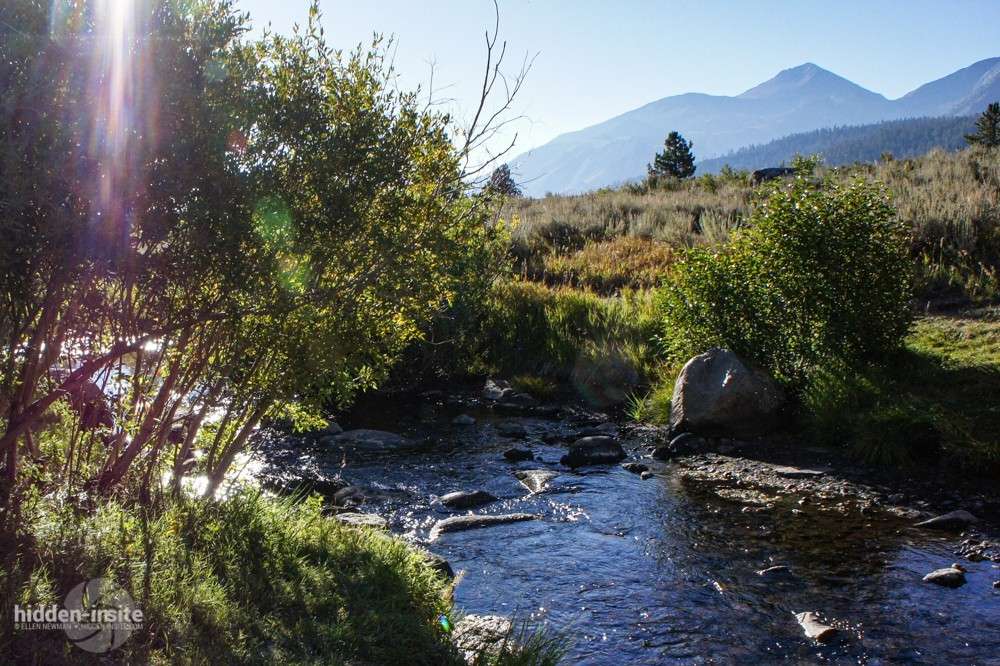 It was the bridge itself — not the path — that drew me. It is the Barbara Diamond Memorial Bridge, given to the city of Mammoth Lakes in 1989 by the people who loved her. I am one of those people. Barbara was my big sister.

The girl who loved to wade in mountain streams

We built the bridge because Barbara always had a thing for creeks. On family trips to wild places, from Yosemite to Banff, she would doff her shoes to wiggle her toes in streams. 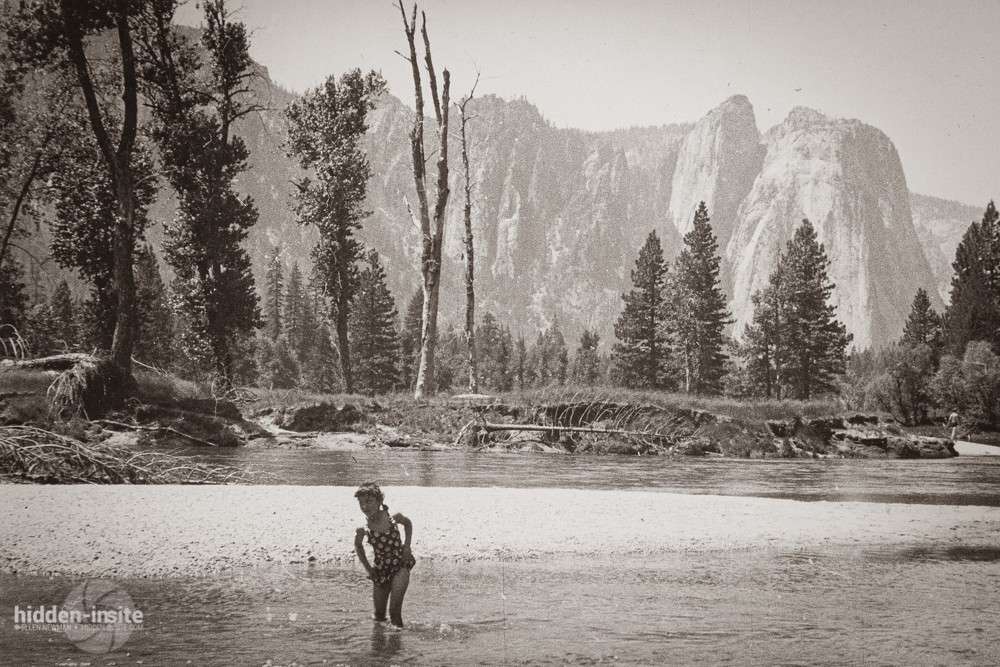 She loved to hop from stone to stone, boulder to boulder, sure-footed and confident. Preteen Barbara still grins from black-and-white snapshots, inviting us to join her fun. 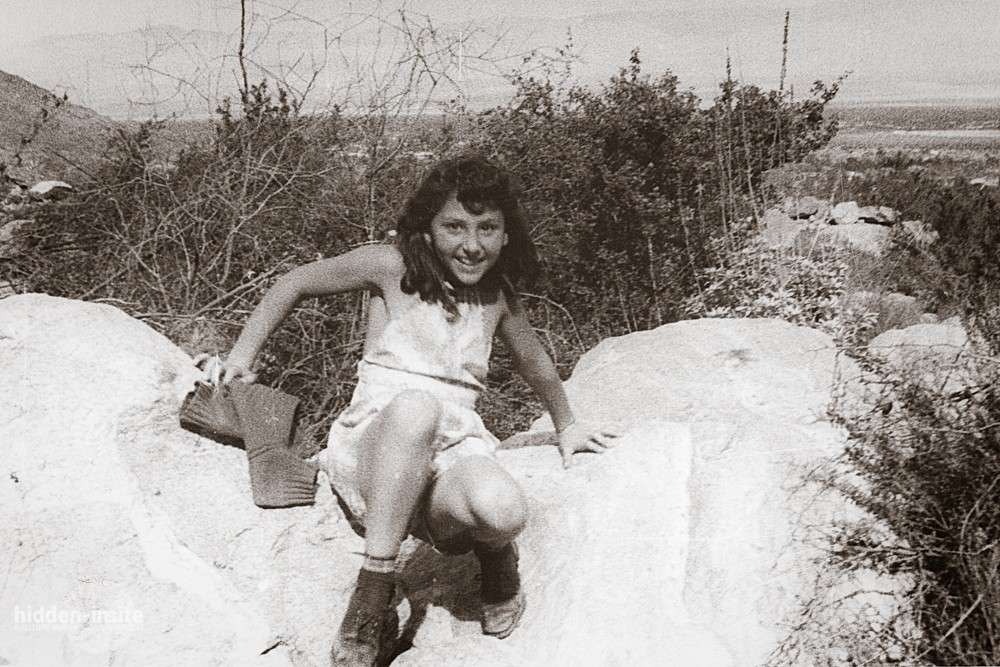 Barbara, born in Brooklyn in 1931, became a California girl as soon as the family moved west so our dad could take a job in Depression-era Hollywood. By the time I came along just after World War II, Barbara was a golden girl who posed for glam shots at Universal Studios and had boyfriends lining up around the block. 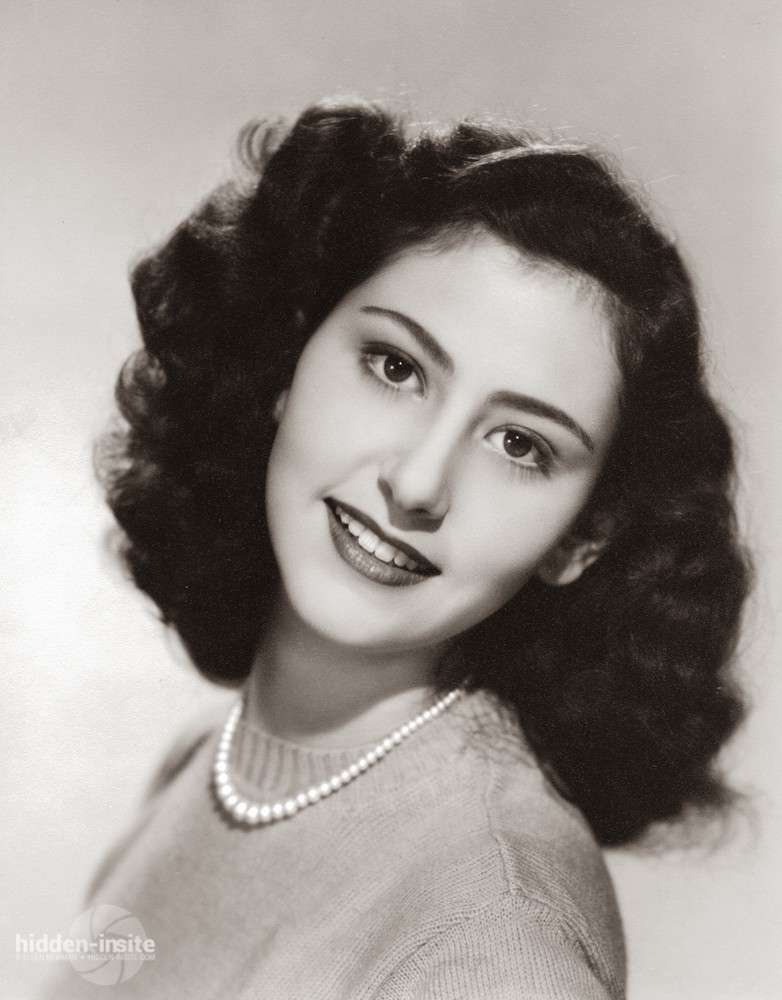 She married Allan Diamond when I was eight, and they settled into a Dick-Van-Dyke-Show-life in Los Angeles with their daughters, Fredi and Lynn. Barbara’s world was filled with teaching – she was a reading specialist – car pools and family.

From the outside it all looked bright, but underneath the busyness lurked the residue of our mother’s early death, more tension at home than she cared to admit, a perpetually strained relationship with our stepmother and her own breast cancer. 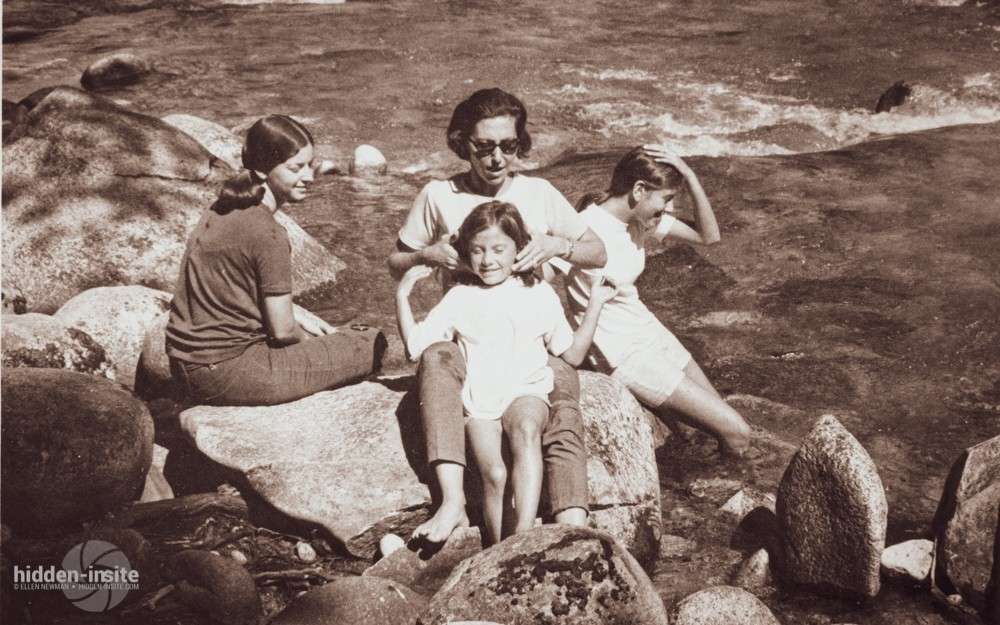 Although home was Los Angeles, Mammoth Lakes became home to Barbara’s best self. It was where she felt at peace, at one with herself. It was her refuge. She played tennis, fished, hiked, walked by the creek and fished some more. Home base was a vacation condo, just steps from the creek, perfectly placed on the meadow.

I had visited Mammoth Lakes and Barbara’s bridge many times since she died in 1986. But this visit was different. For the first time we rented a unit in the same development as Barbara’s condo. I was anxious lest the memories be too strong. Instead it was comforting to stroll the fishermen’s trail and bike path down to the bridge. The week before our visit I had gone to shul in San Francisco to say Kaddish for Barbara, surrounded by people who never knew her. It wasn’t an empty gesture, exactly. But it wasn’t complete. In saying Kaddish I memorialized her loss. I wanted to remember her life.

From the bridge I watched willow leaves glow golden in the late afternoon sun. Dappled light played on the water, etching patterns on the pebbles below. Quaking aspen tinkled like temple bells in the breeze, and leaves cast gentle shadows on the rocks. I listened to the creek gurgle its way from the mountains to the Owens Valley under Barbara’s bridge. 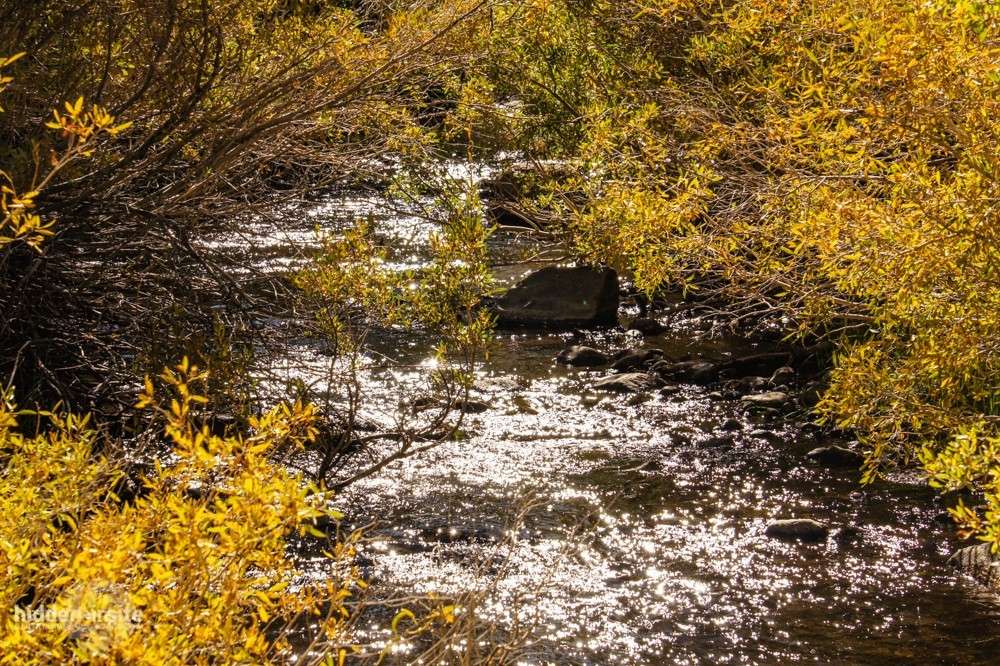 I sat down on a boulder near a small pool just above the bridge. A cozy, intimate space, it reminded me of a comfortable den, a place for quiet conversation, for relaxing, for gathering one’s thoughts. I stared into the pool, not sure what I hoped to find. 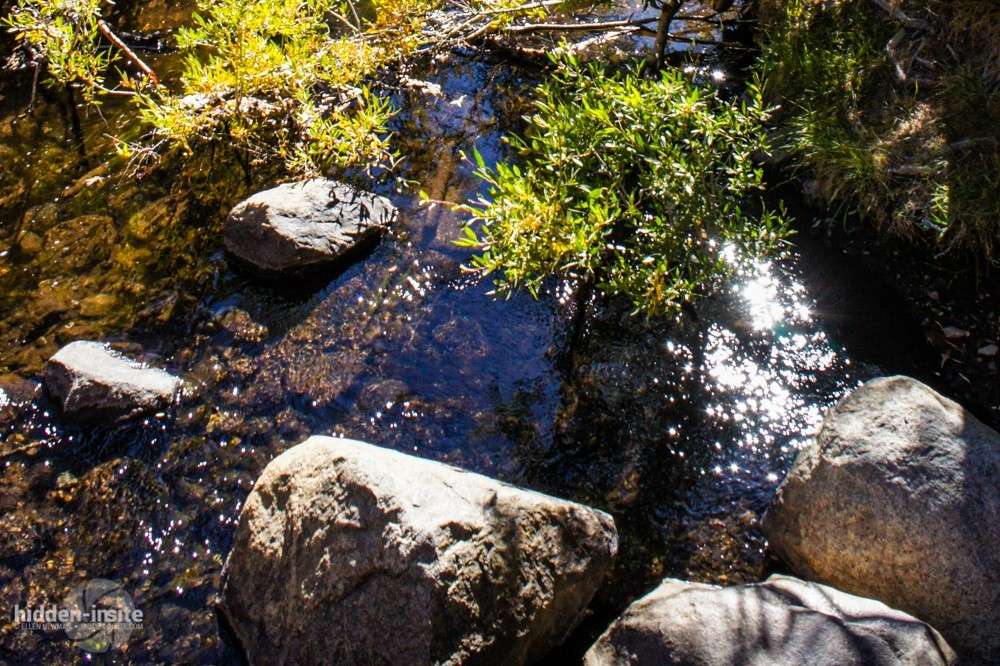 Riffling through memories, golden and dark

Big thoughts on the meaning of life competed with simple, sometimes distant, memories of my life with Barbara. Sparkles in the creek made me smile as I recalled how, at three years old, I thought Barbara’s sequined prom dress belonged to a fairy princess. I saw us drying dishes in many kitchens over many years as we dished long and loud about our family. I chuckled as I remembered Barbara teaching my then three-year-old Ben to fish in a nearby lake. 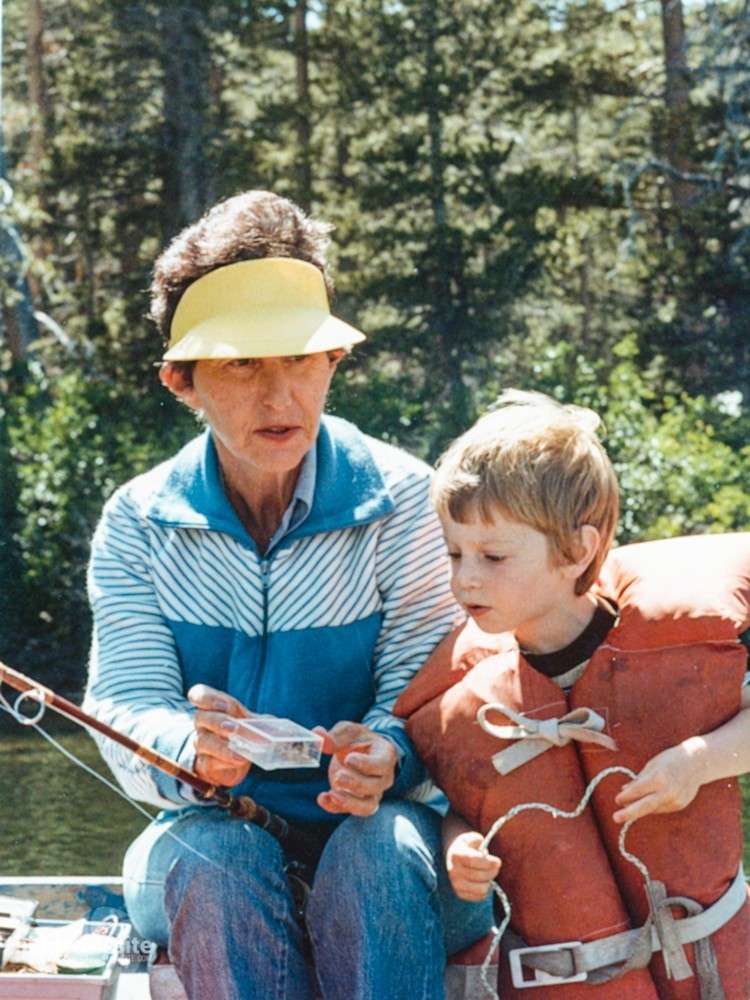 I tasted the salmon salad sandwiches we ate in the car as our family left Yellowstone in a pounding rainstorm, and I giggled at the memory of going to the drive-in in Barbara’s hot red Chevy convertible while I was in high school. 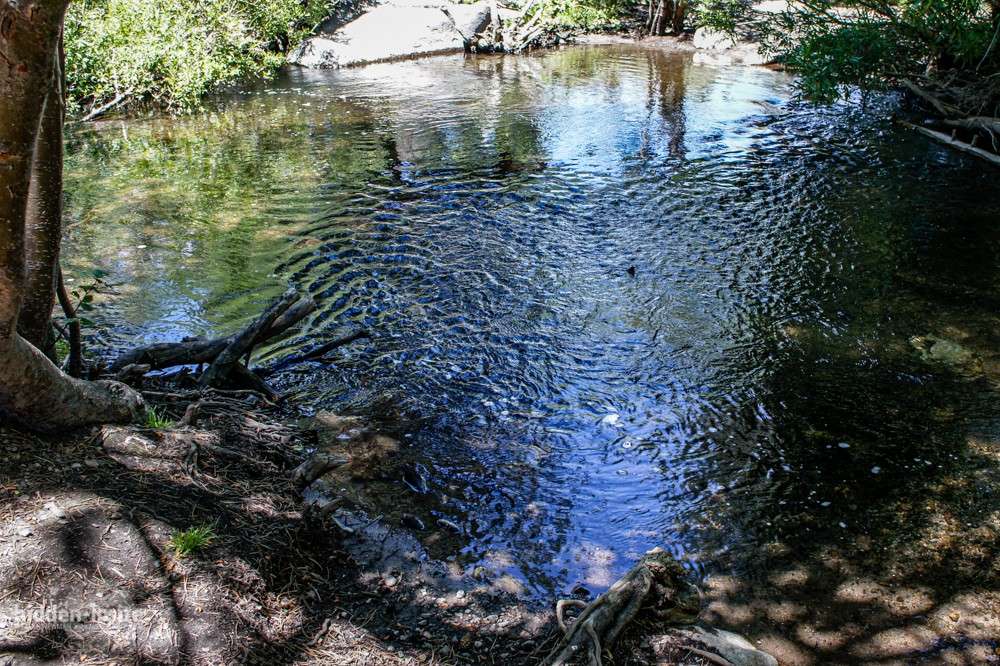 But other, less welcome memories intruded. Like many sisters, we had unresolved resentments that refused to dissipate, to soften with time. Sitting in that calm and beautiful place, old hurts bubbled up like hot gasses from the volcanic zone under Mammoth Lakes. Some, sadly, have never healed because it really is too late for apologies to be offered or received.

My thoughts were interrupted by a bunch of flies darting over the creek. They seemed to have materialized from nowhere. I imagined happy trout and happy fishermen. Suddenly a blue dragonfly zipped across the creek. I had always envisioned dragonflies as enchanted creatures inhabiting enchanted places. But as I watched I learned the truth. Like a lethal weapon, the dragonfly nabbed those flies, one by one. Once again I was reminded that life is short. 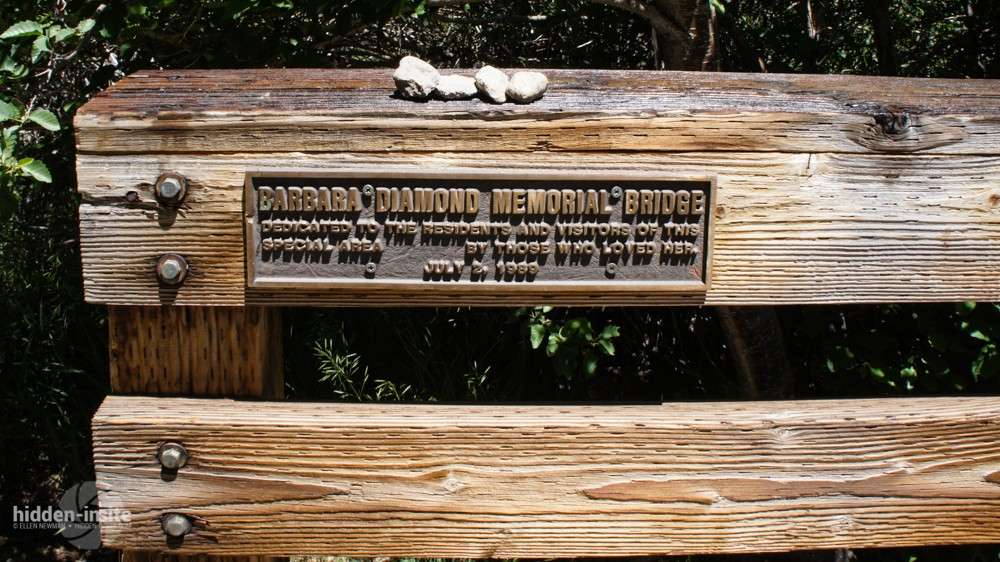 With a sigh I picked up a handful of stones to place on the bridge above the plaque, a Jewish mourning practice that tells strangers that this bridge was dedicated to someone long departed but still loved. It was a sign that we stopped by, we visited, we had a conversation. 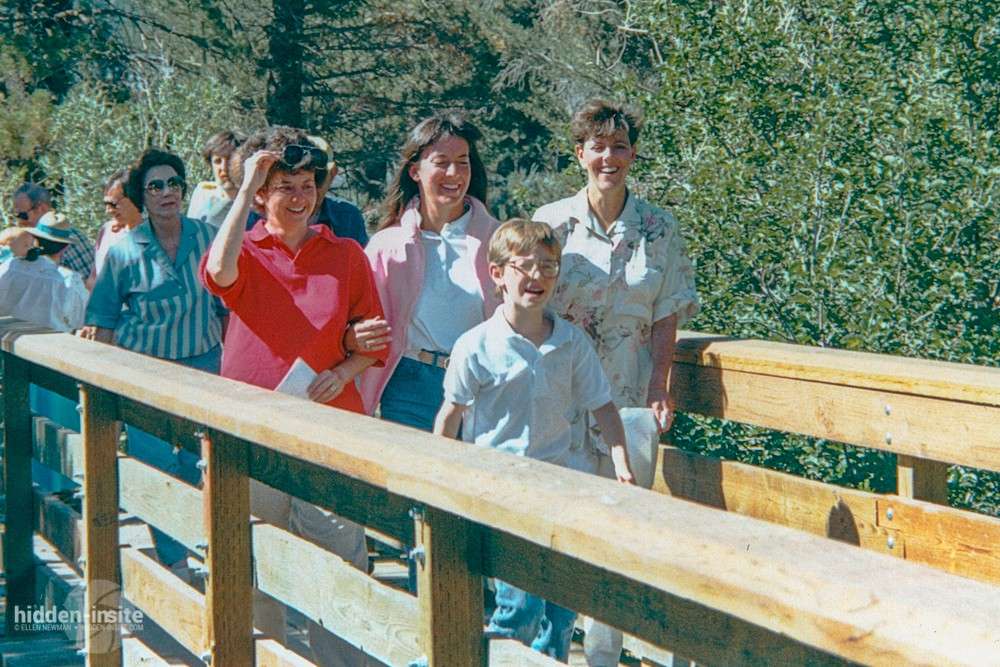 Barbara’s family and friends take the first walk across the bridge in July, 1989, led by nephew Ben, sister Ellen, and daughters Lynn and Fredi.

As a family we turned memory into a memorial so we would have a place to remember the girl who loved to wade in mountain streams.

In the photo album Barbara’s daughter Lynn compiled to commemorate the opening of the bridge in 1989, she included this quote from Barbara:

“Perhaps in every life there’s one special place. Mammoth is mine. I walked in the meadow every day and renewed myself just being there. I sat on a rock for a long time and cried. I was so moved by the beauty around me. The snow glistened on the mountains; the sun shone brightly; the creek trickled by quietly–most of it was frozen, and I wished I could stay forever.”

For us, Barbara will forever be in Mammoth.