I’m Dreaming of an LA Christmas

This year (2020) we’re all nostalgic for holidays as they’re supposed to be. For me that usually means a trip to Los Angeles to be with family and revel in my memories of home—or as Bruce Springsteen sings it, memories of “my hometown.”

And at Christmas, that meant Santa Claus, even for a Jewish kid. I’d make an annual pilgrimage to one department store or another and whisper my desires to Santa—a Toni doll, a Betty Crocker baking set. I left the big wishes—world peace and ending hunger—to my parents. Luckily the department store Santas were trained to repeat children’s lists loud enough for their parents to hear—and to buy. It worked out well for everyone.

But my favorite Santas rode high in the sky above Wilshire Boulevard, at the borders between Beverly Hills and Los Angeles. Those Santas, naturally, were on the Beverly Hills side. But the eastern boundary between BH and LA was just three blocks from our house, so those Santas were frequently on our route. I was excited every time we drove by from Thanksgiving to New Year’s Day.

But, one year they disappeared. I don’t know the full story, but I’m sure it’s an adult story having to do with landlords, building owners, insurance. Something like that always gets in the way. I had moved away by then. So I just shrugged.

So imagine my surprise and delight when I rediscovered “my” Santa, flying high over the Grove, a high-flying retail complex built on the grounds adjacent to another favorite childhood haunt, LA’s famous Farmers Market. 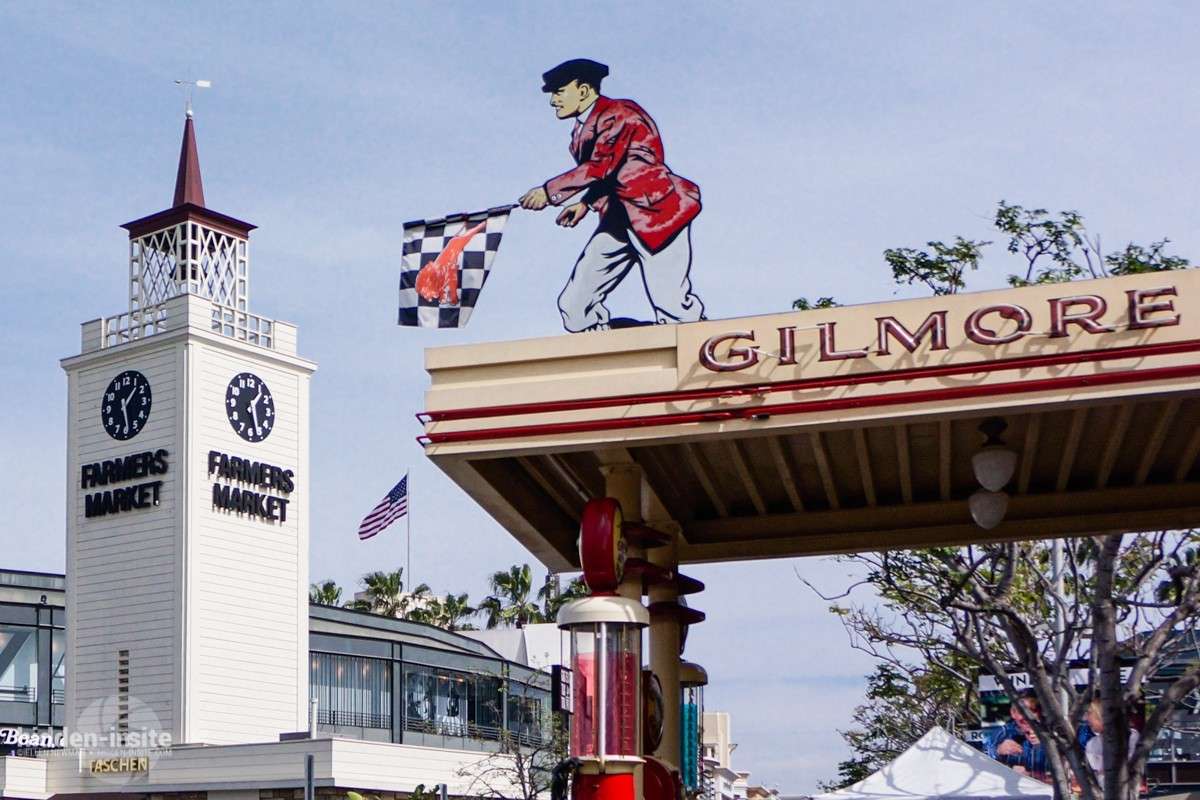 One of the most celebrated landmarks and tourist destinations in Los Angeles, the Farmers Market opened as a truck stand in 1934 on land owned by the Gilmore Oil family. Located on the corner of Third and Fairfax on land where the Gilmores had discovered oil on their dairy farm, the market soon became a popular complex of stands and shops. 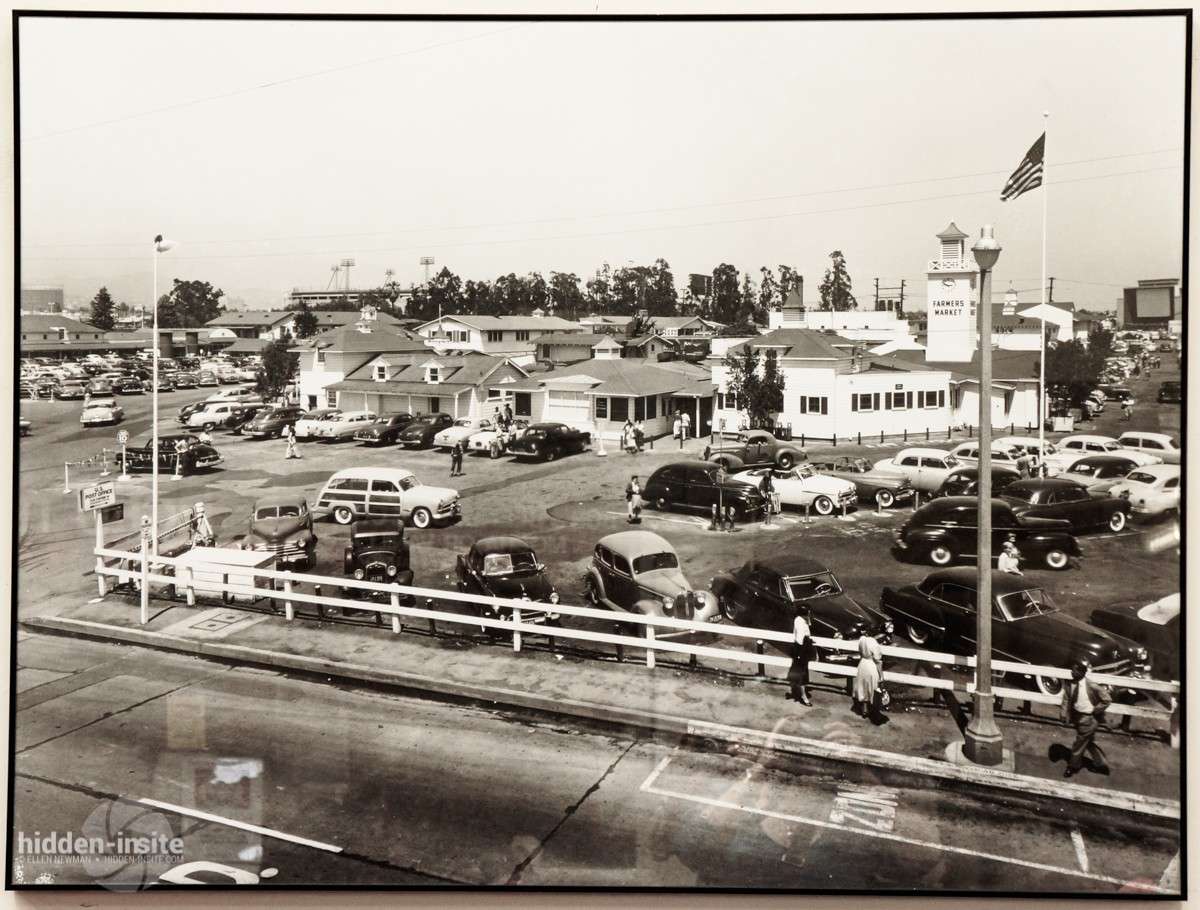 Lucky for me, it was walking distance from my house and a block from my elementary school. As a child, I felt so comfortable there that I’d often wander away from my mother to explore on my own. 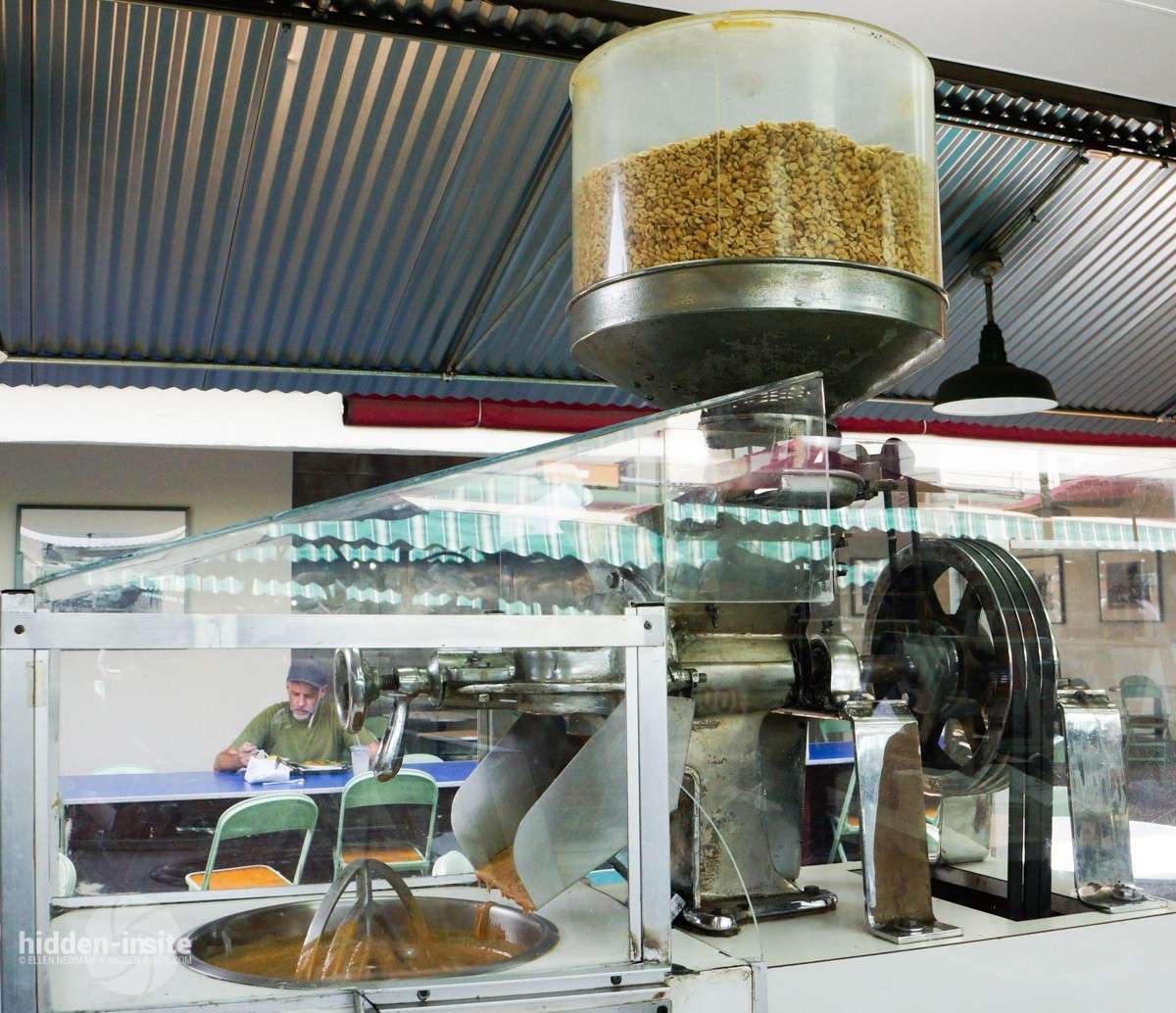 The peanut butter grinder at Magee’s House of Nuts exerted a taffy-like pull. I was mesmerized by its soothing rhythm as the machine went round and round, crushing the peanuts into creamy butter, ready to spoon on toast. A trip to Los Angeles still isn’t complete without a stop at Magee’s, where the same machine continues its rounds. I always pick up jars of delectable pistachio butter for myself and my neighbor. 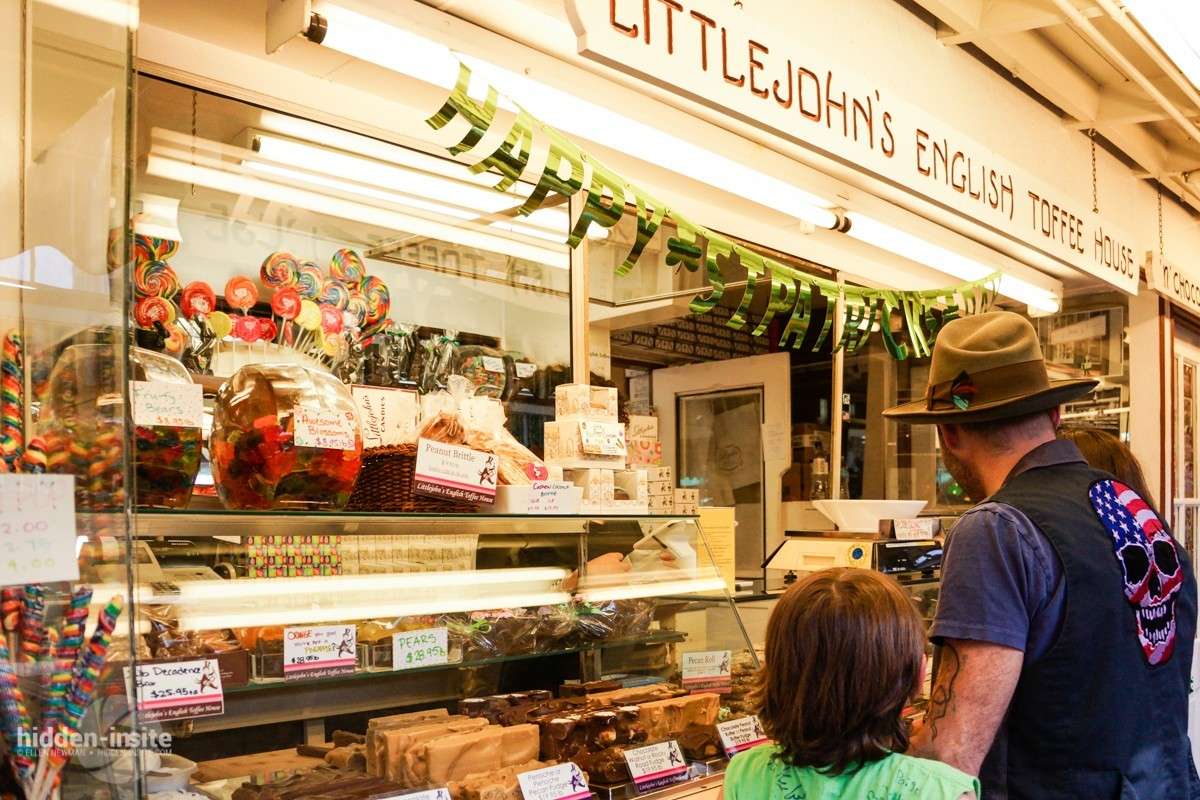 As a kid I wanted to claim the candy lady at Littlejohn’s English Toffee House for my grandmother. She carefully, methodically, meditatively dipped her caramels or nut clusters into molten chocolate and then topped each piece with a stylish flourish. My eyes would grow big as I stood on my tippy toes to watch her work. I wondered if she ever licked her fingers when she finished her shift.

At least once a week, after my mom picked me up from school, we would head to the Farmers Market. Her destination was usually Tusquellas Meats. The Tusquellas butcher shop was the only place she bought ground meat or fresh fish. The hamburger always came with a generous packet of chopped onions and parsley, which added a bit of crunch and color to our burgers. 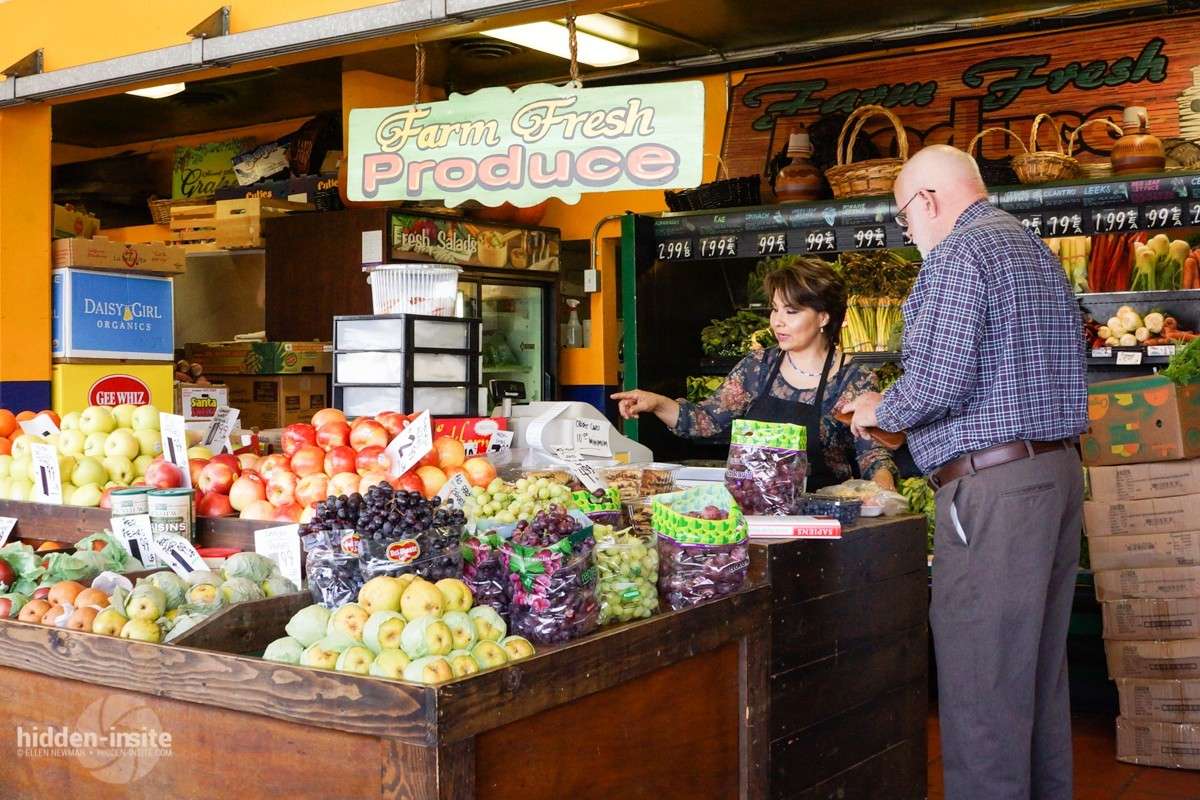 She would also stop by the produce stand to pick up fresh corn and tomatoes that tasted real, unlike the tepid pink versions in the supermarket. My mom definitely passed her foodie ways on to me. 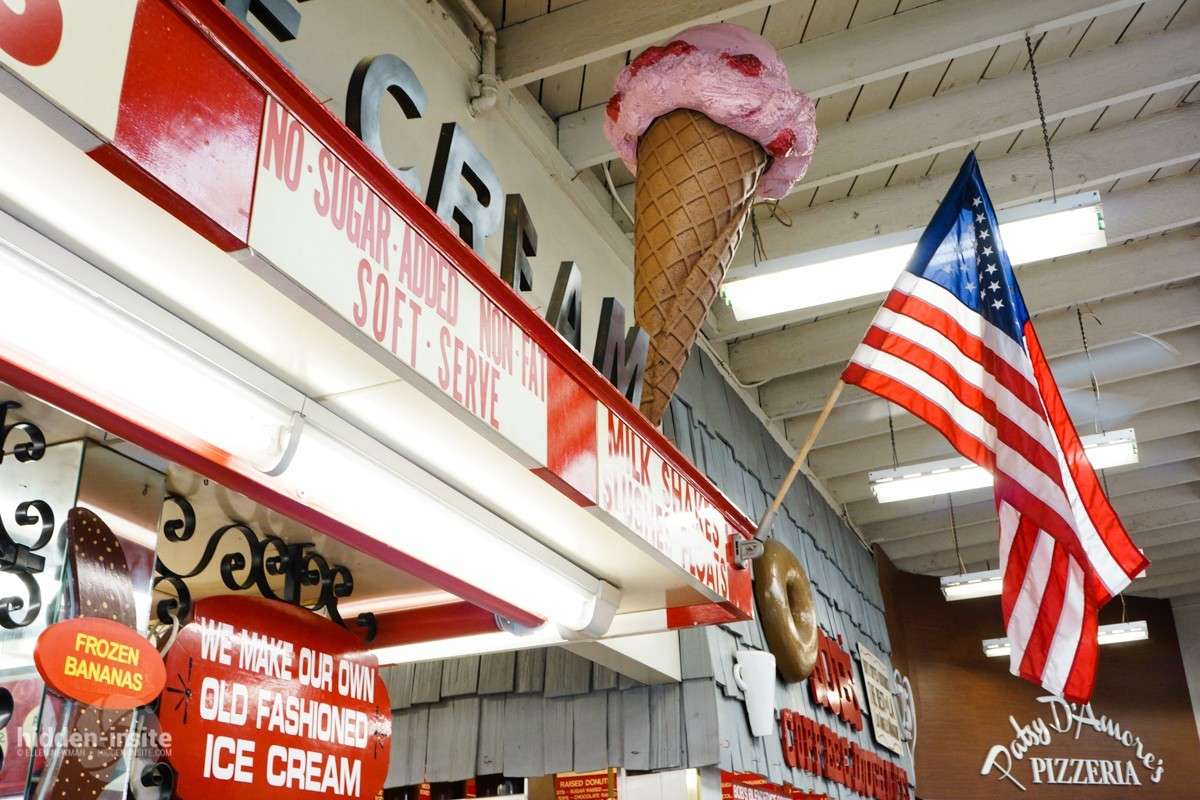 While she did all that shopping, I was usually slurping an ice cream cone and staring at the elaborate “pink elephant” cakes lined up in a row at the long-gone Humphrey’s Bakery. The allure of these cakes was the slightly boozy look of the fluorescent pink elephants, with their trunks wrapped around a bottle of booze. I knew I wanted one when I turned 21.

Now, long past 21, I still visit the Farmers Market every time I come home to Los Angeles. Making the rounds, I recall the film I shot for a UCLA summer school class. I found the gooiest cakes and most delectable treats to shoot, then followed all those enticing food images with a jerky animation of a model “exercising.” It’s almost laughable to realize how easy it would be to shoot and edit that mini-movie on my iPhone now. And trust me, the modern version would be a huge improvement. 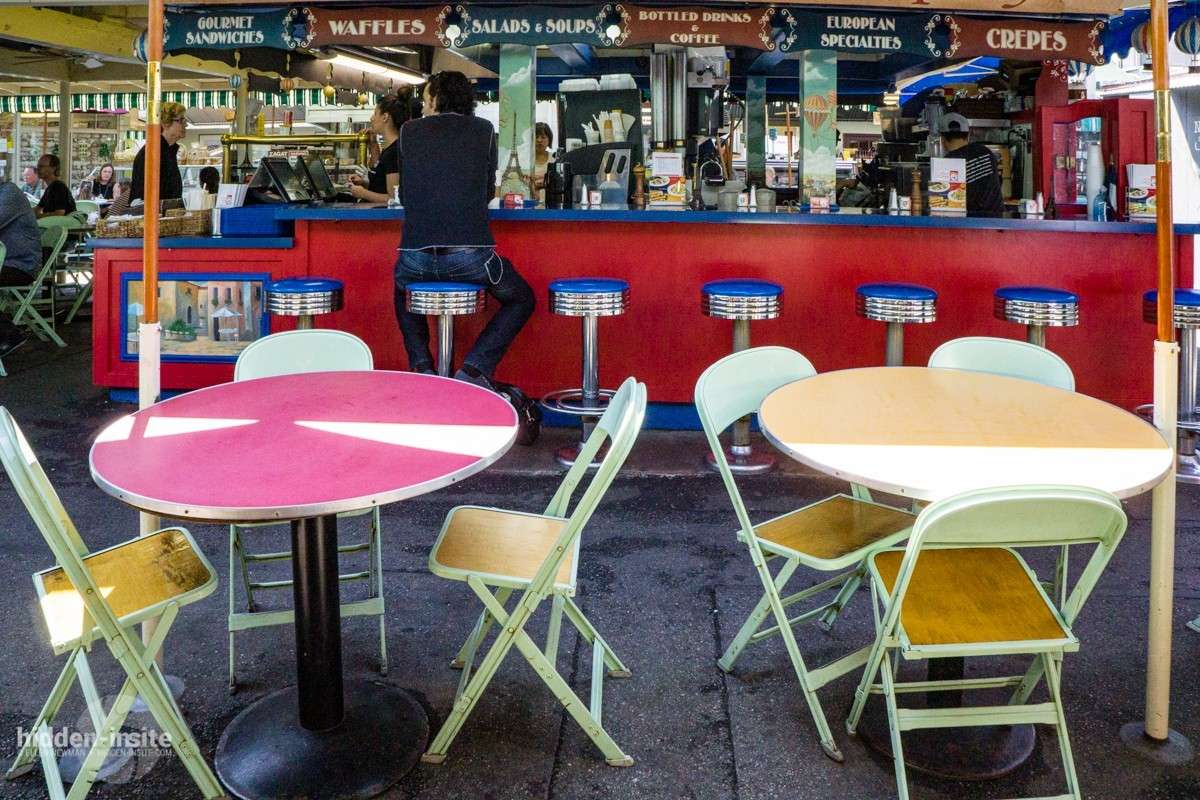 If she could drop into the Farmers Market today, my mother would still recognize the buildings, the colorful round tables where we had occasional lunches and frequent after-school snacks, and the bright green shopping carts. But she didn’t need to get her parking ticket validated or fight traffic heading to the Grove. Back then the land that is now the Grove was home to the Gilmore drive-in on the last bit of property left over from the original Gilmore dairy. 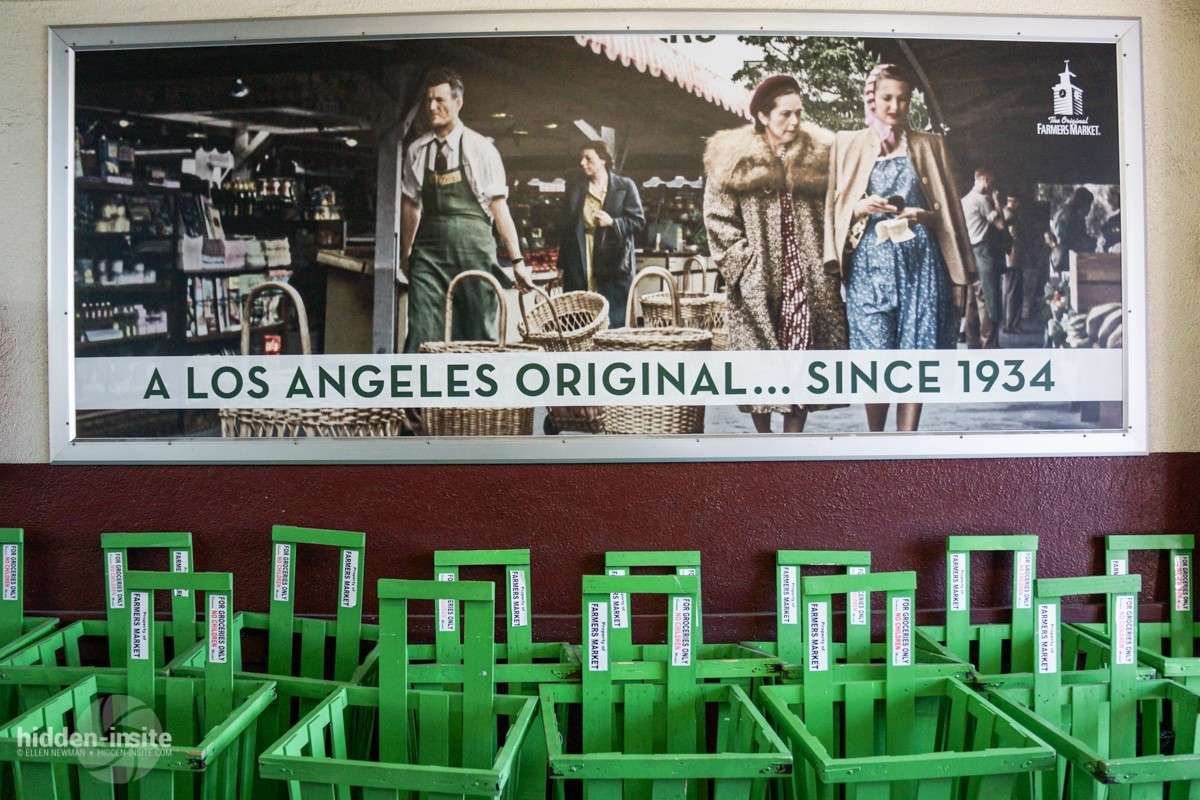 But I know my mom would have loved shopping at Monsieur Marcel Gourmet Market, crowded with an array of mustards and varieties of her favorite smelly cheeses. And she never got to taste the modern Mexican food located where the old Mexican place used to be. The new one, Lotería Grill, is so good it was featured in the LA episode of “I’ll Have What Phil’s Having.” 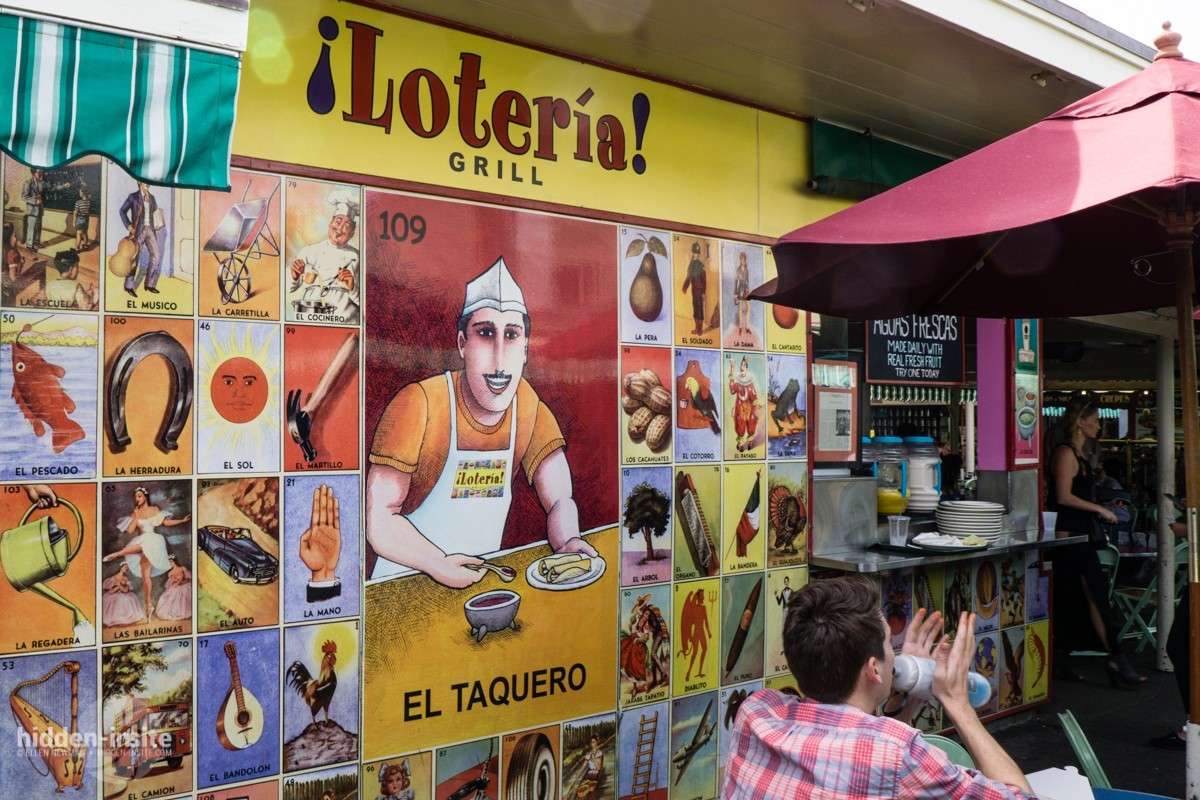 The Farmers Market was always crowded around Christmas. In the old days we used to avoid visiting on the week between Christmas and New Year’s because it would be filled with tourists who came to cheer on whichever Big-10 team was playing in the Rose Bowl.

But that was then. This is now. This is the year of Covid. Southern California is under strict lockdown.

We’re definitely not going to Los Angeles this year. Our family is broken into little pods scattered around the country. We’re not going anywhere. Not out for a movie or a Chinese dinner. Not to visit friends. The only nostalgia I can indulge this year is via memory, not visits. I may just have to make something from the Farmers Market Cookbook, itself a tasty bit of Los Angeles nostalgia. 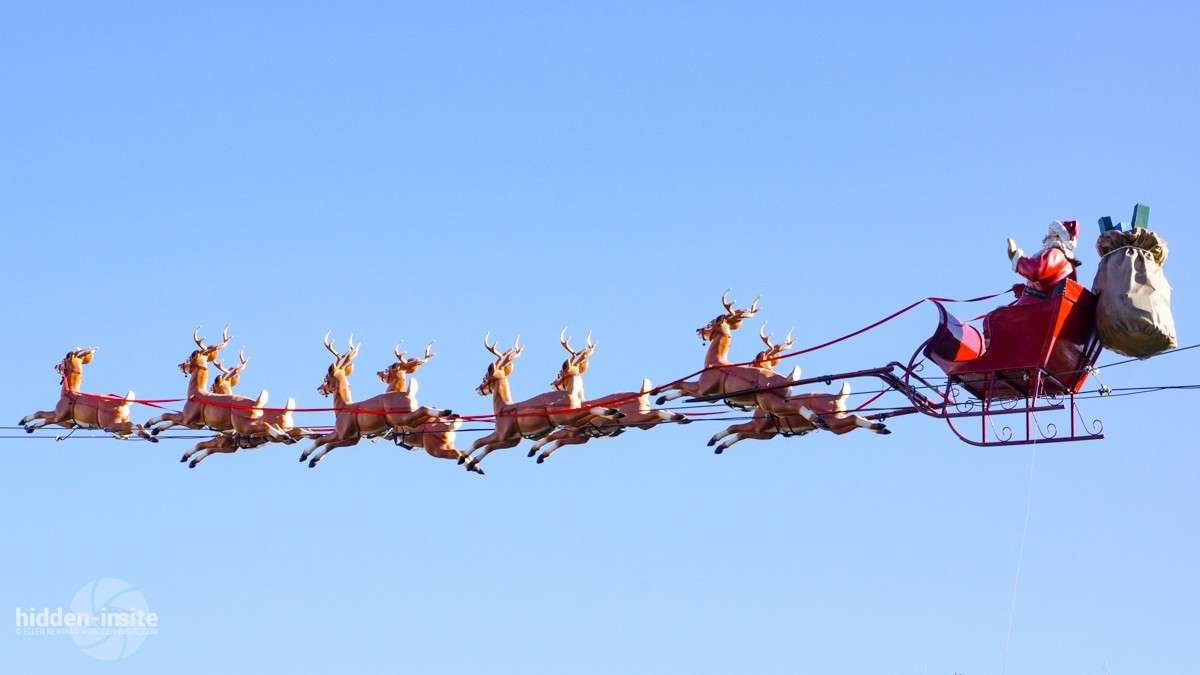 Now I’m just hoping that Santa’s 2020 sleigh has a giant freezer filled with vaccines for all the boys and girls, their parents and grandparents, who, naughty or nice, are all tired of spending their holidays on Zoom.

Me? I’m waiting for the day that celebrating holidays on Zoom itself becomes a nostalgic memory and that we can once again fill I-5 with strings of cars as we traverse the state and head back to our very own hometowns. 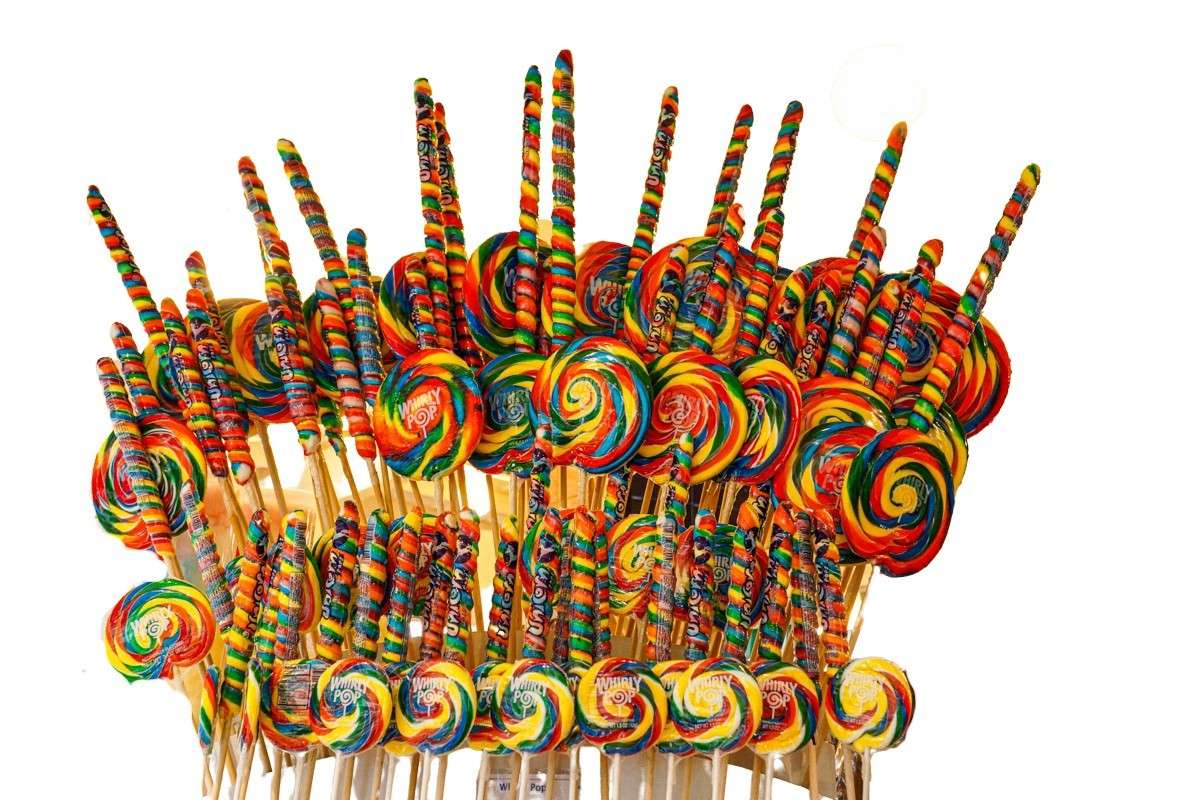